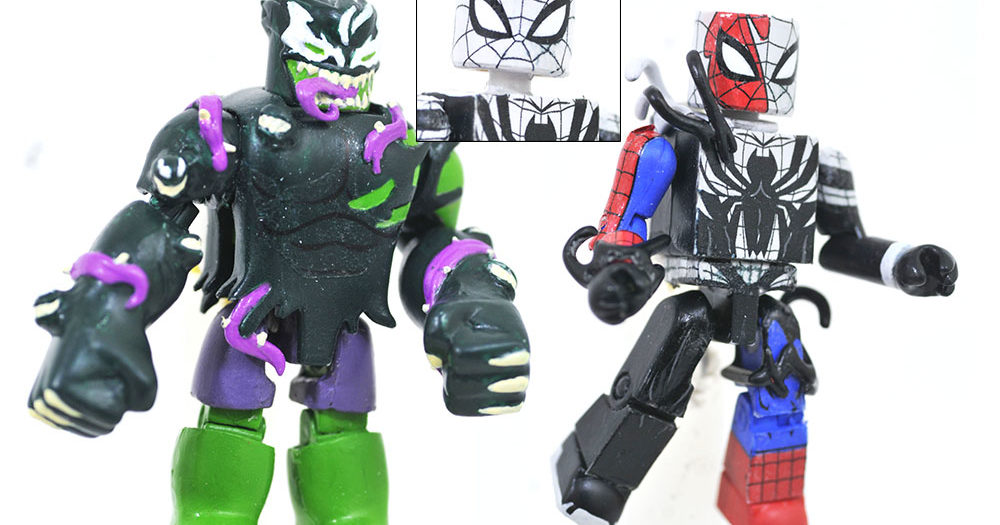 Walgreens stores have their latest Minimates series’ with a nice selection of Marvel superheroes that includes Venom, Hulk, Black Panther and more.

Unless I’m mistaken, it’s been a while since we’ve seen a new lineup of Minimates hit Walgreens. While there might gave been something of a drought, it’s certainly over now.

Diamond Select Toys has announced that the latest exclusives have landed, and it includes pretty nice selection of heroes and villains. In total, the new set includes 4 new two-packs, spread out across the Marvel animated universe.

At the same time as series 10, seen above, series 11 is also landing with yet another set of 4 two-packs. That set includes…

But wait, there’s more! Walgreens also has a mini-series of Spider-Man: Maximum Venom Minimates landing as well. The all-Venom pair of packs includes…

Jason's been knee deep in videogames since he was but a lad. Cutting his teeth on the pixely glory that was the Atari 2600, he's been hack'n'slashing and shoot'em'uping ever since. Mainly an FPS and action guy, Jason enjoys the occasional well crafted title from every genre.
@jason_tas
Previous First Bloodshot trailer arrives
Next NYCC 2019: Mezco One:12 expands with Mr. Freeze, Wonder Woman and more