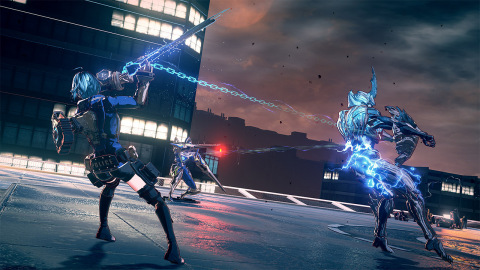 Astral Chain might’ve been running under your radar, but you might want to check out what’s this week’s big Switch release.

This is, all things considered, a monster of a week for Switch gamers. Nintendo is headlining Astral Chain, but there’s a lot more than just PlatinumGames’ latest.

Yep. that’s right, PlatinumGames. If you weren’t following Astral Chain, you might want to check it out. It’s looking like it might be a gem from the legendary action-gaming developer.

So what else is there this week? How about Spyro Reignited Trilogy? Maybe Torchlight II? What about Bubsy: Paws on Fire (don’t answer that)? Or maybe, just maybe, you’d be open to busting out your cell phone and firing up a little Mario Kart Tour.

All of the above is out now or launching this coming week. Of course, there’s more too, but those are the heavy hitters. Check out the entire listing below.

Jason's been knee deep in videogames since he was but a lad. Cutting his teeth on the pixely glory that was the Atari 2600, he's been hack'n'slashing and shoot'em'uping ever since. Mainly an FPS and action guy, Jason enjoys the occasional well crafted title from every genre.
@jason_tas
Previous Terrifying new Man of Medan launch trailer arrives
Next Mad Cave issues sneak peek at new wrestling-based comic