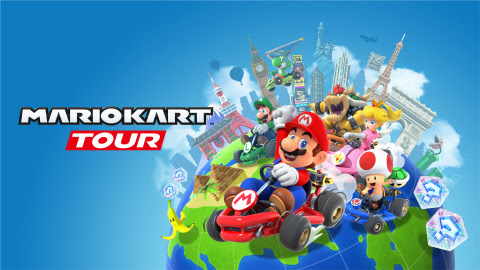 You’ll finally be able to play Mario Kart on your handset next month, with Mario Mart Tour landing on iOS and Android on September 25th.

“For the first time ever in a Mario Kart game, players can drive past giant Warp Pipes while drifting through a New York-inspired cityscape, all with the swipe of a finger,” said Nick Chavez, Nintendo of America’s Senior Vice President of Sales and Marketing. “Whether you’re an experienced Mario Kart pro or just getting your Mushroom Kingdom driver’s license, Mario Kart Tour is a game for everyone that brings some of Nintendo’s most beloved characters into the hands of players around the world.”

Nintendo continues its push into the mobile space with Mario Kart Tour. The new game follows on the heels of Doctor Mario and the original Nintendo mobile game – Super Mario Run.

Tour shares some things with those games, in that it’s free to start. The full version of course, will cost you some cash, but you can check it out for free and see if it’s to your tastes.

Where Tour really differentiates from the main Mario Kart series though, is that it features “real world” locations.

…”City courses, special in-game event courses inspired by real-world locations, will be available during specific time periods at launch and beyond. In addition to courses based on iconic locales, some Mario Kartcharacters will get variations that incorporate the local flavor of cities featured in the game.”

Gamers will be able to collect drivers, karts, and gliders as they play too, so there sounds like there’s a good deal of content to explore. That’s something that you’ll be able to do on September 25th. That’s when Mario Kart Tour arrives on both iOS and Android.

Jason's been knee deep in videogames since he was but a lad. Cutting his teeth on the pixely glory that was the Atari 2600, he's been hack'n'slashing and shoot'em'uping ever since. Mainly an FPS and action guy, Jason enjoys the occasional well crafted title from every genre.
@jason_tas
Previous Here’s the launch trailer for Spyro, hitting Switch and PC next week
Next Mega Man Zero Collection on the way this January