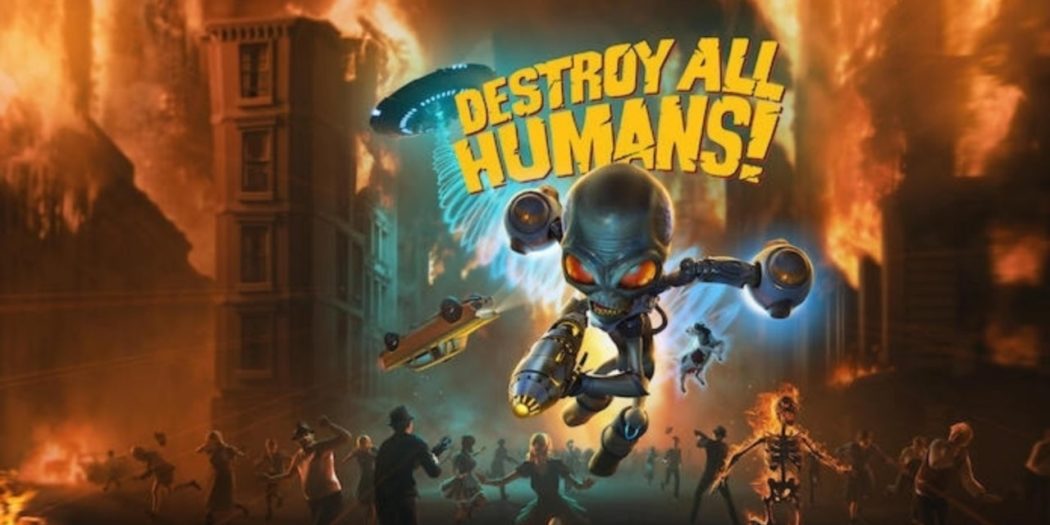 Home / News / Destroy All Humans! Remake Taking Over in 2020

Destroy All Humans! Remake Taking Over in 2020

There seems to be no short supply of game reveals in the lead up to E3. It appears that every day another trailer drops before the main event. One of the most exciting has been a very unexpected Destroy All Humans! remake.

In Destroy All Humans! you take control of Cryptosporidium-137, sent to Earth to harvest Furon DNA which is locked deep within the human brain. You must complete this mission in order to save the Furon race from cloning themselves into extinction. All the while finding out what happened to your last clone. Using your saucer and arsenal of alien weaponry, no task is too great for this little green man.

A remake itself isn’t surprising as it feels like every other game is either a remake, remaster or reboot, but Destroy All Humans! is certainly one I wouldn’t have had my money set on. No complaints will be found here and am I very glad this is being made. Especially after Path of Furon.

They were kind enough to give us a rather interesting trailer while we wait for further information.

Helmed by THQ Nordic and Black Forest games, using the mighty power of Unreal Engine 4. 2005’s Destroy All Humans! is a complete remake, and improved upon by the sounds of it. It will also include previously cut content, Lost Mission of Area 42.

In an update for the game THQ states that Crypto is more agile, his aerial combat is improved, (thank goodness) the psychic abilities can be used together with weapons. The most interesting part of the update is about the telekinesis – ‘And the new Psychokinesis… ever wondered what’d happen if a Jedi had a love child with the Goat Simulator?.’

Whether thats just a more quirky way of saying that the telekinesis is going to be better or that they’ve completely overhauled it and made it something new and different, I don’t know. I am very excited however, to find out whatever I can about this remake.

There is no definite release date yet, all we have is 2020. We do know that it will be releasing on Xbox One, PS4 and PC. That’s one more remake for PC, now we just need Spyro and Crash Team Racing. We’re waiting…