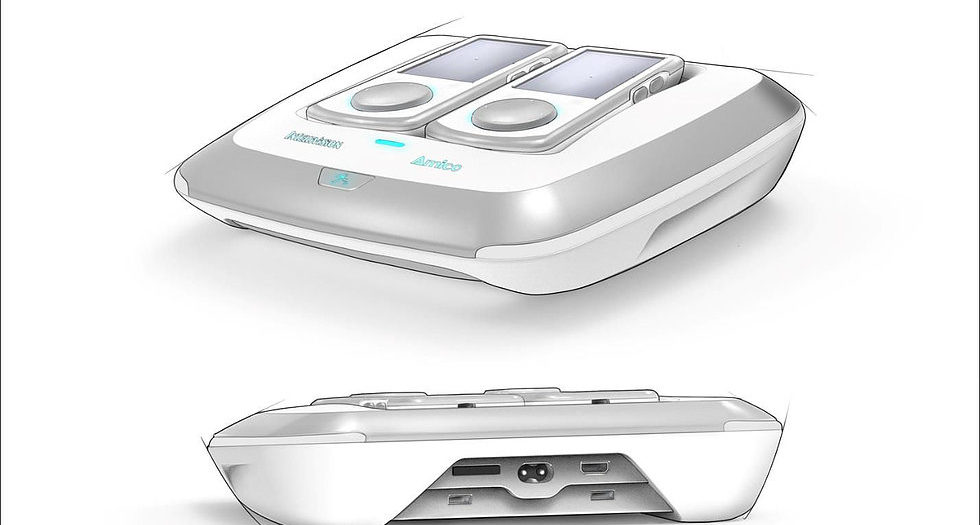 Prepping for a big show is Intellivision, who’ll be bringing a big 22 games to E3 2019 as the company gets their new Amico console ready for prime time.

The Amico is coming, ready or not. The Intellivision name hasn’t been pasted on a new console since the early 80s. But even so, it’s coming back big time in the near future. At least, CEO Tommy Tellarico hopes it is.

Tellarico and crew will be showing the new console off at E3 this month. Unfortunately though, it’ll be done behind closed doors. So you probably won’t see very much of the reported 22 games that they’ll be bringing along with them. There is a reason for the secrecy according to the Intellivision big. It comes down to basically being able to get the points across that the company needs to.

The reason it will only be seen behind closed doors is because we are still a year and 4 months away from launch and we want to be sure we can take the appropriate time with the appropriate folks to explain our goals. But we will be showing as much as we can as we are so excited about how incredible all of the games are turning out! Our commitment to bring family & friends of all skill levels back together in a room to play video games again is getting closer and closer each and every day.

Intellivision will be taking a “four pronged” approach to their new console. Every game that graces the system will be exclusive to it too, so you won’t find the Amico’s catalog elsewhere. Presumably that includes the new Earthworm Jim game that was announced too. So if you want the new Jim, then you need an Amico.

So what’s that four pronged plan?

With offices opening globally, and the proprietary “Karma Gaming Engine” behind it, Intellivision means business. The Amico is scheduled to land in homes in late 2020.

Jason's been knee deep in videogames since he was but a lad. Cutting his teeth on the pixely glory that was the Atari 2600, he's been hack'n'slashing and shoot'em'uping ever since. Mainly an FPS and action guy, Jason enjoys the occasional well crafted title from every genre.
@jason_tas
Previous World War Z gets infusion of fresh content
Next Possible Watch Dogs 3 info leaks out