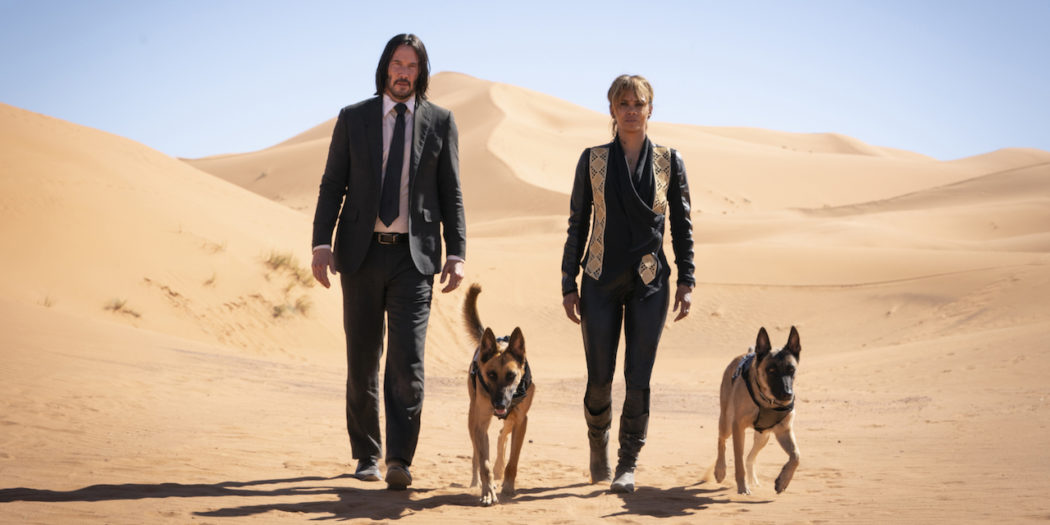 Landing at theaters this spring, John Wick: Chapter 3 – Parabellum is looking all kinds of awesome in this first trailer.

If you remember the end of John Wick 2, then you know that John was in a bad way. Left on the outs with the global underworld, he was about to be on the run as a general grace period ran dry.

Chapter 3 picks up right from that ending. Like, right up from it from the looks of things here in this first look. Of course, it goes without saying that the movie will try and continue the series’ stylish action all the way through. It’s kind of its thing after all.

In this third installment of the adrenaline-fueled action franchise, super-assassin John Wick (Keanu Reeves) returns with a $14 million price tag on his head and an army of bounty-hunting killers on his trail. After killing a member of the shadowy international assassin’s guild, the High Table, John Wick is excommunicado, but the world’s most ruthless hit men and women await his every turn.

Starring Reeves and Halle Berry, John Wick: Chapter 3 – Parabellum lands in theaters on May 17th. Grace period is most definitely over.

Jason's been knee deep in videogames since he was but a lad. Cutting his teeth on the pixely glory that was the Atari 2600, he's been hack'n'slashing and shoot'em'uping ever since. Mainly an FPS and action guy, Jason enjoys the occasional well crafted title from every genre.
@jason_tas
Previous New Power Rangers fighting game on the way
Next Mortal Kombat 11 revealed