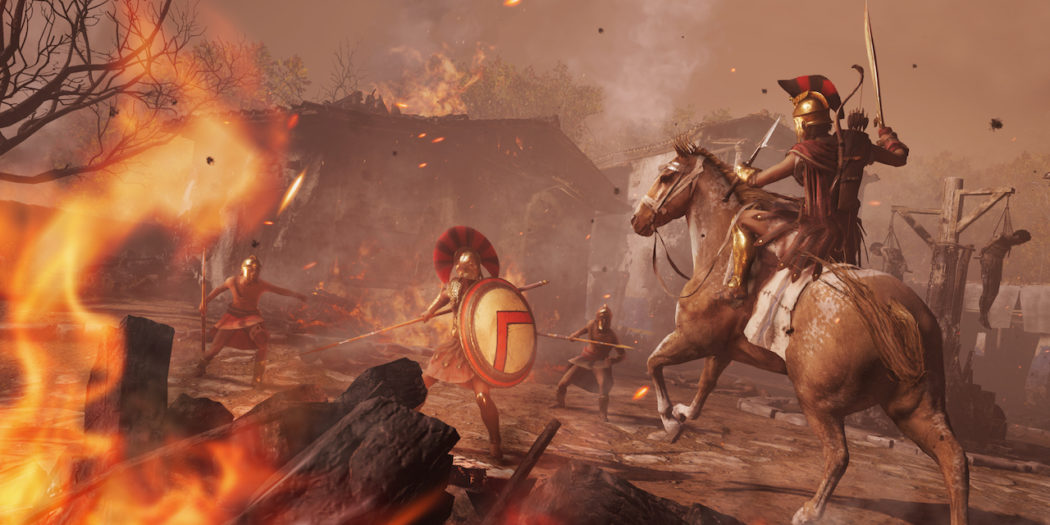 Assassin’s Creed Odyssey’s ambitious dlc plan begins next week, with the Legacy of the First Blade. You can imagine what it’s about.

If you somehow aren’t aware, Assassin’s Creed Odyssey has some very interesting DLC. The post-launch content planned will bring players two fresh story arcs throughout 2019. The meaty offerings are why there’s no core AC title being released next year.

The second pack will send gamers to Atlantis in Legacy of Atlantis too. I imagine there are bound to be a few long-standing questions answered there. But before we get to that, Ubisoft will be releasing Legacy of the First Blade. Spread out across three episodes, Legacy will bring Darius, the first wielder of the hidden blade, into the spotlight.

The first episode, Hunted, will release December 4 across all available platforms. Throughout Hunted and the following two episodes, players will continue their grand Greek Odyssey to encounter Darius, the legend who was first to wield the Assassin’s Hidden Blade.

As the story of Hunted unfolds, players will discover whether Darius is friend or foe, while meeting new characters, engaging in gripping naval combat, fighting new and powerful enemies, and uncovering revelations about the Assassin’s Creed universe.

In addition to the story elements, Ubi also says you’ll encounter new characters, and “customize new equipment and master new special abilities”. So this is set to be a pretty full-fledged expansion.

Both packs are part of the season pass too. If you’re liking how this is sounding, then you might want to pick that up and get all of the episodes from both new packs. Of course, that season pass also includes the remaster of both Assassin’s Creed III and Assassin’s Creed Liberation. Enough incentive for you?

Requiring the base game to play, Legacy of the First Blade lands on digital storefronts on December 4th.

Jason's been knee deep in videogames since he was but a lad. Cutting his teeth on the pixely glory that was the Atari 2600, he's been hack'n'slashing and shoot'em'uping ever since. Mainly an FPS and action guy, Jason enjoys the occasional well crafted title from every genre.
@jason_tas
Previous Limited-time digital Udon popup shop opens its doors tomorrow
Next First Young Justice season 3 trailer arrives