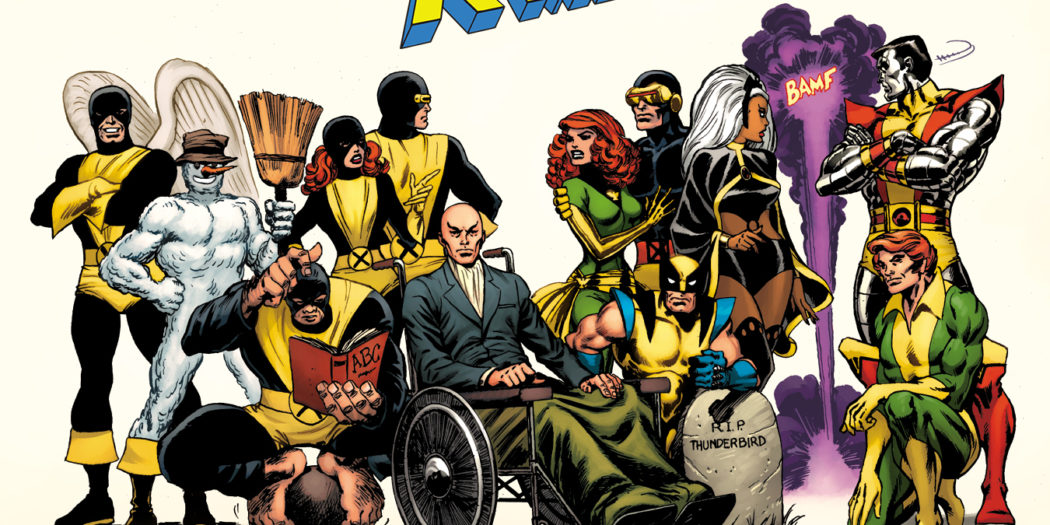 What was it we were saying earlier this week about Uncanny X-Men covers? Oh right, there’d be a bunch coming up. And here we are with the second of the variants.

This November, UNCANNY X-MEN returns with a new ongoing series, bringing together nearly every mutant left on earth in a story that threatens to destroy them. It’s an epic tale of mystery and tragic disappearance, with an adventure so earth-shattering, it could very well be the X-Men’s FINAL mission!

Earlier this week we ran a story showcasing a variant cover for the upcoming Uncanny #1 starring the talents of Jen Bartel. At the time, that was the only one, but this is Marvel we’re talking about here. In the last couple of years, the publisher doesn’t often waste an opportunity to produce a slew of variant covers, and Uncanny will be no different.

So today we have the second variant cover, from one Dave Cockrum. It’s a classic image, in a line of art that Marvel has dubbed Hidden Gems. What that basically shakes out to is that it’s a remaster of sorts. And it’s a pretty fitting one at that, since it shows off two generations of X-Men. That’s apropos since this new dawn for Uncanny will have a brand new team as well.

Over the next few weeks, we’re probably have a bunch more for you to see too. You’ll find them here in this article, so make sure you check back.

Uncanny X-Men #1 lands on the racks on November 14th.

Jason's been knee deep in videogames since he was but a lad. Cutting his teeth on the pixely glory that was the Atari 2600, he's been hack'n'slashing and shoot'em'uping ever since. Mainly an FPS and action guy, Jason enjoys the occasional well crafted title from every genre.
@jason_tas
Previous NYCC 2018: Valiant Comics talks march, giveaways, and more
Next Playmobil Fishlegs and Meatlug (Toy) Review