NYCC is coming up fast, and Valiant Comics is talking about the myriad of giveaways and merchandise that they’ll have on hand at this booth. Yes, that includes that Bloodshot figure.

There is a ton of stuff that Valiant Comics is planning to have at their booth on the show floor at NYCC. That’s nothing too new for the company, since they usually have all kinds of things for sale. I’m thinking this year might be a high water mark though, since there is some seriously cool stuff here.

Chief among those things is the Bloodshot 12″ figure from Phicen. A high end collectible at $160 USD, Bloodshot is hard to get as it is, and will be available at Valiant’s booth in super limited quantities. So, you know the drill – get there early if you want one.

Also in the Bloodshot arena is a pretty cool hat for sale, and a giveaway featuring the character’s new series. Have a full look at the company’s offerings below. 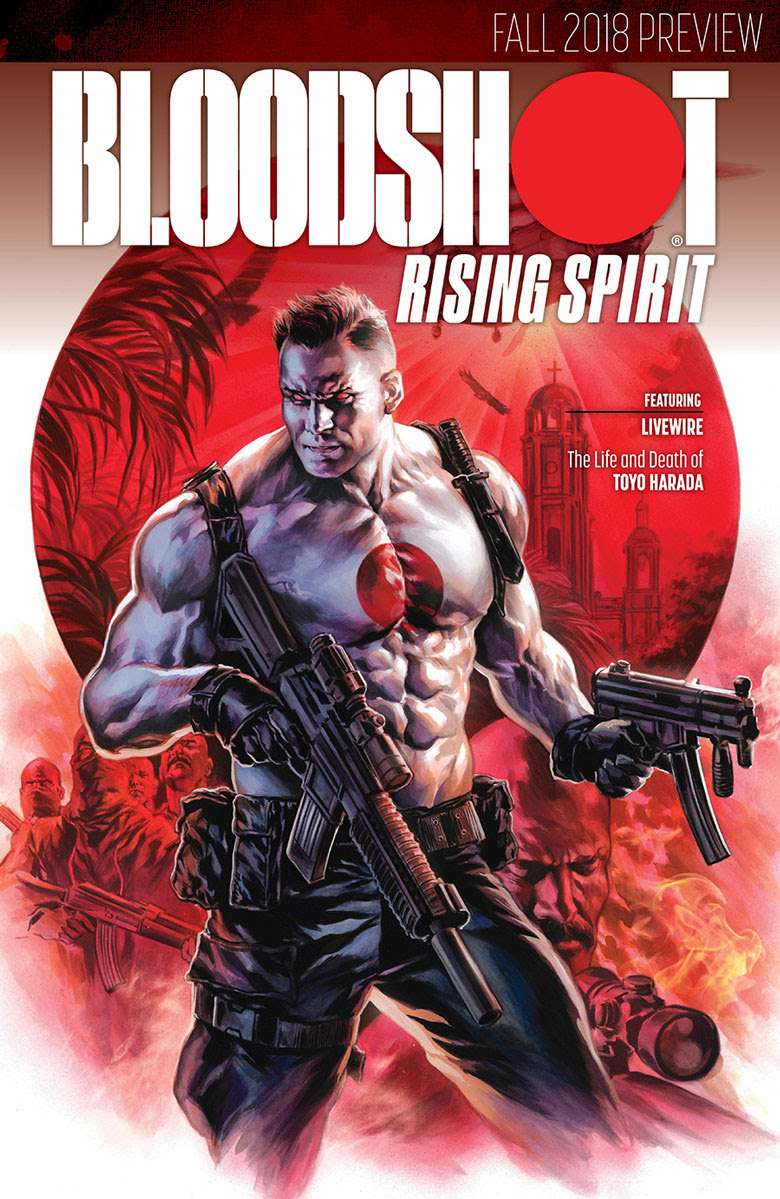 Get a first look at Valiant’s most anticipated upcoming series with previews for BLOODSHOT RISING SPIRIT #1, LIVEWIRE #1, and 2019’s THE LIFE AND DEATH OF TOYO HARADA #1! 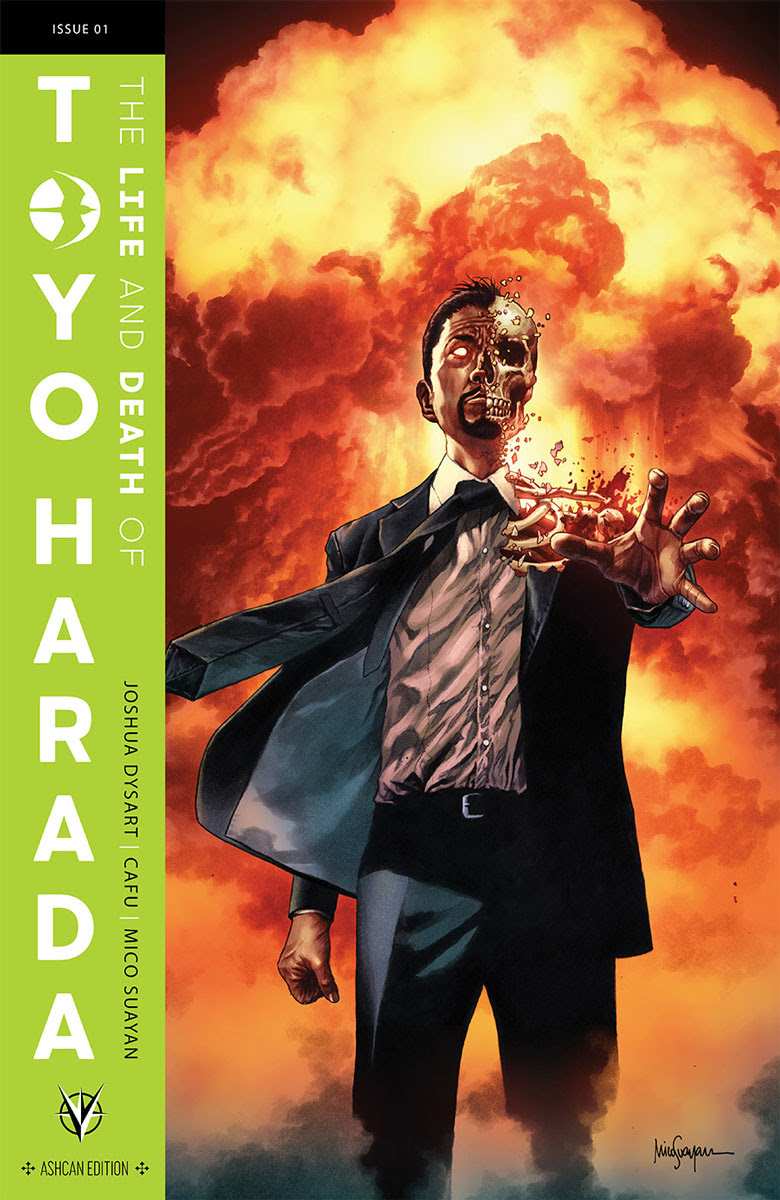 THE LIFE AND DEATH OF TOYO HARADA #1: RETAILER-EXCLUSIVE ASHCAN EDITION 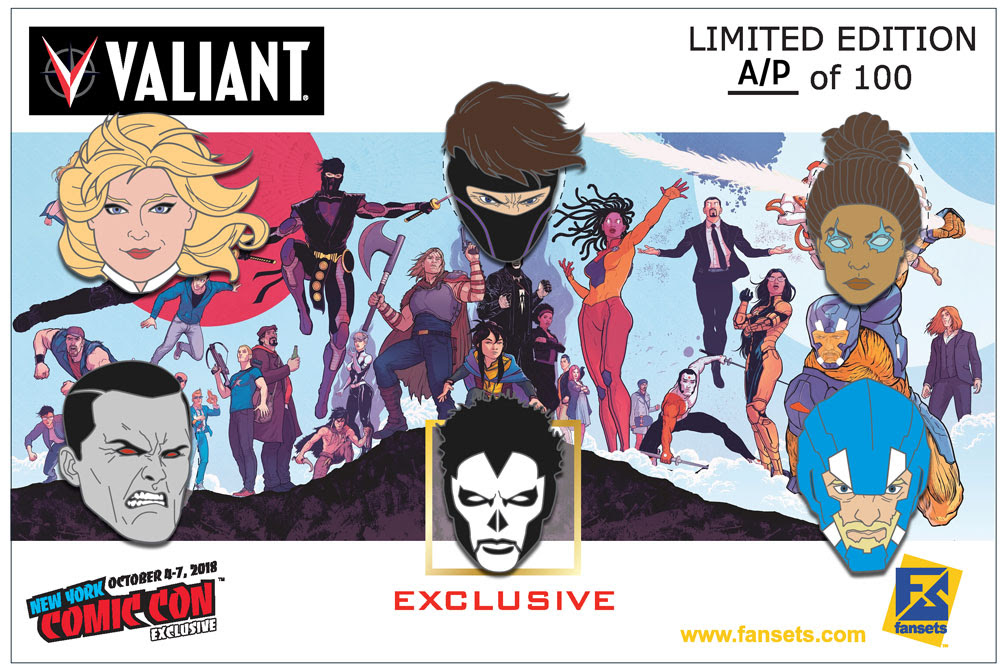 Limited to only 50 sets at Valiant Booth #1635, collect all five of Valiant’s newest convention-exclusive pins at once – plus an extra SHADOWMAN pin exclusive only to this collection – on a limited-edition exclusive backer card that can’t be found anywhere else! 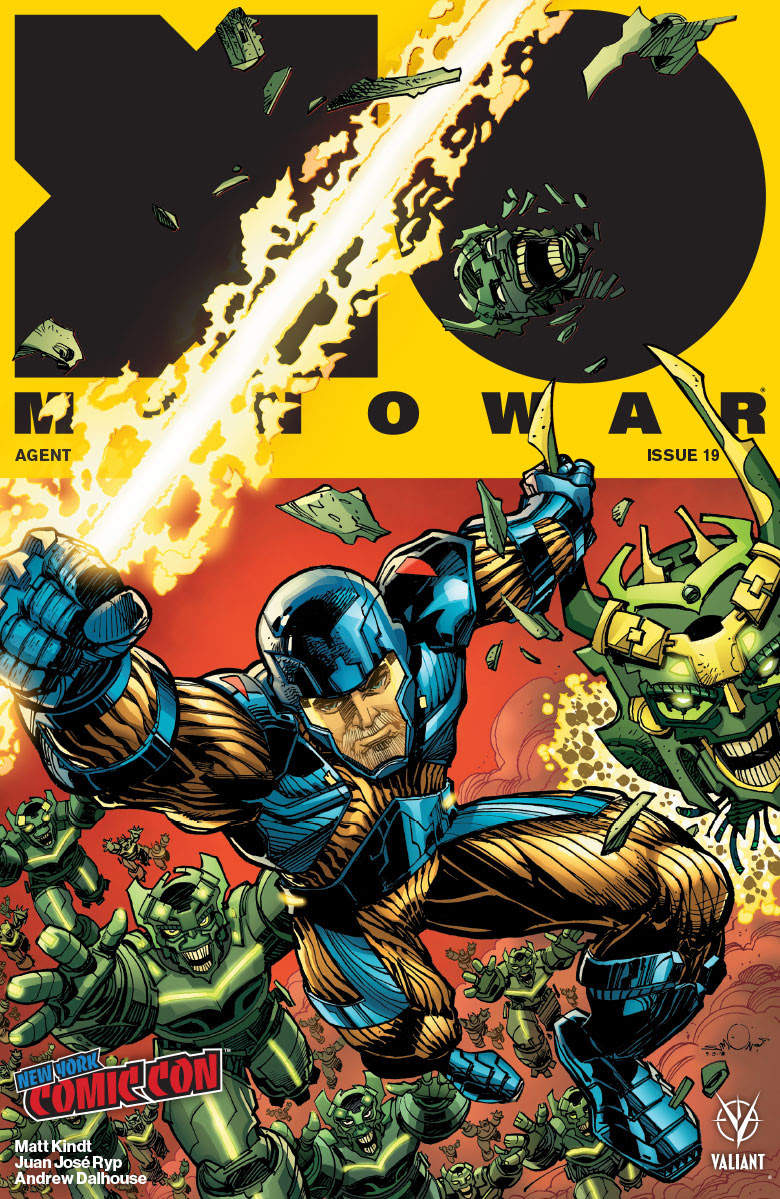 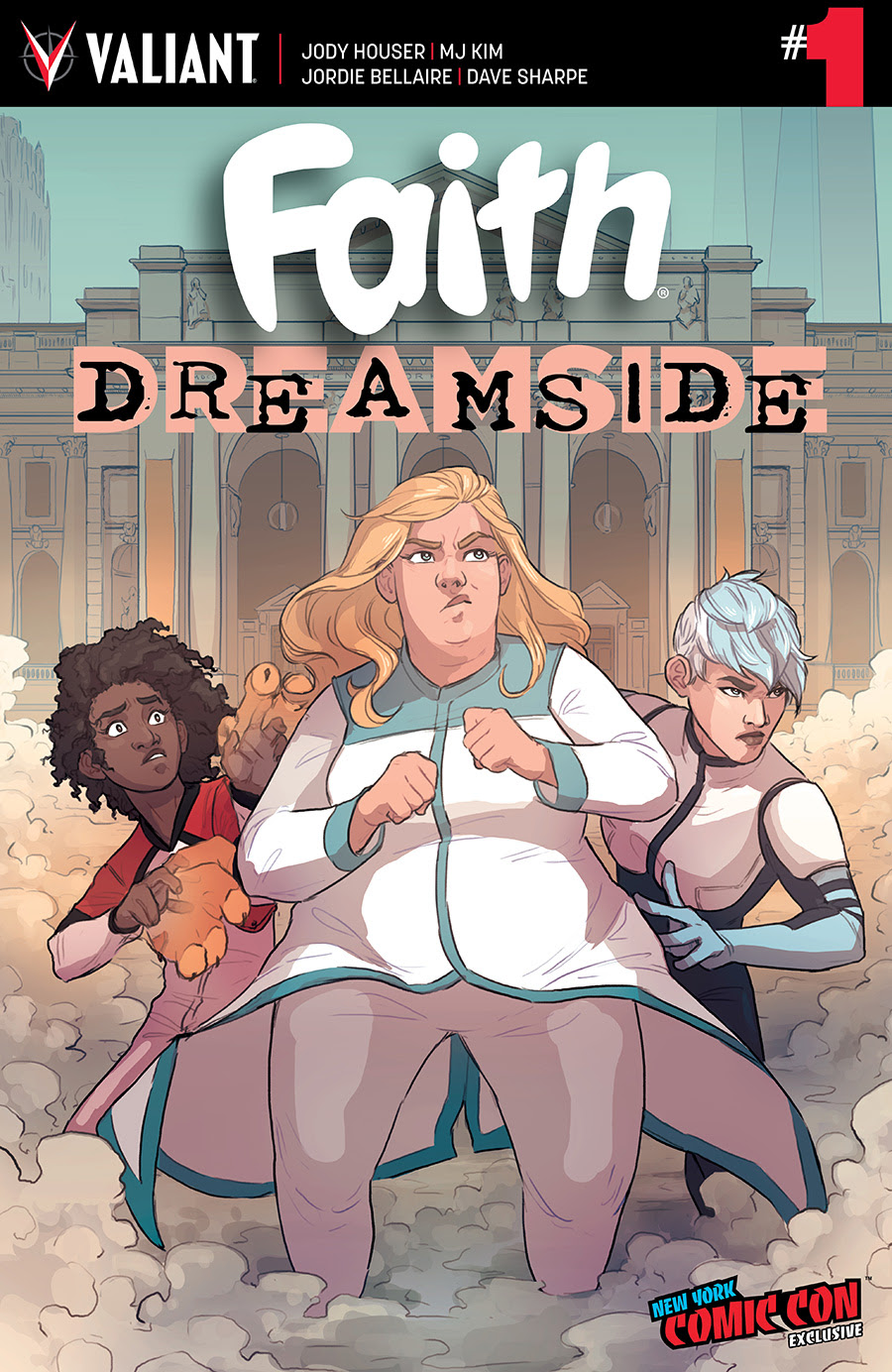 Available exclusively via the Reedpop store at NYCC! Faith and Doctor Mirage take their team-up to the New York Public Library in this exclusive cover drawn by Becca Farrow (Ladycastle) for the next exciting miniseries by Jody Houser and MJ Kim! 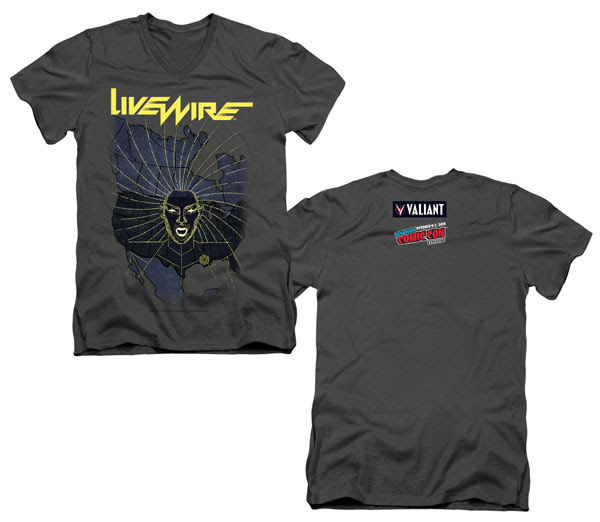 Featuring art from the cover of HARBINGER WARS 2: AFTERMATH #1 by Raúl Allén! Available in
sizes S–XXXL. 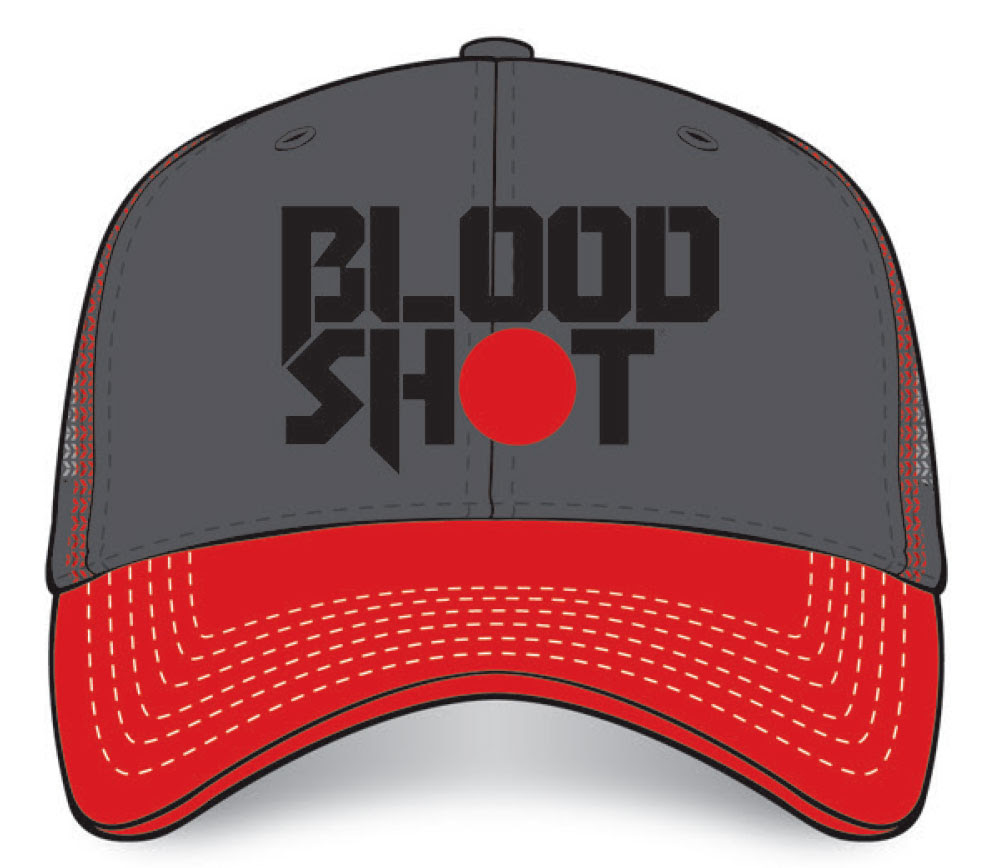 With the BLOODSHOT movie set to arrive in 2020, now’s the time to start showing your love for Valiant’s most unrelenting hero with this convention-exclusive logo cap! 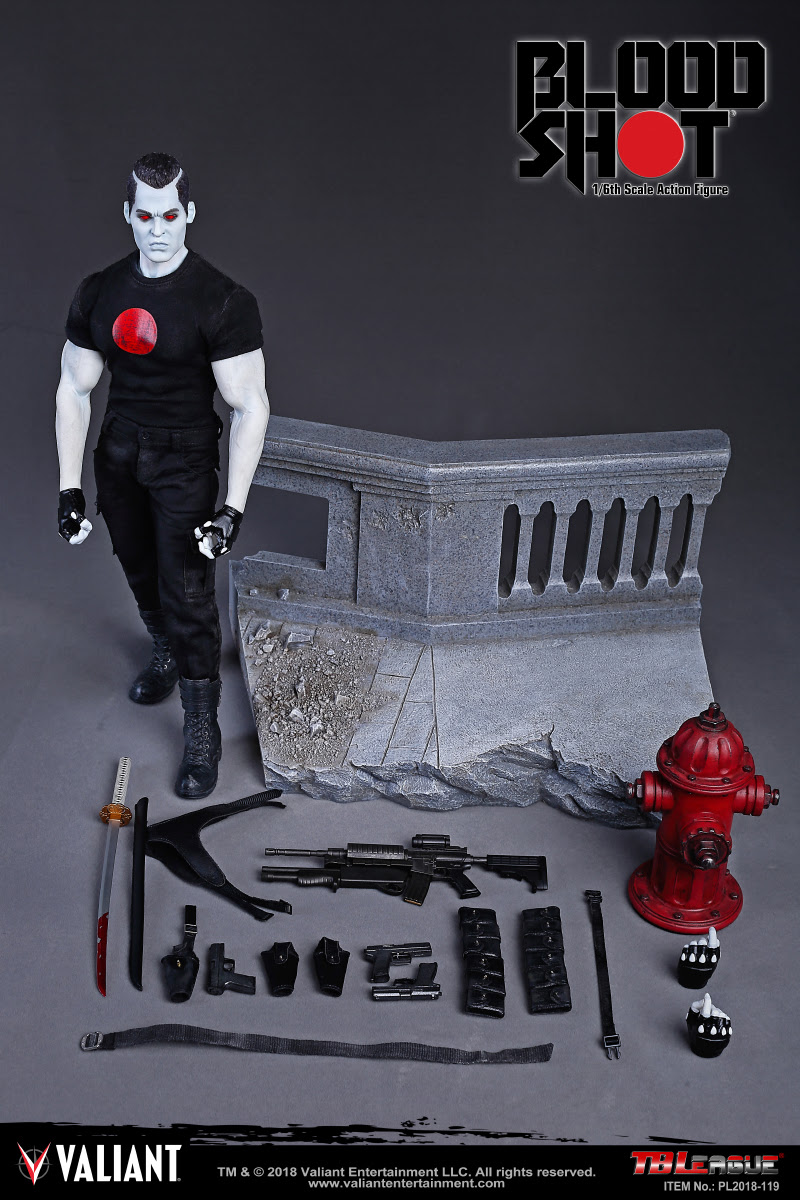 Making its convention debut, this highly posable and superbly detailed action figure comes with a plethora of action-packed accessories! Only a handful of these bad boys will be sold at Valiant Booth #1635, so don’t wait!

Valiant has partnered up with FanSets once again for a brand-new enamel pin set featuring the heads of Valiant’s most popular heroes! 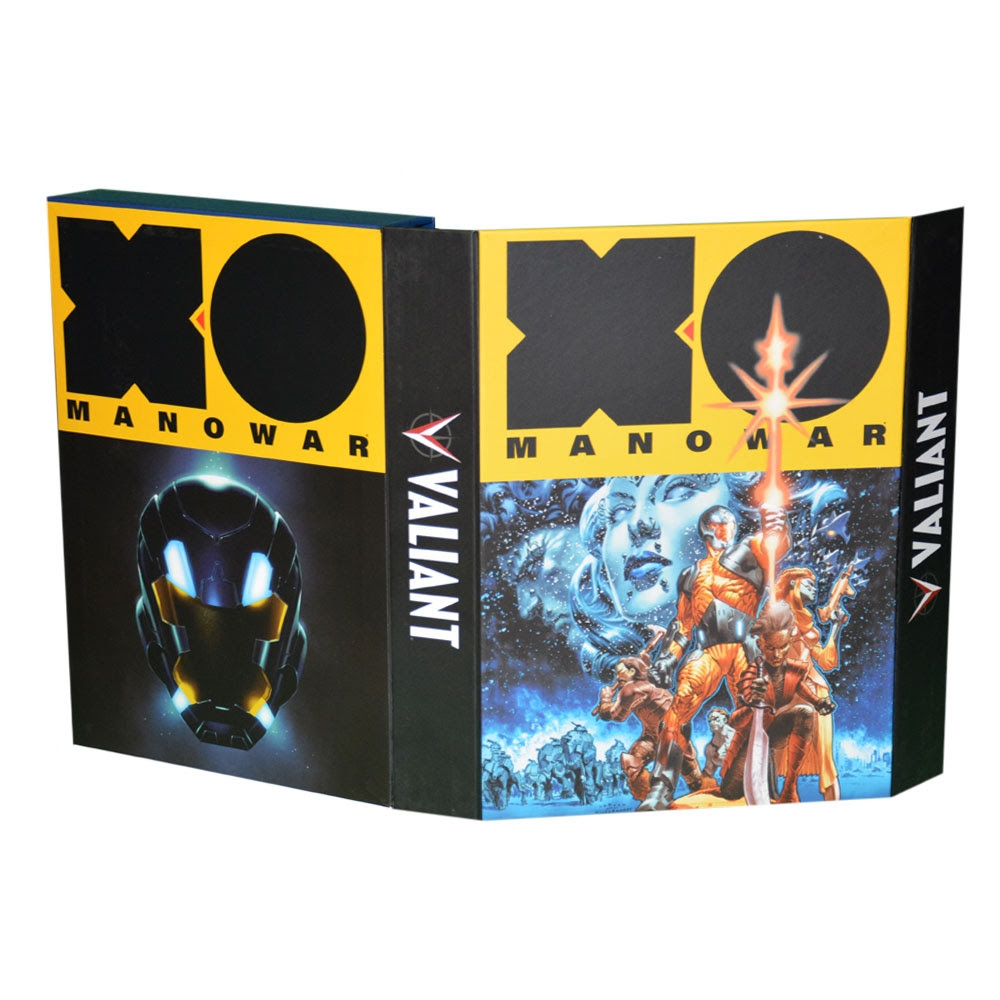 Carry up to 20 of your favorite Valiant comics, or 15 bagged and boarded comics, in this sturdy drop-back portfolio featuring art by Lewis LaRosa and Monika Palosz! 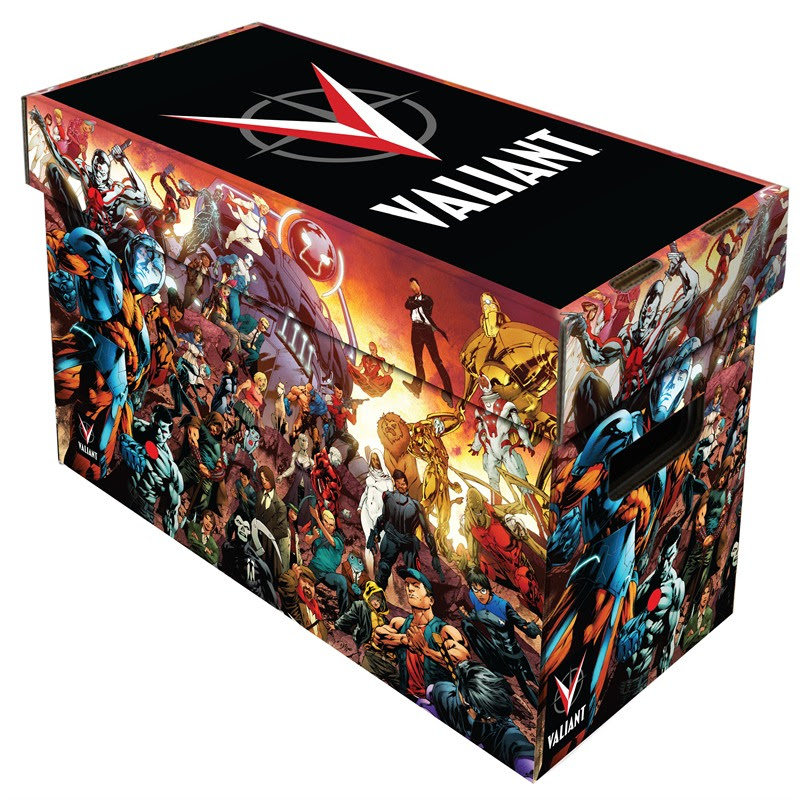 Featuring the Valiant Universe’s vast roster of characters in wraparound artwork by Diego Bernard, this durable storage box can hold anywhere between 150 to 175 comics!

Make your morning coffee a little more Valiant with these hand-crafted, hand-painted, 3D mugs featuring the faces of your favorite comic characters! 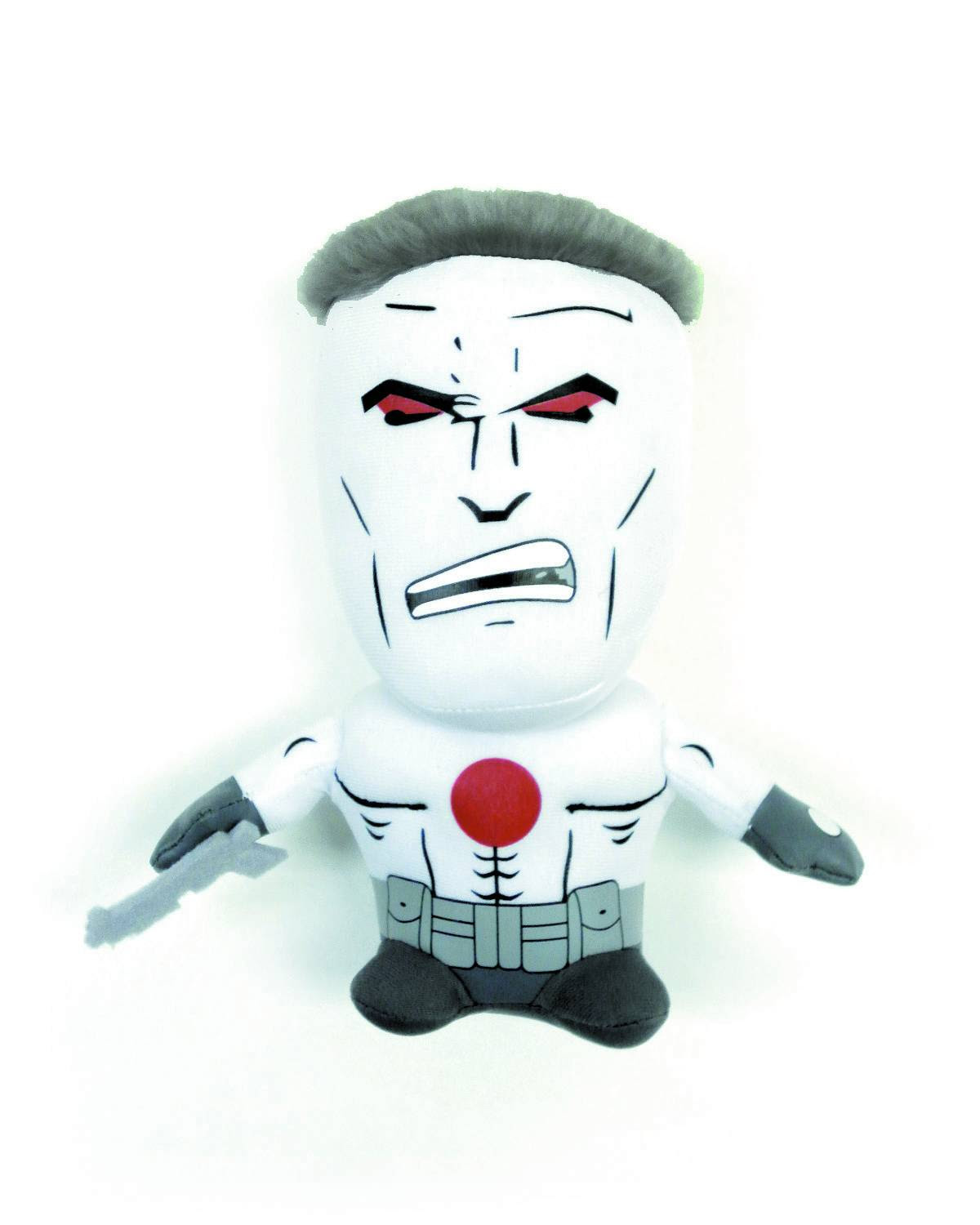 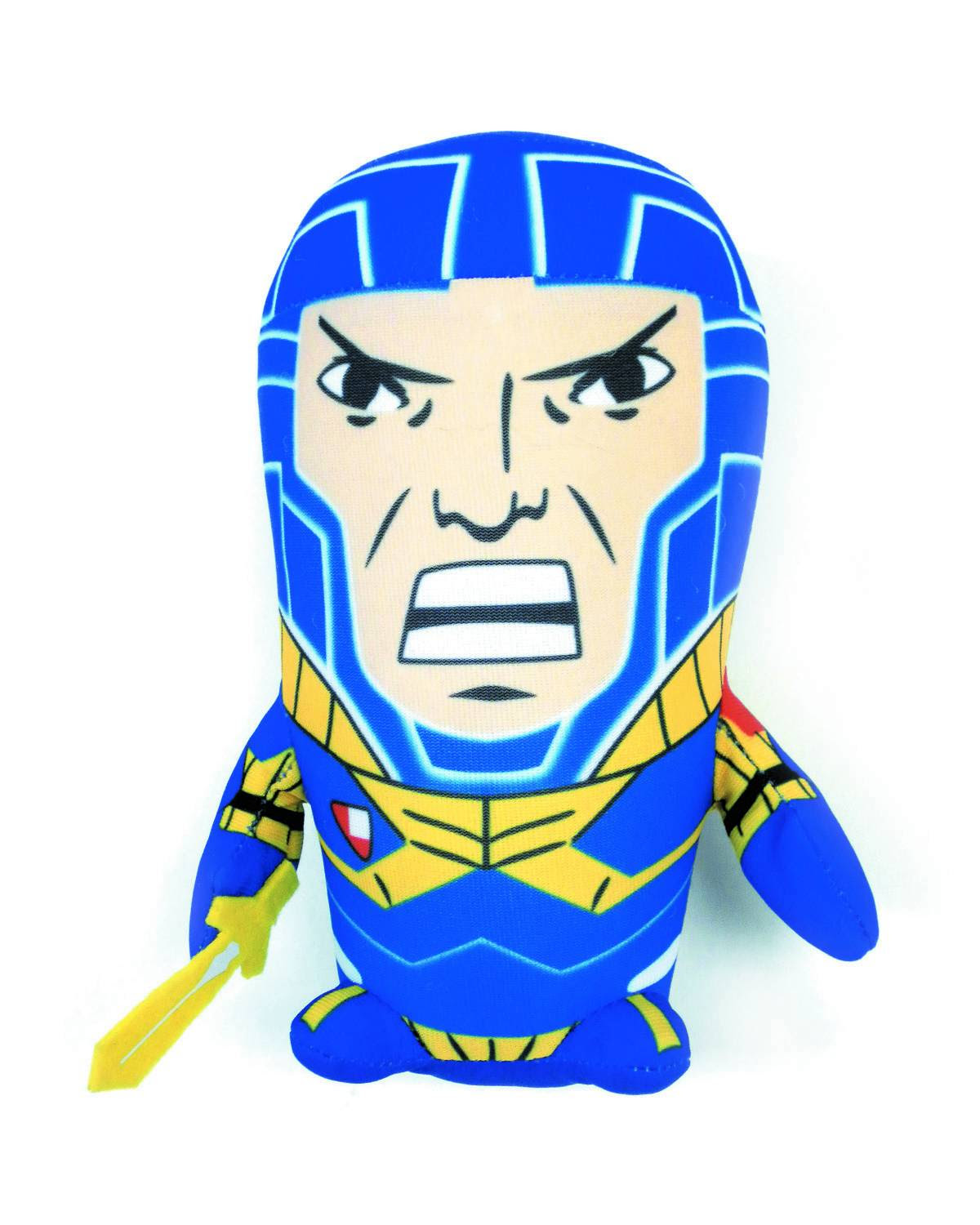 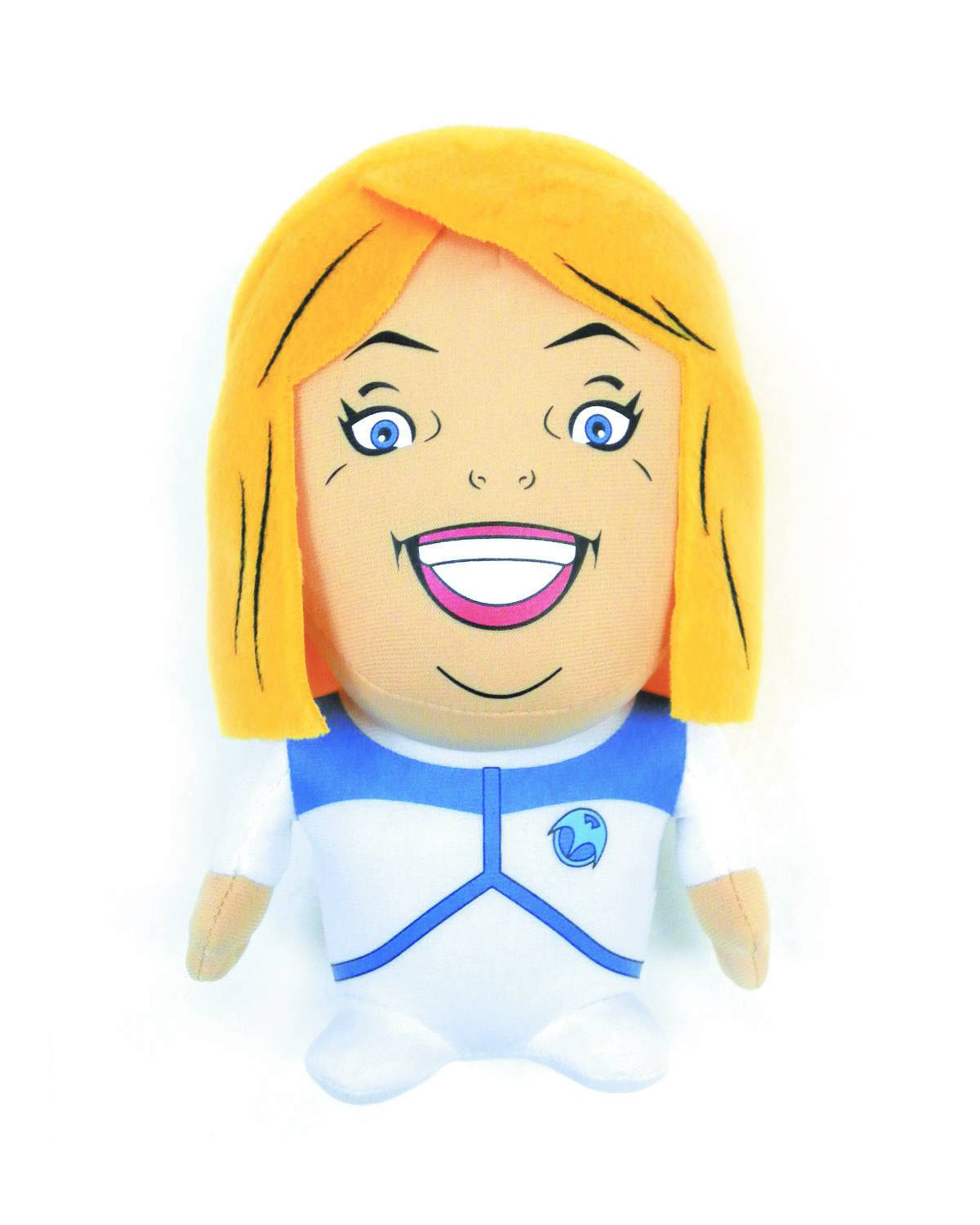 Valiant’s ever-popular, super-deformed plush dolls are back – and just as collectible as ever! The heroes in the VALIANT UNIVERSE must team up to stop their former ally in this card game by
Overworld Games! Are you up for the challenge? 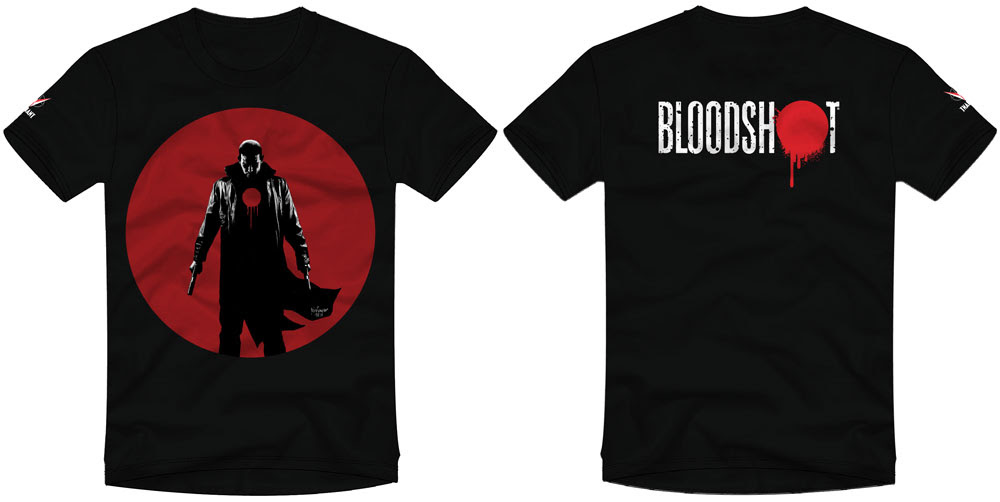 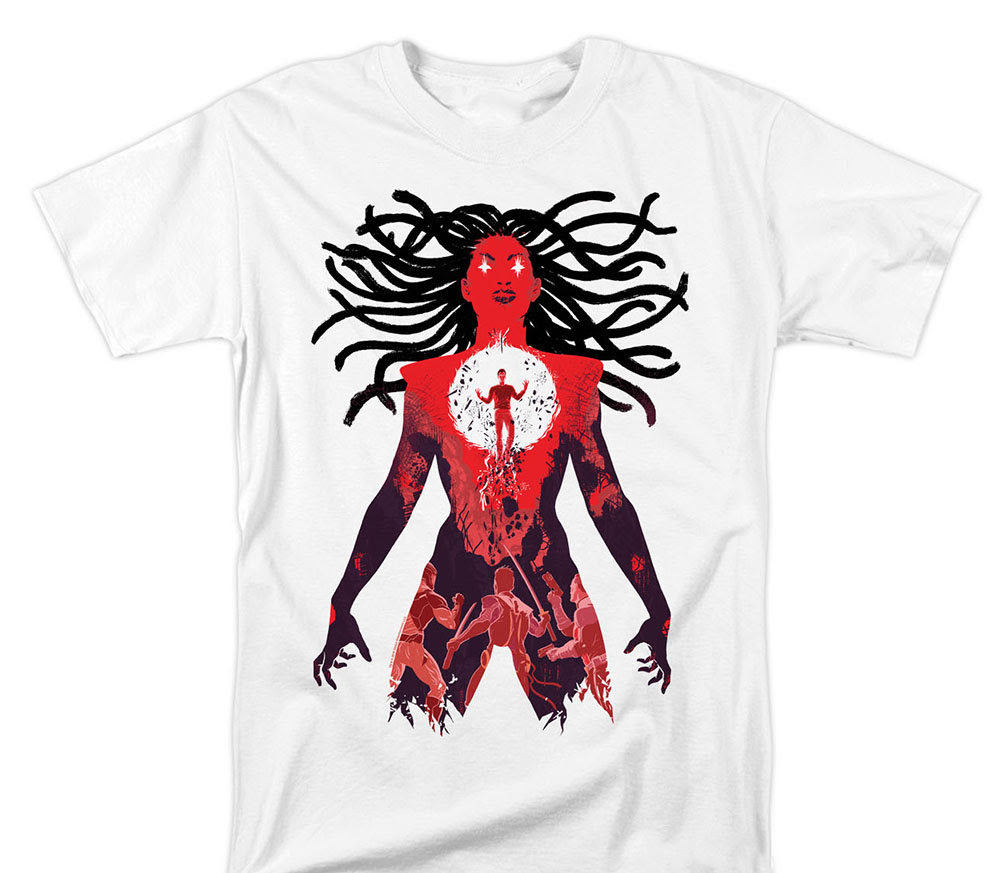 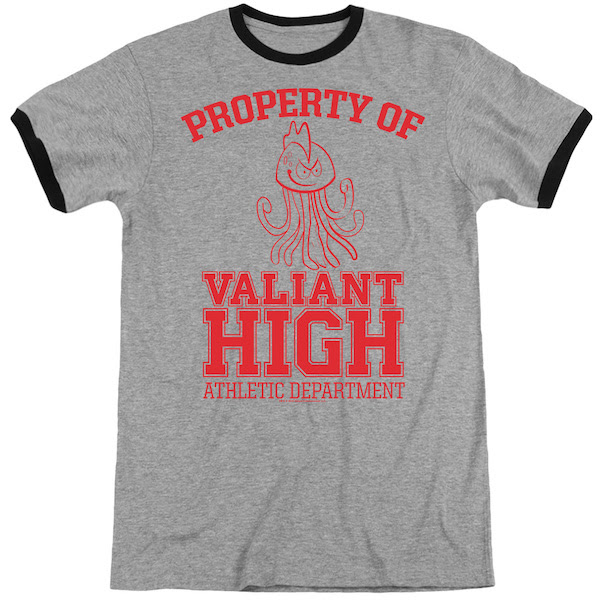 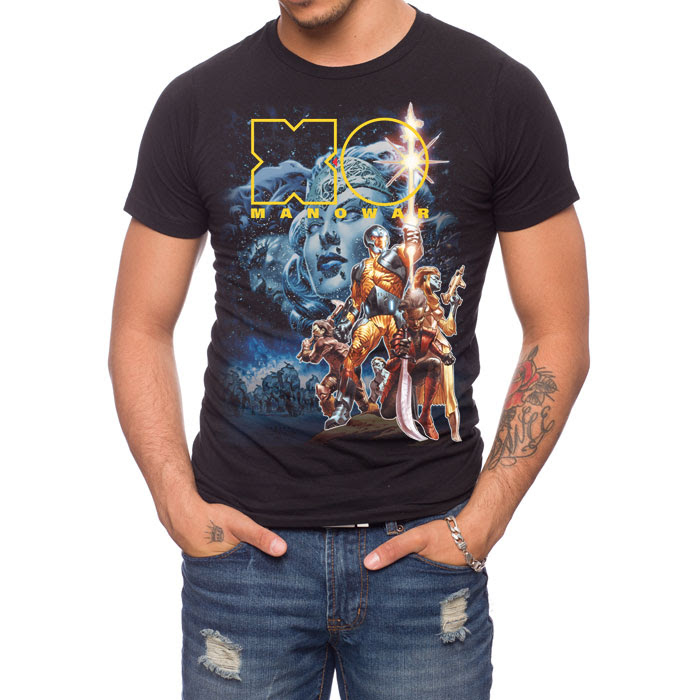 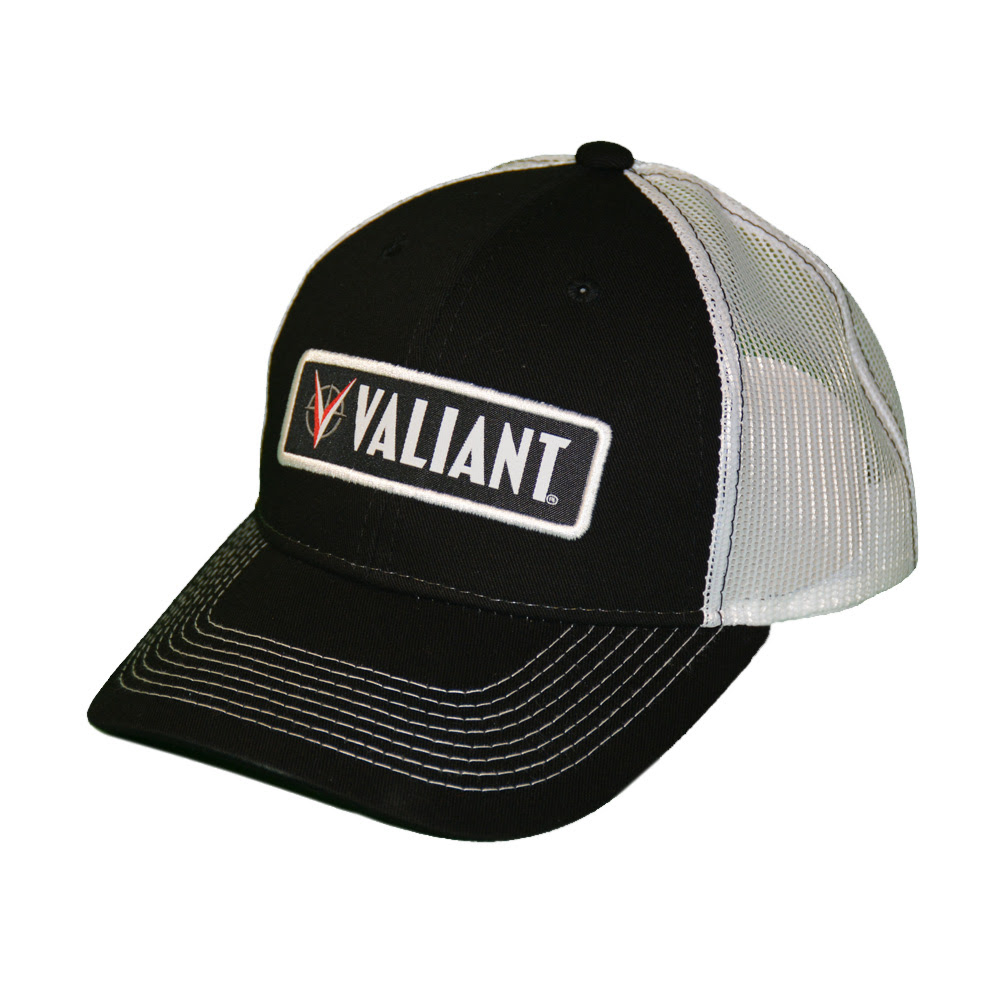 VALIANT LOGO BASEBALL CAP [$25] Produced by Jack of All Trades 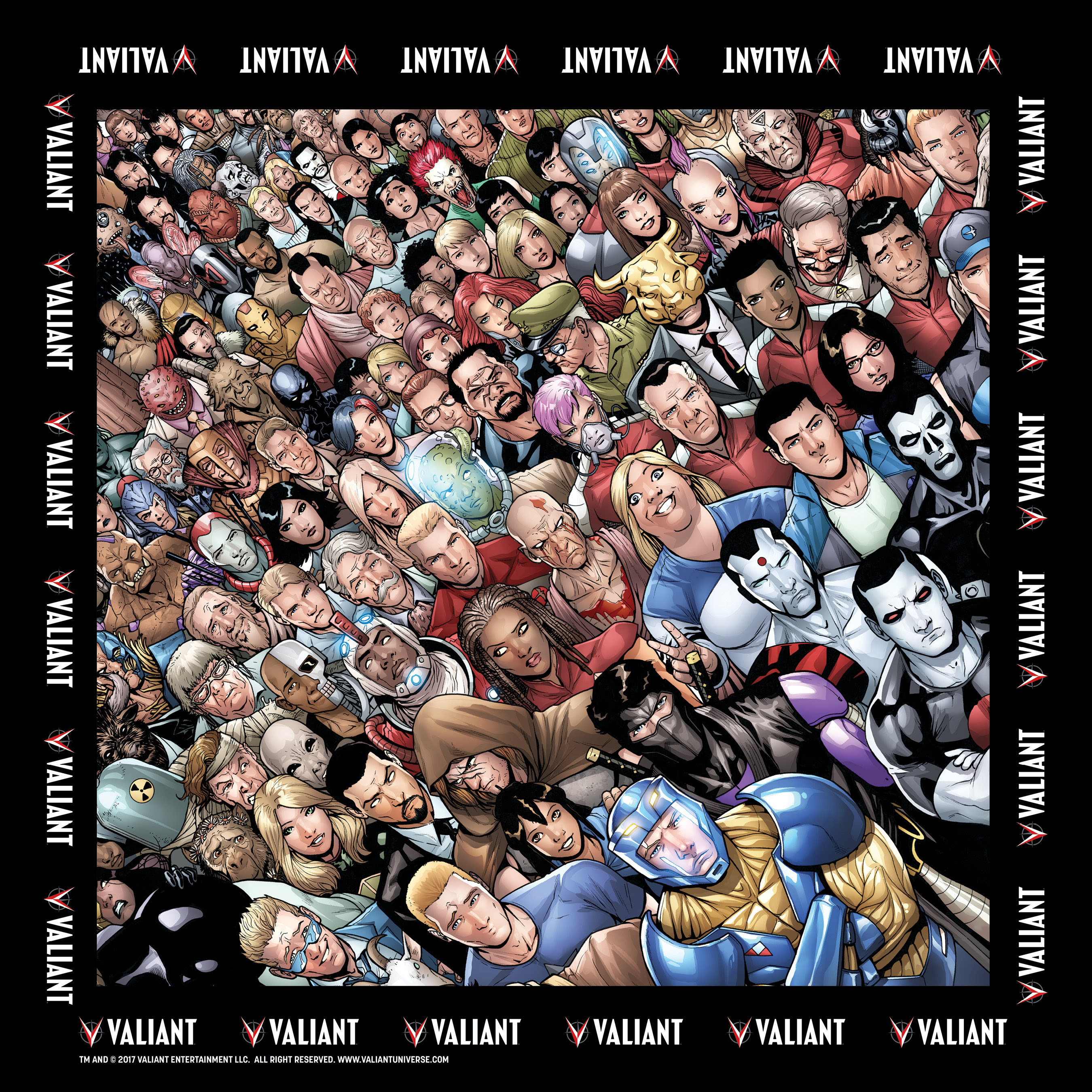 Made of 100% FlexFiber™ and featuring wraparound artwork by 2017 Eisner Award nominee Pere Pérez!

Jason's been knee deep in videogames since he was but a lad. Cutting his teeth on the pixely glory that was the Atari 2600, he's been hack'n'slashing and shoot'em'uping ever since. Mainly an FPS and action guy, Jason enjoys the occasional well crafted title from every genre.
@jason_tas
Previous Call of Duty: Black Ops 4 launch trailer arrives
Next Uncanny X-Men #1 cover roundup