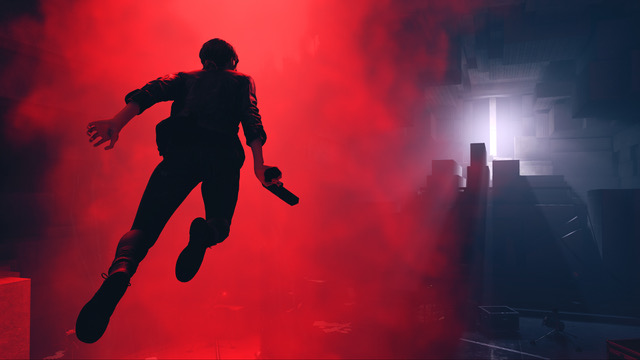 One of the hottest games at Sony’s E3 press event, Remedy’s latest is all kids of wild, and plenty cool. Check out the trailer and details for Control.

You’ve got to love Remedy. The developer isn’t afraid to take chances, and shake things up with their games. That’s been true since their very first hit Max Payne, all the way through Quantum Break. This latest title though, takes things to the extreme.

Published by 505 Games, Control is a third-person action title at heart. But there’s so much more to it. You play as Jesse Faden, the new director of the Federal Bureau of Control. And needless to say, you’ve got a lot of work to do.

“Control represents a new exciting chapter for us, it redefines what a Remedy game is. It shows off our unique ability to build compelling worlds while providing a new player-driven way to experience them,” said Mikael Kasurinen, game director of Control. “A key focus for Remedy has been to provide more agency through gameplay and allow our audience to experience the story of the world at their own pace”

“From our first meetings with Remedy we’ve been inspired by the vision and scope of Control, and we are proud to help them bring this game to life and get it into the hands of players,” said Neil Ralley, president of 505 Games. “We believe this is going to be another major hit for both our companies, on a bigger scale than ever before.”

Does that sound cool or what? Though you’re going to have to exercise a little control if you’re eager to play. That’s because Control isn’t going to be hitting retail for a while. Remedy’s latest epic isn’t set to arrive for the PS4, Xbox One, and PC till some time next year.

Jason's been knee deep in videogames since he was but a lad. Cutting his teeth on the pixely glory that was the Atari 2600, he's been hack'n'slashing and shoot'em'uping ever since. Mainly an FPS and action guy, Jason enjoys the occasional well crafted title from every genre.
@jason_tas
Previous E3 2018: We Happy Few going final this August
Next Nintendo Download: It’s Battle Royale Time!