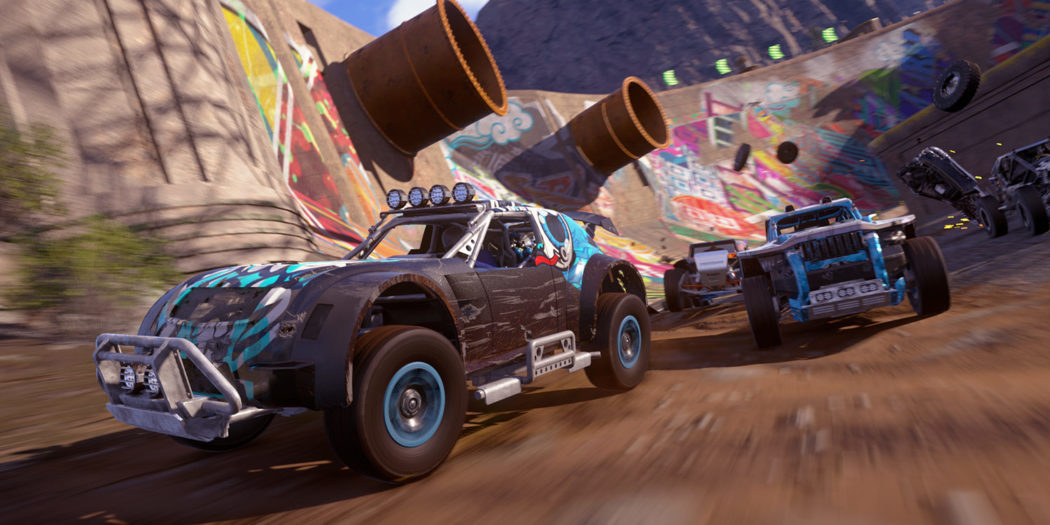 Codemasters’ Onrush revs its engines for release this June

Arcade racing taken to new heights, Codemasters’ newest is almost here. If you’re looking for nothing even remotely approaching reality in your racing games, then you’re going to want to see Onrush.

I’m not entirely sure what I just saw. The car turned into a motorcycle, right? I didn’t imagine that, did I? Honestly, I’m not all together sure if that’s actually in the game, or if it was a clever trick for the trailer. Though, since Onrush touts special abilities for its vehicles, you never know.

Six vs six races are the main draw here though, that we know for sure. The game teams players up with the goal of winning at all costs in mind. And yes, that means taking other vehicles out of the race, permanently.

A total of 8 classes will be your path to doing that. The game sports a stable of vehicles running the gamut from the dominating Titan and the Enforcer, to the Outlaw, which “has the ‘Slam’ RUSH ability which allows daredevils to perform insane takedowns from above.”

Fast and loaded with action, Onrush looks like it might be a racer for those more action-minded gamers out there. Right now too, you can try it out for free.

Available on the Xbox One and PS4, the free beta is currently running. It’s set to offer prospective players a taste of what’s to come with the retail edition of the game till 2am pacific time on Monday the 21.

Also worth noting is that there’s a Onrush Day One Edition that’s pre-orderable right now as well. That’ll net you the ‘Vortex’ buggy design. Want more? Then the Onrush Deluxe Edition might be for you. That version of the game gives you “eight additional vehicle designs with iconic gold and black liveries, extra Crashtag artwork and Track Tombstones, all exclusive to the Deluxe Edition.”

Onrush hits the Xbox One and PS4, in all its various editions, on June 5th.

Jason's been knee deep in videogames since he was but a lad. Cutting his teeth on the pixely glory that was the Atari 2600, he's been hack'n'slashing and shoot'em'uping ever since. Mainly an FPS and action guy, Jason enjoys the occasional well crafted title from every genre.
@jason_tas
Previous Retro platformer Fox n Forests lands on consoles and PC today
Next May 23rd Valiant Previews: X-O Manowar, Shadowman, and new X-O trade