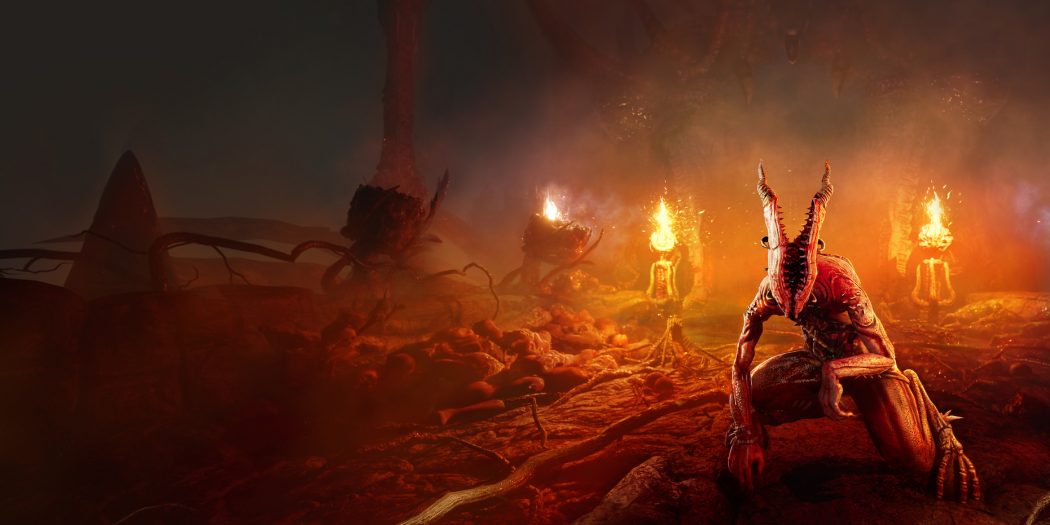 Home / News / Agony’s latest trailer is out, and hell has never been more horrifying

Agony’s latest trailer is out, and hell has never been more horrifying

There’s never been so disturbing and brutal a vision of hell as that cast in Agony. The horror title tasks you with surviving a trip through the underworld, and it’s going to be a (very) bumpy ride.

Agony throws players in the midst of hell where they strive to stay alive and solve the riddle behind the mysterious Red Goddess; architect of this place of sorrow and pain, and the sole entity with knowledge of how escape… but there is more to the story than it seems. Haunted by nightmare creatures, players gain the ability to possess demons and other souls to find their way out of hell.

Originally Kickstarted with tremendous success, the unflinching horror that Agony offers is finally almost here. Just from a look at that trailer, I think it’s fairly safe to say that there’s nothing else like it out there.

The game has been hotly anticipated since it’s original campaign completed, and it’s set to arrive for consoles the the PC this month, on May the 29th. One important note too, while there are no details as to what, outside of the PC version some of the game has been censored. Actually, even the PC version is technically censored, as it requires a patch to release whatever would otherwise have triggered a dreaded AO rating.

Jason's been knee deep in videogames since he was but a lad. Cutting his teeth on the pixely glory that was the Atari 2600, he's been hack'n'slashing and shoot'em'uping ever since. Mainly an FPS and action guy, Jason enjoys the occasional well crafted title from every genre.
@jason_tas
Previous Captain America #1 adds Joe Jusko variant cover
Next NBA Playgrounds 2 launches this month, features over 200 current and retired stars