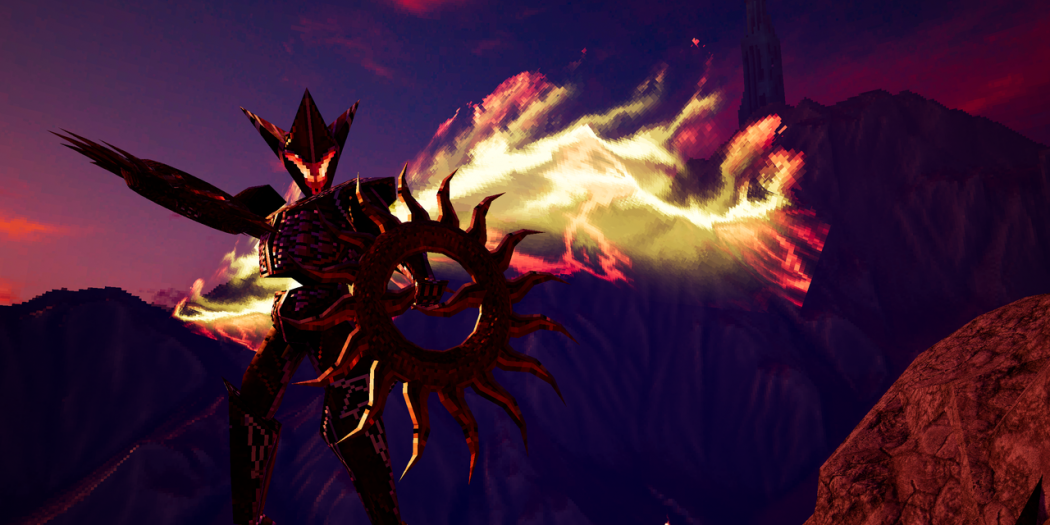 There hasn’t been a game like Amid Evil since Heretic/Hexen, and it looks absolutely glorious. Check out the launch trailer for the dark fantasy FPS after the break.

I mean, really. Even though my eye might be a little biased, I’m thinking that looks pretty freaking great. Just to clear it up too, Amid Evil isn’t related at all to those aforementioned classics. But from the looks of it, it easily could be. The new title is fast, loaded with medieval weapons and magic, and bloody. Those are all the elements for a late-90s fantasy-FPS romp right there.

Published by New Blood Interactive and developed by Indefatigable, Amid Evil is meant to harken back to those games. Again too, it’s really the first game in a long time (that I can think of) that does. I don’t know what that play style was completely forgotten about, but it’s high time that it returns.

It seems like Amid Evil is also pretty scalable. The press release infers that the gothic game can run on a vast array of gaming PC’s. That’s also something that you don’t see all that often nowadays.

Jason's been knee deep in videogames since he was but a lad. Cutting his teeth on the pixely glory that was the Atari 2600, he's been hack'n'slashing and shoot'em'uping ever since. Mainly an FPS and action guy, Jason enjoys the occasional well crafted title from every genre.
@jason_tas
Previous Toy Fair 2018: Super 7’s super Masters of the Universe lineup
Next Marvel announces new Sentry series with Jeff Lemire and Kim Jacinto