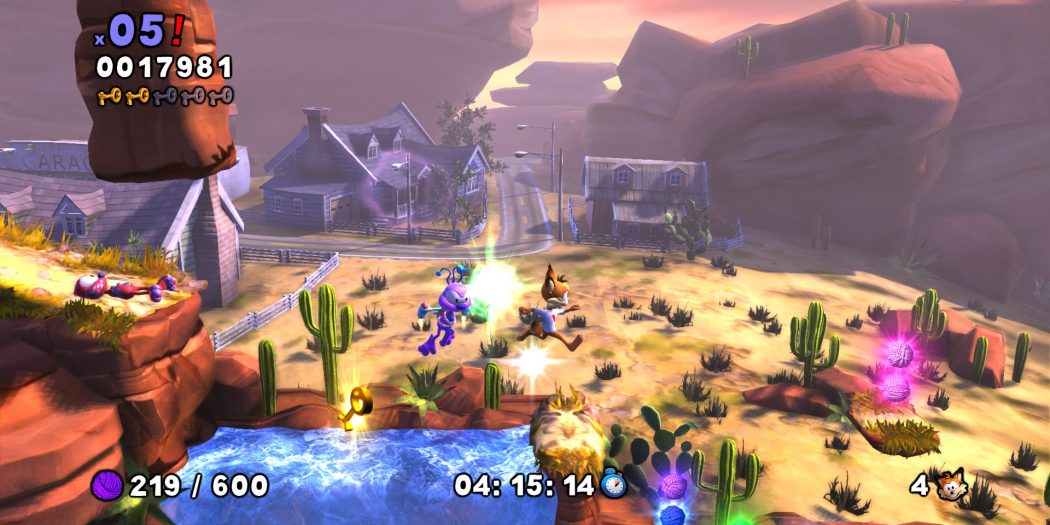 It’s a Halloween launch day for reinvigorated “mascot” character Bubsy, in The Woolies Strike Back. Just don’t go to his house dressed as Sonic.

Bubsy might be reborn, but it seems like he might hold a few old grudges. You know, the 16bit days are long over Bub, maybe it’s time to forget being knocked off your perch by the likes of Sega’s Sonic. Just a thought. Of course, that’d also eliminate a lot of the comedy that Bubsy does oh-so well.

And it looks like there’s a lot of that to be had here. Along with a heaping helping of old school-isa gameplay, that is. No, there’s no reinventing the wheel here folks, Bub is all about classic platforming, albeit paired with some very nice-looking graphics. I was never all that big of a Bubsy fan, but I have to admit this looks pretty sharp.

“They called my last title an exercise in paw-tience and medio-catty,” said Bubsy The Bobcat in response to questions about his upcoming return to the industry. “But those reviews come from a time when games journalists actually knew how to play games! If hard platformers are the cat’s meow once again, then it seems purrfectly clear that everyone should have a ball with a game they can actually finish!”

Worth mentioning is that, if you are a fan, you might be interested in picking up the new game sooner than later. That’s because there’s a Limited Edition to be had for the PS4 version. Presumedly it’ll only be around for a limited time.

This version can be ordered up right now, and includes:

Prefer to buy it digitally? Then you might want to get the PC version since it’s on sale. For the launch, the PC edition of Bubsy: The Woolies Strike Back is 34% off the price, and also includes a free copy of the game’s soundtrack. That deal lasts till November 7th. Not bad, even though you have to eschew the physical goodies.

Jason's been knee deep in videogames since he was but a lad. Cutting his teeth on the pixely glory that was the Atari 2600, he's been hack'n'slashing and shoot'em'uping ever since. Mainly an FPS and action guy, Jason enjoys the occasional well crafted title from every genre.
@jason_tas
Previous Activision brings classic Call of Duty map back for WWII’s multiplayer
Next Episode 17: Mario Week!