When you sign up for a Lovecraftian horror game, you know you’re in for a treat. Conarium is no exception.

**alert** If motion sickness is a problem for you, be aware this game may give you problems 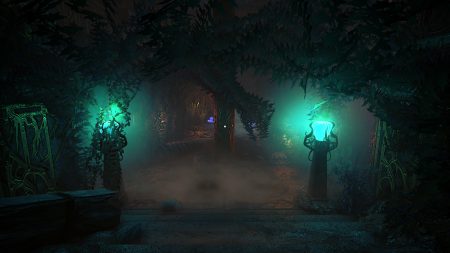 Four scientists are trying to push the limits of nature. Sounds reasonable, right? After all, isn’t that what scientists do? Inspired by H.P. Lovecraft’s “At The Mountains Of Madness”, you’re in for a treat involving submarines, disappearing figures, and strange cave etchings. What more could you ask for? And that’s just the first chapter.

The hallucinogenic adventures will thoroughly confuse you, though this is a perfect entrance in to the world you are about to embrace. Plants that only react to a specific artifact and mysterious star charts are perfect surroundings for a world that time forgot. Or perhaps it is a world that we were think never existed.

These are just a hint of the curiousities you will find in the depths of Conarium as you set out on an Antarctic expedition to research the limits of human consciousness. What you find at the beginning of the game, leads you to believe something has gone wrong during this expedition. Now it is up to you to figure out what happened, and where everyone has gone. 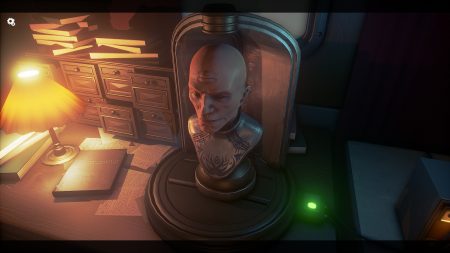 Prepare to enter a world nearly void of life. Your only companions will be your journal and your memories. Memories, that may or may not be accurate, or even yet make sense. Your radio reception is spotty, and even some of the journal entries seem strange.

“It is clear to me know that Dr. Faust, the expedition leader, was not fully forthcoming with the team regarding what they are really looking into here.”

Before you find your way through this Lovecraftian labyrinth, you will see yourself with blood on your hands. Action does not account for much in this particular game. A brief runaway after trudging silently, just has a way of feeling forced sometimes. Solving riddles and locating artifacts is the main body of work here.

One thing is for sure: this game will provide you with plenty of chills. Between suspenseful videos and strange things appearing from nowhere, they’ve got you covered. Even a strange humanoid with strange squid-like appendages rather than legs will make you question the world you are in.

I’ve played my share of first person view games over the years. Most of the time I was fine. I found myself at the mercy of Conarium a few times. First off, I learned the hard way that the camera sensitivity was too touchy for what I was able to handle. I had developed a routine of taking Dramamine before playing to combat this, and I still was only able to play in short bursts. 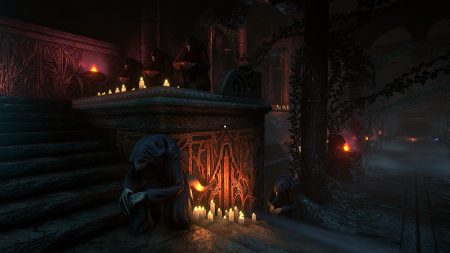 Once I adjusted this sensitivity, I was in business. I was able to play into the last chapter before I began having issues again. There are elements of the ending to this game that may have you getting out of your seat and seeking relief. Mind you, these are relatively short moments, but they add up all the same. Conarium allows you to save often, so you should be fine. Hopefully this will allow additional gamers to plan accordingly.

Overall, Conarium is an interesting game, and I am glad I had the chance to play it. It took me far to long to get into, due to some sensitivities, but I was able to get past that. The beginning of the game was a bit slow for me, but then again I wasn’t sure what I was in for.
I think that any gamer that is either curious of Lovecraftian work, or is already a fan will be pleasantly suprised with the work done by Iceberg Interactive and Zoetrope Interactive.

Conarium will keep you on the edge of your seat. From talking heads to mysterious floating creatures, nothing is quite as it seems. What will bring you to become a Conariunaut?

A fan of media on multiple platforms, I am always watching or playing something! Who knows what I will be on to next?
@mackeyp42
Previous One:12 Collective “BvS” Superman (Action Figure) Review
Next DuckTales Treasure Trove coming up from IDW