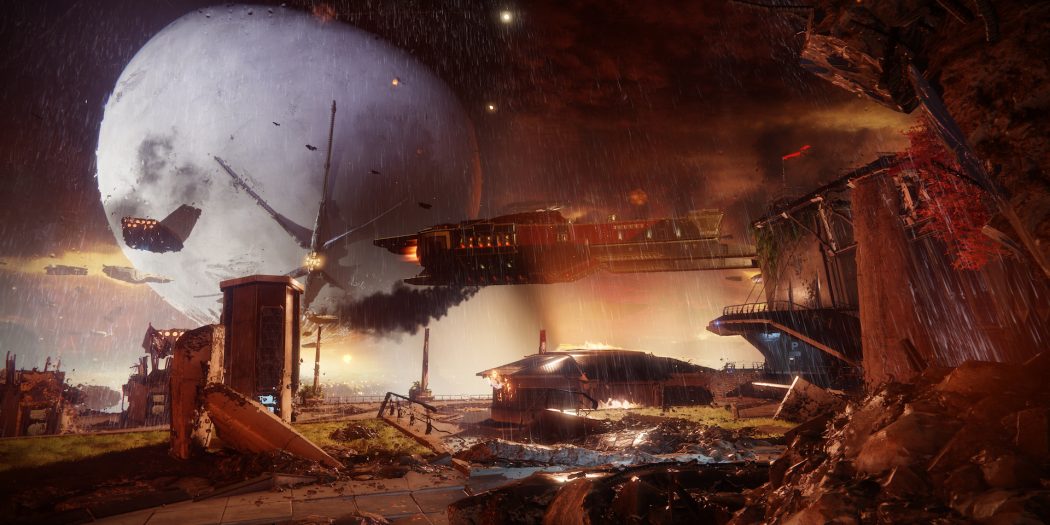 Destiny 2 brings out the big guns for launch trailer

Boom. Destiny 2 is almost here and Activision has a live action (sorta) trailer for you to celebrate. Expect shooting and explosions. And Nathan Fillion.

Activision, Bungie, 72andSunny, RSA Films, and Framestore all came together to produce that little action-packed “trailer” for Destiny 2. Dubbed “new legends will rise”, the trailer showcases actor Nathan Fillion’s Cayde-6 character (the bot) as he stirs a trio of Guardians about to take it to the new alien threat.

Oh, and it was directed by Jordan Vogt-Roberts of Kong: Skull Island fame. Pretty awesome honestly. If you’re looking to watch it on a bigger screen that your PC, you can also watch for it to air on network TV on Saturday, Sept. 2. That’ll be during the football game starring University of Alabama and Florida State.

Trailers aside though, Destiny 2 has a lot to live up to. The first game in the new series from Activision and former Halo developer Bungie, Destiny managed to last for quite some time. Gamers seemed more than happy to log hour upon hour, and it kind of became something of a platform with new mission packs seeing release.

Now with D2, Bungie looks to have upped the ante in a few ways, most notably in the story department. Narrative is set to play a bigger part this time around, which should win over some of the more single-player minded among us (cough).

Expect to suit up once again (or for the first time) Guardians, Destiny 2 launches for the Xbox One and PS4 on September 6th. Waiting on the PC version? That will hit on October 24th.

Jason's been knee deep in videogames since he was but a lad. Cutting his teeth on the pixely glory that was the Atari 2600, he's been hack'n'slashing and shoot'em'uping ever since. Mainly an FPS and action guy, Jason enjoys the occasional well crafted title from every genre.
@jason_tas
Previous Guardians of the Galaxy Ep 3 More Than A Feeling (PC) Review
Next New Stardew Valley’s development team’s project teaser