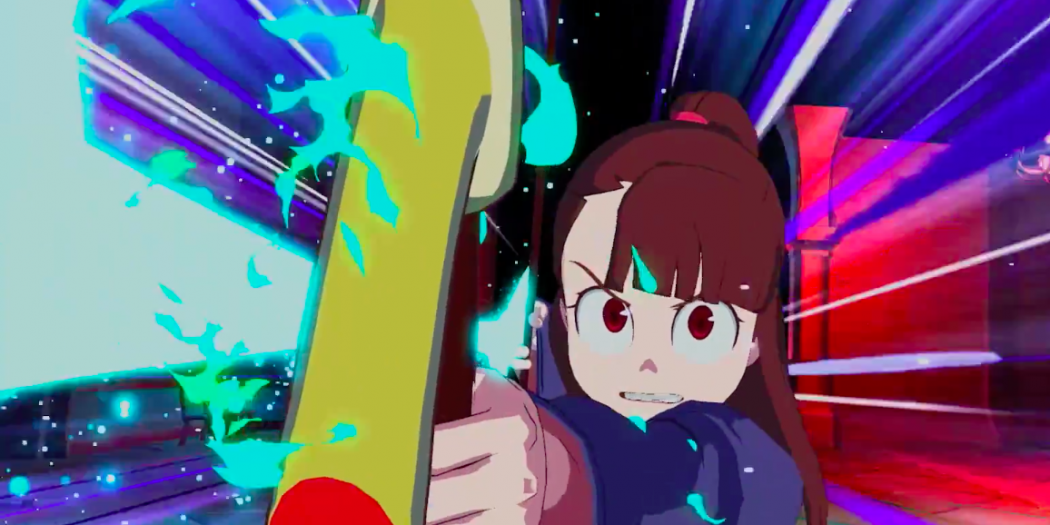 Bandai Namco Entertainment has announced that the popular anime series is headed to PS4 and PC next year in North America with original new story.

During a panel on July 1 at Anime Expo 2017, Bandai Namco announced that a new game based on the popular Studio Trigger anime “Little Witch Academia” would receive a North American release. The game, titled “Chamber of Time,” is a side scrolling brawler RPG which follows a completely new story separate from the series.

The game received an english subtitled trailer on July 3.

On their official website, Bandai Namco gave a description of the title:

Having been inspired by a famous witch named Shiny Chariot, an ordinary girl named Atsuko “Akko” Kagari enrolls at Luna Nova Magical Academy — a prestigious school for young girls training to become witches. The school will change Akko life and she will meet new friends that will be part of her life and adventure. While the summer holidays are approaching the witches face an inexplicable phenomenon in the Luna Nova caused by Seven wonders which has been passed down for several centuries. This will lead them to an adventure to unravel the seven wonders and that will change their lives.

The game is slated for release on November 30 in Japan with an early 2018 release window for North America.

Between the aesthetic of the game’s art design and the side scrolling brawler gameplay style, “Chamber of Time” seems like a refreshing break from the usual anime-based games we’ve received in recent years. This will certainly be a title to keep an eye on in the coming months.

Keenan McCall is a journalist and writer with a passion for animation. From video games to anime, anything that sets art in motion will get him talking and writing nonstop.
Previous Bandai Namco releases Seven Deadly Sins: Knights of Brittania Trailer
Next The Witcher Volume 3: Curse of Crows (comic) review