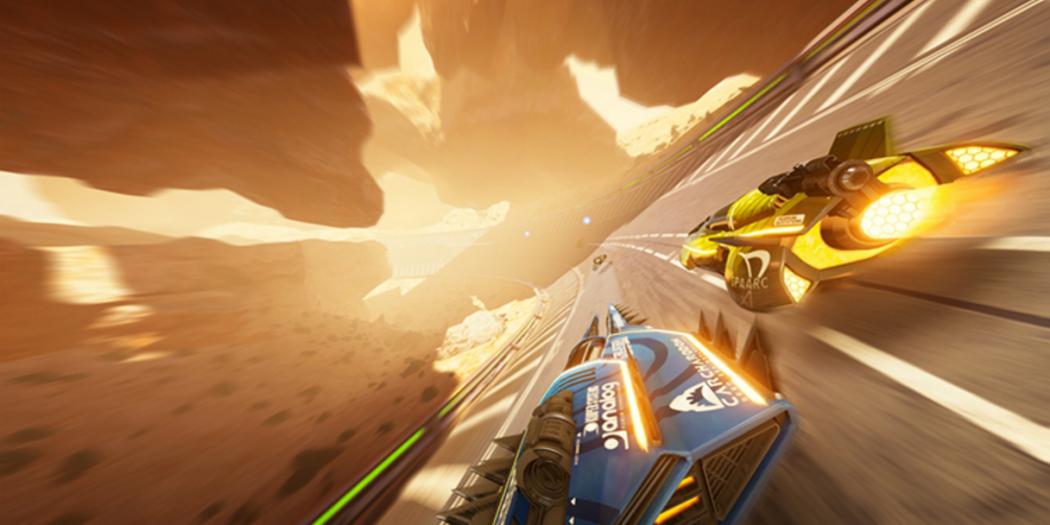 The Switch’s remixed Fast RMX adds new tracks and an easier way to share the fun.

Those of you who played Fast Racing Neo on the Wii U when it launched in 2015 no doubt remember it as the fast paced, 60 FPS answer to the MIA fan favorite, F-Zero.  Shin’en delivered the goods at an easy $15 price point.

A couple years later, and Shin’en has prepared Fast RMX for the Nintendo Switch- a remixed version of the Wii U title with a few extra tracks, cars, and features, as well as boosts to the visual fidelity.  Whether playing single-player or split-screen, you’ll be racing at 60FPS (with dynamic resolution), with some extra effects and lighting. 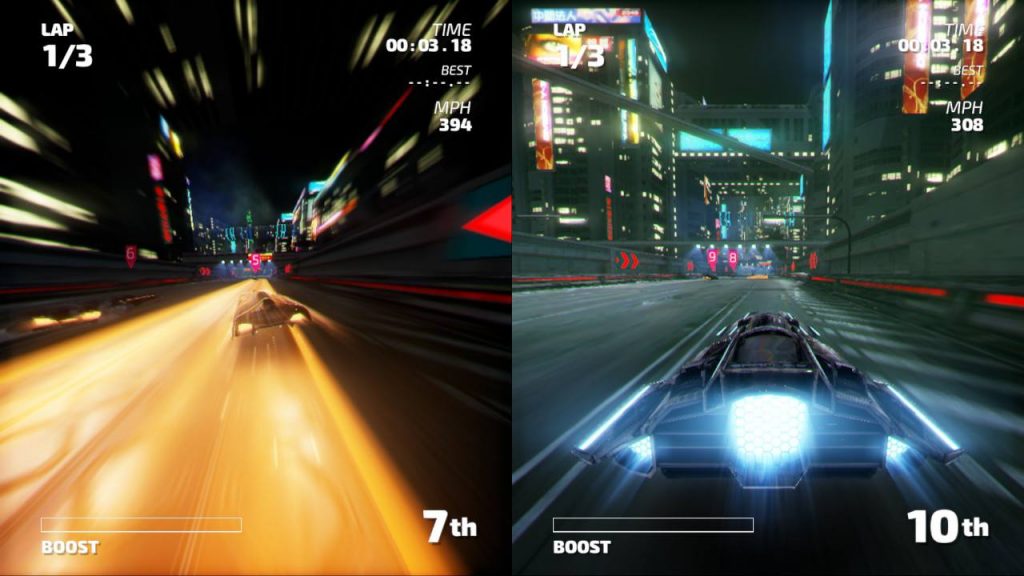 The best part of the remix is the ease with which you can invite a local buddy to try the game with you.  This feature, one of the Switch’s most appealing, let’s you and your friend play with one copy of the game and one console.  Pass over a joycon and you’ll shortly have a worthy opponent (unless you’ve already topped all the cups and this is her first time playing).

Players can also change their controls as they please, putting the likes of boost on any button they choose.  The default controls seem solid, whether you’ve got both joycons to yourself or just one half of the controller. Which is itself a fantastic feature: local multiplayer on the go really suits a racing title like Fast RMX.

The core gameplay is familiar: high-octane sci-fi racing that pairs tight turns with boost balance.  Fast RMX, like Fast Racing Neo before it, adds an extra wrinkle with a color-changing mechanic.  Orange and Blue gates, fields, and jump pads grant boosts if your car is switched to the right color- and slow you down (or in the case of jump pads, ignore you altogether) if you’re the wrong one.  Swapping between colors is simple (just press the appropriate button), but the stages demand constant attention if you want to land yourself on the pedestal.

Fast RMX also has a Hero Mode that requires players to place first on each stage, while making boost energy and shield energy a shared resource, adding to the moment to moment danger.  For single-players looking for extra length, Hero Mode is a riveting aside. 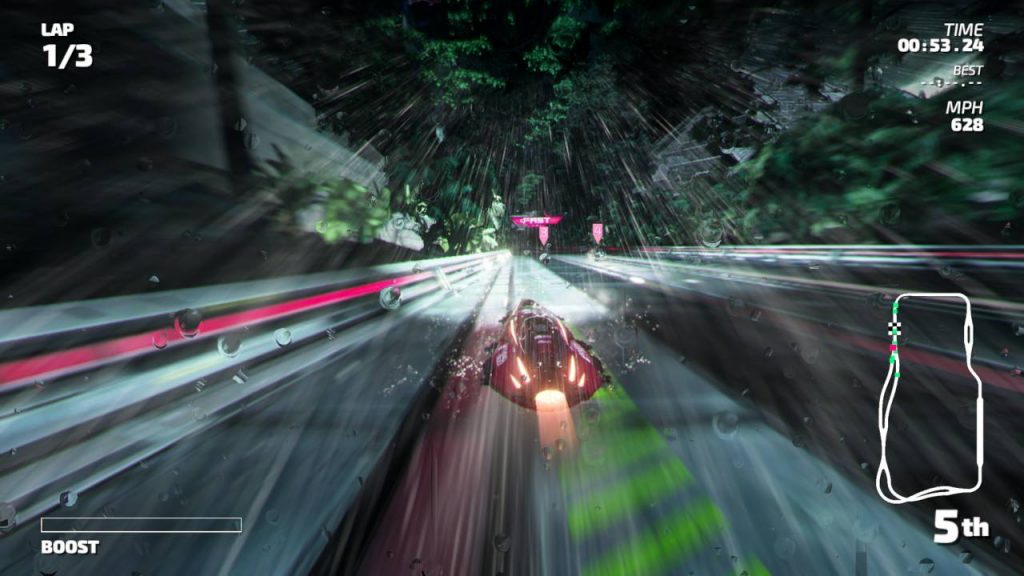 The game continues to be a visual flurry of effects, which makes certain tracks a delightful test of concentration.  My particular favorite is the rain on tracks like Tepaneca Vale, which, coupled with the flashes of lightning and the general darkness of night, means obstacles and opponents will come at you fast.

One continuing downside for Fast RMX is that tracks and cars are only unlockable in the single player Championship mode.    For you to truly get the enjoyment out of Fast RMX’s local multiplayer, you’ll have to be sure to invest your time before the party gets together.  Fortunately, the portable nature of the Switch has given me opportunity enough- a convenience complimented by cups’ short length (three tracks per) and the gracious giving window (you only have to place in the top 3 to unlock a vehicle and the next set of tracks). Interestingly, tracks are unlocked in a different order from Fast Racing Neo.

The extra tracks, cars, and features put the game’s price point at $20, which remains fair.  Three track speeds, coupled with 30 tracks and 15 racing machines, makes Fast RMX a complete package, and a great game to add to the Switch’s greatest strength: local multiplayer.

Brutal Gamer's Nintendo Editor began his gaming life a little late- at five years old. But he's made up for it in the two decades since, gaming and writing about gaming with the same passion, fervor, and unrelenting love as his five-year old self.
Previous Function vs. Speed: Nintendo Switch’s OS Sacrifice
Next Beholder (PC) Review