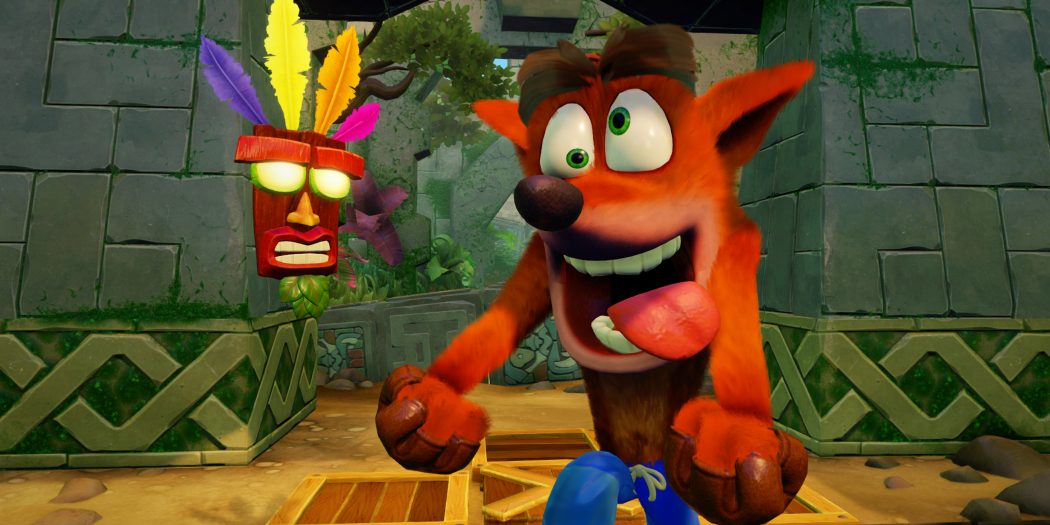 The classic first three Crash Bandicoot games are hitting the PS4 this coming June, and all in glorious HD.

I mean he’s N.Sane as in The N. Sane Trilogy for PS4, which is what we’re talking about here. You could, however, easily translate that to him being ‘insane’, which would also be highly accurate. I mean, just look at that dancing. It’s just a tad… off.

Dancing or no though, I’m pretty pumped for this HD-flavored trip back in time. Crash’s first three adventures were pretty easily some of the best platformers on the PSOne, and the very first game kind of reinvented the genre for the 3D era.

In this new pack, all three games (Crash Bandicoot, Crash Bandicoot 2: Cortex Strikes Back and Crash Bandicoot: Warped) have gotten a complete overhaul. They’re updated and HD-ified for the modern era, although the gameplay will be 100% classic Crash – and that’s a very good thing.

June 30th is the date to mark on the old calendar (app). That’s the magical, wumpa-fruit-powered day that you’ll be able to dive into Crash Bandicoot: The N. Sane Trilogy on PS4. As publisher Activision puts it, get ready to “Spin, jump, wump and repeat”.

Jason's been knee deep in videogames since he was but a lad. Cutting his teeth on the pixely glory that was the Atari 2600, he's been hack'n'slashing and shoot'em'uping ever since. Mainly an FPS and action guy, Jason enjoys the occasional well crafted title from every genre.
@jason_tas
Previous Explore the Minotaur’s labyrinth in VR with Theseus
Next Two new Halo Wars 2 ships join Dark Horse’s replica fleet