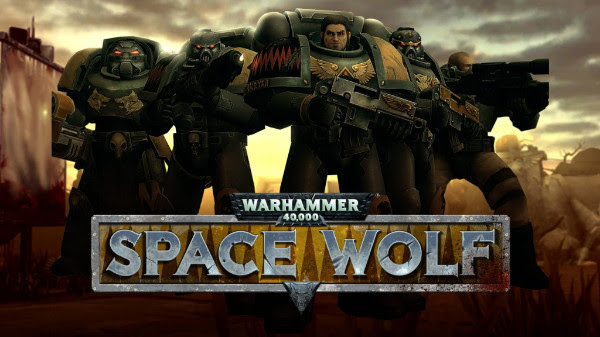 Get your first look at Warhammer 40,000: Space Wolf

Yes, another Warhammer 40k game, but this one’s a little more turn-based.

Fear the bite of the Space Wolf

Fresh from the far reaches of space and the abyss of the infinite void, comes this new title set in the Warhammer 40k universe. Wait a sec though, don’t stop reading! I know, there’ve been a glut of games based on Games Workshop’s future-fantasy universe as of late. But this one differentiates itself a bit, mashing up some genres.

From Herocraft, Space Wolf is a turn-based strategy game, though it’s also got some RPG elements thrown in for good measure. For a Warhammer 40k title, that a little different, though I should point out that there’s been no clarification on what the “RPG” tag entails here.

Going ahe game also offers both campaign and PvP modes, and has a pretty cool sounding story to it.

Take command of a Space Wolves squad led by Valgard Twice Slain. Your Great Company’s Strike Cruiser fell into a trap set by Chaos Space Marines of the Word Bearers legion – causing you to make a forced landing on Kanak, a volcano-wracked feral world, inhabited by tribes of ruthless barbarians. Not only must you survive, but you must emerge victorious!

Chaos Space Marines and barbarian tribes? I dig that. It’s like throwing a little Old World in with your Far Future, and that’s just all kinds of neat. I’m also liking that there’s no apparent Orks or Tyranids in this one. We’ve seen a ton and a half of both in other games as of late.

Interested? You’ll get to play first on the PC through Steam’s Early Access. Look for Space Wolf to arrive “very soon”.

Jason's been knee deep in videogames since he was but a lad. Cutting his teeth on the pixely glory that was the Atari 2600, he's been hack'n'slashing and shoot'em'uping ever since. Mainly an FPS and action guy, Jason enjoys the occasional well crafted title from every genre.
@jason_tas
Previous February 15th Valiant previews: Savage and Gen Zero
Next Alwa’s Awakening (PC) Review