The Flash Borrowing Problems From The Future S3E10 (TV) Review

Barry is coping with what Savitar showed him. Wally continues to grow in the Speed Force. Find out more in The Flash Borrowing Problems From The Future.

If you missed our coverage of Flash before the break, you can find that here. 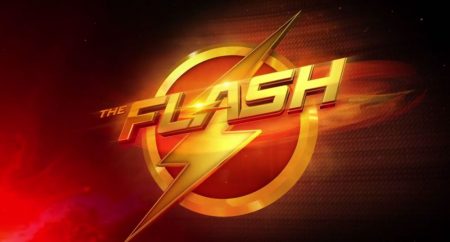 Barry is still fighting with the ‘flash-forward’ of seeing Iris killed, when Barry and Wally learn of a fire in a local business. Coming up with some unique ideas, Barry and Wally are able to extinguish the fire and rescue the man trapped inside – when the man realizes that there are two speedsters at the scene of his rescue.

Wally is running around with Barry, learning the ropes of what being Flash is really like. Learning the ropes of a new gig, and having people treat you like you’re ‘second fiddle’ is no joy ride. Wally overhears a cop trash-talking “the yellow flash” for not doing more. Caitlin is having issues with her power-suppression bracelets. She desperately wants her powers gone, but for now is willing to work with them being supressed. Caitlin checks in on CSI Julian, being largely absent since his stint as Savitar’s prophet. Good ol’ HR has turned STAR labs as a museum.

Barry and Iris confront Barry’s lack of communication regarding his nightmares. At a robbery in progress, Barry is caught off-guard by someone he’s previously stopped, Or maybe not. Barry’s flashes are showing him things from the future, which are relevant to the present.Amidst trying to address her powers, Caitlin offers Julian to join team Flash to work against the meta-humans.

Plunder is not just another villain, but due to Barry’s visions, he is also a bit of a beacon of how things will unfold. Barry and Plunder go at it again, this time Plunder has some more advanced weaponry, that can nearly match Flash’s speed. Barry is able to outsmart the projectiles this time. However, as a second round is about to fire, Wally steps in and saves the day, being caught on camera by local teen. Barry is seeing Plunder in his nightmares, and rather than sheltering Wally from it, Wally is front-and-center. This causes Barry to call off the shadowing agreement between the speedsters. 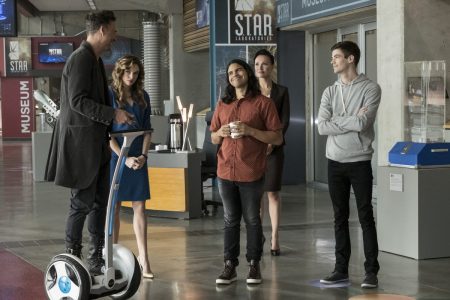 After a glitchy soft opening, Cisco rips into HR about his need to feel useful. Julian takes up Caitlin’s offer to join STAR labs. Barry takes Iris to the time vault, and shares with her his future vision of her being killed by Savitar. After an emotional moment, they take this information to the remainder of the team, save Joe. The idea that more people could watch their back. HR informs them all that time is a tricky thing to manipulate, and breaks out some dominoes to make his point. 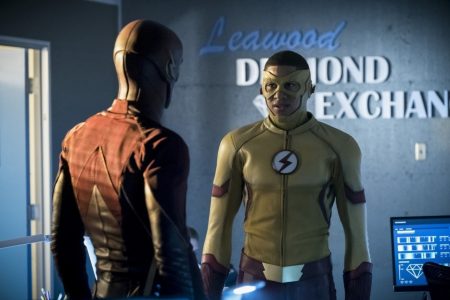 Cisco & Barry vibe to the future, seeking details of what happens in Barry’s visions – witnessing Barry falling out of the Speed Force. HR illustrates for the team that they need to change the headlines. More than just for Barry and Iris. Things involving the entire team come into play here.

Cisco helps the opening of the museum. Barry and Iris throw a housewarming party, bringing Julian into the fold. Small changes continue to be made, as to alter things in the timeline.
The episode ends with a mysterious woman appearing – and seeking out HR.
Catch The Flash on the CW network Tuesday nights at 8pm est/ 7pm cst.

The fact that time travel now has an effect in the storyline of The Flash, has picked things up for me a bit. It’s good to see a bit of variation in what is going on here. I realize this series exists greatly around the speed force, and those who can use it. Though having others like Caitlin and Cisco whose powers have nothing to do with the speed are incredibly refreshing. Add to that, when Dr. Alchemy was giving people powers as they ‘should have been’ was a short-lived boost in capabilities. Who doesn’t love trying to figure out a guy who can travel through glass? Now with trying to change the future, I look forward to seeing how Team Flash will change the future.

A fan of media on multiple platforms, I am always watching or playing something! Who knows what I will be on to next?
@mackeyp42
Previous DST’s new releases include Dr.Strange, Mallrats, and a Minimate Space Jockey
Next Mobius Final Fantasy heading to PC 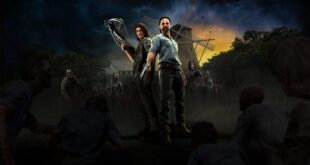 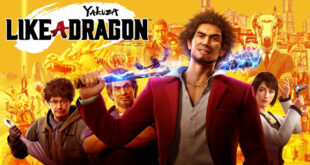