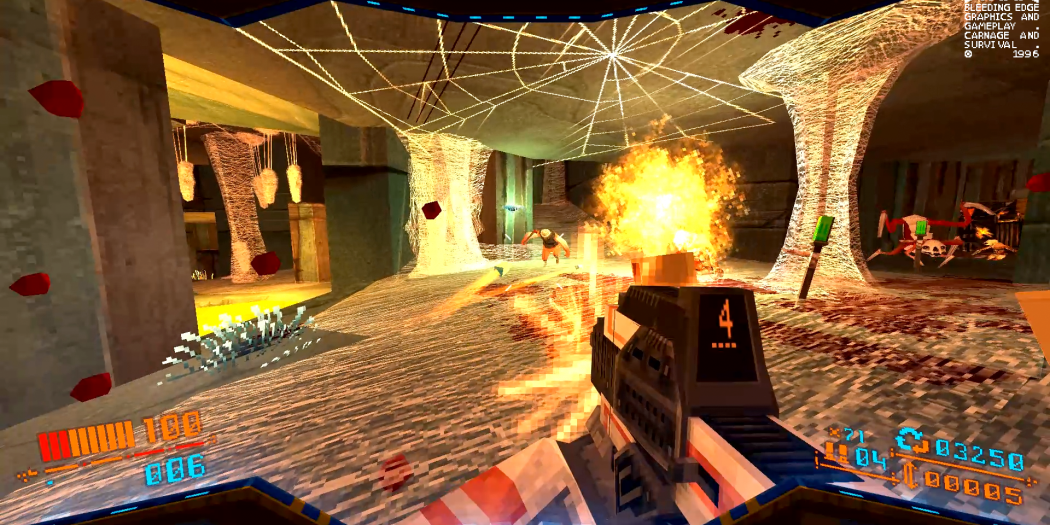 Wall to wall Gibs! Strafe is coming to PS4

Man does that take me back. It seems like only yesterday that pretty much all FPS’ looked like Strafe. Not quite though, as Strafe’s look is straight from two decades past, from right around 1996. And it looks glorious.

More than just aesthetics though, Strafe is lighting fast and loaded up with explosive weaponry and buckets of blood. That’s pretty glorious too, especially since most FPS’ these days usually  have vanishing bodies. That always seemed like going backwards to me, since dead bad guys stayed right where they were killed in almost everything I remember playing in the 90s. Fortunately Strafe corrects that little ‘issue’.

Formerly, the game was set for release on the PC, but at this weekend’s PSX conference it’s been announced that it’ll be heading to the PS4 as well. Right now, it seems as though the PlayStation will be the exclusive console home of it too, which is a nice little jewel in the crown. As for computing platforms though, you can also expect to see Strafe to show up on the Mac and Linux.

No firm release date for this one yet, but you can expect the return of ludicrous gibs some time next year.

Jason's been knee deep in videogames since he was but a lad. Cutting his teeth on the pixely glory that was the Atari 2600, he's been hack'n'slashing and shoot'em'uping ever since. Mainly an FPS and action guy, Jason enjoys the occasional well crafted title from every genre.
@jason_tas
Previous The Dwarves (PC) Review
Next Crash Bandicoot returns with the N Sane Trilogy on PS4