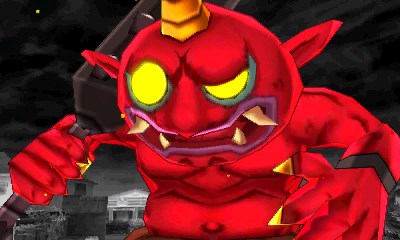 A game is only as scary as its sound design.  Whether it’s the perfectly timed scream or the unsettling heartbeat, or the lack of anything altogether, the games that keep you up long after you’ve played them are the ones that make fear audible.

Here are just some of our favorite unsettling sound effects, sound tracks, and quiet moments from creepy games!

While the Souls games aren’t always scary in the traditional horror movie way, the line-up of squishes, screams, and gurgles perfectly accentuate the disgustingly creative monster designs that jump at you often out of nowhere.  And the soundtracks, often somber and always intriguing, pull you deep enough that the sounds of gore (and death) are that much more effective.

While more like the scary movies of childhood (which aren’t all that scary when you grow even a couple years older) than the horrifying games of today, Luigi’s Mansion: Dark Moon gets a mention for the way it displays Luigi’s terror in place of our own: with nervous humming, genuine “Wahs!” and homely creepy melodies.

Lavender Town’s almost iconically creepy music is only bolstered by stories of its murderous effects.  It was chilling enough to send kids racing through the town just so they didn’t have to hear it.  The story of the town- including ghosts, ghouls, and dead mothers- took on their weight because of the accompaniment.

I can’t say I’ve ever found video game soundtracks all that creepy. I mean, sure there’s a track here or there from the occasional game that has sent a chill up my spine on occasion, definitely. Splatterhouse, Eternal Darkness, Call of Cthulhu, and a few others have had tracks that creeped me out. Heck, even the original Doom had one or two tracks that I found a bit chilling. But no OST that I could really point to in its entirety.

Well, there is one. It’s for more than just the music, but the original Resident Evil had some excellently freaky sound design. The music wasn’t anything to write home about, but it did the job and set the spooky stage. And I’m not just talking about the slower stuff either. Resident Evil had some terrific fast-paced music that made boss battles all that much more frantic. More than just the music though, the effects were a step above in the old school RE. I remember very clearly hearing dead-legged shuffling or wet, crunching sounds before I could even see a zombie. Getting you spooked before you get the slightest glimpse of the monster? That’s just flat out great design. Good stuff.

Brutal Gamer's Nintendo Editor began his gaming life a little late- at five years old. But he's made up for it in the two decades since, gaming and writing about gaming with the same passion, fervor, and unrelenting love as his five-year old self.
Previous Steam Halloween Sale Currently Live
Next The Walking Dead Recap 702 “The Well”