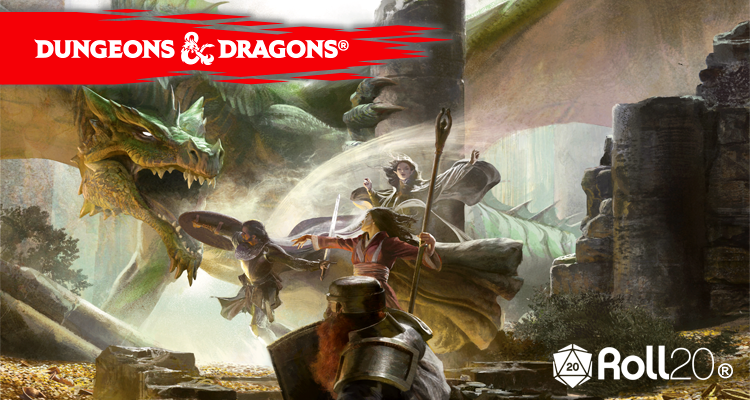 Home / News / Roll20 gets official with Wizards of the Coast

Roll20 gets official with Wizards of the Coast

The online, pen and paper RPG company now has something pretty important; the Dungeons & Dragons license.

There’s no company doing quite what Roll20 is doing right now. We profiled the company’s entry-level offering recently, and what they’ve got happening is actually pretty special. If you missed it, click here. The long and the short of it though, is that via Roll20’s online system you can play an old fashioned pen and paper RPG with anyone, anywhere in the world.

Up till now though, they’ve been more indy-leaning with the games that they offered. And while they’re still set to provide those lesser known titles to digital-tabletop gamers, with the Wizards of the Coast license, they’re going to be offering so much more. And that new slate will start with Lost Mine of Phandelver.

The game is a jumping on point for D&D, and goes “hand-in-hand” with the Player’s Dungeons & Dragons Basic Rules Handbook according to Roll20. You can get a copy of that book digitally via the Wizards website (here), and apparently get started with everything in no time flat. Supporting 4-6 players of the level 1 variety, this one is made with ease of use in mind.

Story content is indexed to that end, and battles are all located in a Page Toolbar. Just click ’em and fight ’em out. 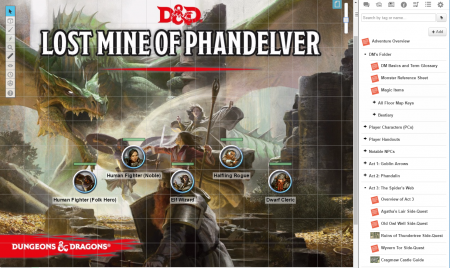 In all, here’s what you’ll find in the kit:

Lost Mine of Phandelver will run you $19.99 USD and is available right now. It’s far from what you’ll find eventually from Roll20 though, since the brand new D&D adventure, Storm King’s Thunder will also be hitting the platform. You can pre-order that right now on the site, and be playing when it releases some time next month.

Jason's been knee deep in videogames since he was but a lad. Cutting his teeth on the pixely glory that was the Atari 2600, he's been hack'n'slashing and shoot'em'uping ever since. Mainly an FPS and action guy, Jason enjoys the occasional well crafted title from every genre.
@jason_tas
Previous A trio of Dead Rising re-releases on the way
Next Witcher card game Gwent delayed