Nintendo Download serves as a reminder that Final Fantasy Explorers and LEGO Marvel’s Avengers both launch this week, as well as Shadow Puppeteer and Final Fantasy Tactics Advance. 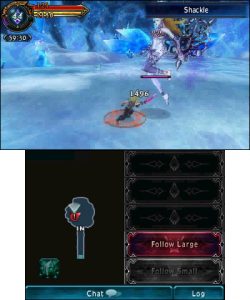 The latest LEGO game, LEGO Marvel’s Avengers, is also out this week, including both the Wii U and 3DS versions, the latter of which is the first handheld version to feature the same populated open world as its console counterparts.

Well-reviewed Shadow Puppeteer also releases (a co-op adventure for two players wherein one plays as the physical version of the main character, and the other plays as his shadow) for $14.99 on Wii U.

The Winter Warm Up Sale continues as well, discounting several titles, including Affordable Space Adventures (13.99), Zero Escape Virtues Last Reward (14.99), and EarthBound (6.99), among others.  Check out the eshop offers page to see more.

Brutal Gamer's Nintendo Editor began his gaming life a little late- at five years old. But he's made up for it in the two decades since, gaming and writing about gaming with the same passion, fervor, and unrelenting love as his five-year old self.
Previous EA won’t be at E3 this June, but they will be at EA Play
Next The Angry Birds Movie: Trailer Released