Home / Editorials / Into the Wastes: A first person horror account of Fallout 1

Into the Wastes: A first person horror account of Fallout 1 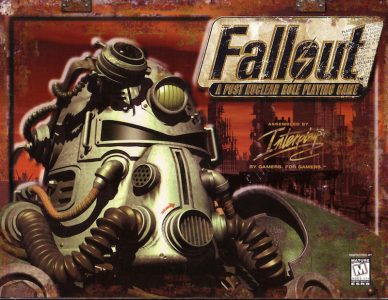 Games in the Fallout universe don’t fall into typical horror. When playing however, the player often finds themselves tossed into a situation with a strong atmosphere reminiscent of some of the most disturbing or frightening themes of the past century.

In order to gear up for Fallout 4, I took to the original games in the series to remind myself where it all started. In my most recent journey through Fallout One, I found myself unnerved by the atmosphere I was experiencing, as well as the threats I was facing. I took three of these experiences and turned them into a first person narrative to celebrate not only the Fallout series, but the horror of Halloween as well.

I’ve heard about this place from the folk at Shady Sands. “The city of the dead and damned,” they all say. I don’t know why I didn’t believe them. Something drew me here. The buildings are decrepit and abandoned for the most part… They look as though a frail wind might knock them over.

I gather myself and all the courage I can muster: it’s going to be necessary for what lies ahead. In the distance I can see a number of human shaped creatures. Even if they were humans at one point, they aren’t anymore.
I move towards the creatures and at once I know they certainly aren’t human. Skin sloughing off and glowing eyes. These aren’t humans- they’re monsters. I sneak past the immediate threats, I think I will call them ghouls. It fits, considering they don’t appear to be able to talk. I notice a loose manhole cover and make my way over to it. It is heavy and cold, but manageable. I slide it to the side and drop into the sewers before any of the ghouls see me.

Deserted abyss is the best way to describe the sewers of the city of the dead. There is not a single living creature except me and a couple rats. I make it my prerogative to explore the sewer system, noting the feeling that drew me here in the first place in spite of all warnings.

Moving to the north, I come across a small colony of Ghouls. These ones don’t have the dead look in their eyes that the surface dwellers exhibited, though. Fearfully, the leader begs me not to shoot, and explains that his troupe is peaceful compared to the ghouls living above ground. Their living space, a large, empty square is populated by about six of them.

The rest must be out on a scavenging run, if there are any more. Through further conversation, I find out that the Ghoul population has access to a water chip- just what I need for the vault! The ghouls don’t seem too eager to cooperate however. I decide I need to move on without their help.

After some exploration, I was lucky that none of the Ghouls saw me. I snuck past some giant pale green monsters and into a building with a long hallway and some generators. I move down the hallway and past the now defunct power sources. I see a staircase and move go down, hoping to avoid detection as well as maybe find something of worth. I appear to be within a destroyed vault. I look around in the dark until I notice a functioning computer. Upon further inspection, I notice it has the water chip that my vault desperately needs. I need to get this back to the overseer.

After I first talked to Cabbot, he told me that in order to join the Brotherhood of Steel, I would need to delve into the ancient order at an old military base. I didn’t really expect what I was about to find, but even if I did expect it, I wouldn’t have been prepared for it.

The ancient order is actually a giant radioactive hole in the ground. I stocked up on Rad-X and used a rope to descend into madness. I was sent here to find a recording from an old Brotherhood of Steel member. I would find that, I hoped, but I would also find much worse things.

I stumbled down off of the rope and into total darkness. Ahead of me I could tell that there is a slightly smaller hole in the middle of the old military complex. I made my way down the only apparent hallway that I could see. Feeling for doors along the side, I found a few side rooms.

Some, the ones I got lucky with I suppose, were empty. In other rooms, I found dead bodies, likely burned alive by a nuclear blast. Their skin tight and charred, cracking as new air rushed into the stagnant rooms, flushing out the smell of singed hair and melted bones. It took every bit of my constitution to not vomit as I realized how many bodies were on this floor. I don’t know why I agreed to it, but I was here to find the old recording. I had a feeling I needed to get into the Brotherhood for something in the future.

I eventually made my way around the gaping hole in the floor. I hugged the outside wall, avoiding any doors from then on. My eyes adjusted and I searched the ground for the fallen brother, but finding nothing except straight hallways and more unlocked doors. I had come too far to give up, even if that meant staring down more burned up and destroyed bodies.

Systematically searching each room took longer than I would have liked, but it ended up being fruitful. Inside the last room I checked (of course), I found the fallen brother, still in his power armor. A quick search of his person yielded the required documents. I retraced my steps, went up the rope, and got the hell out.

Something in my gut tells me that I might need to go back to The Glow in the future, but for now, I’m done down there.

I knew this place existed. I just didn’t know that it was populated by a ‘superior race’. I have failed the vault. I came here to destroy the base and all of the Super Mutants inside. I don’t think I’m going to have to worry about that though.

I’m locked in a cell, similar to a prison cell. The base, however, doesn’t seem as worn down as the rest of the world from what I can tell. It looks like these so called Super Mutants have been keeping up with the maintenance. I hear them talking about taking over and creating a ‘superior race’. I don’t know what it means though.

-NEXT DAY-
The Lieutenant of these monsters came and saw me this morning. That’s what these “people” are, too; they’re monsters. They plan on turning all of the humans in the wasteland into beasts like them. The mad man didn’t tell me how they plan to do this, but their numbers suggest that they are succeeding at it. I never see the same mutant move by my cell twice. They all smile at me as if they know something about my fate that I don’t.

-SEVERAL WEEKS LATER-
Time keeps passing. I have lost track of what time it is, what day. The mutants are starving me until I tell them the location of the vault. I can’t tell them, if I do, everyone inside will die for sure. I’m taking that information to the grave with me.

-NEXT DAY-
They’re taking me to another cell, I think. These bastards think they can turn me into one of them. Even if they do, they will never get the vault’s location…

Erich was introduced to gaming by his grandfather before he could walk. Since then, he has grown up loving Nintendo and most games in general. He couples his love of videogames with journalism to cover news, provide reviews and tell it how it is in the gaming world.
Previous Darksiders II: Deathinitive Edition launch trailer puts on a show
Next Even a Devil May Cry for this Art Book