The newest controller from peripheral-maker Power A, the Fusion Pro looks to perfect Xbox One gaming, with a little added flashiness of course. 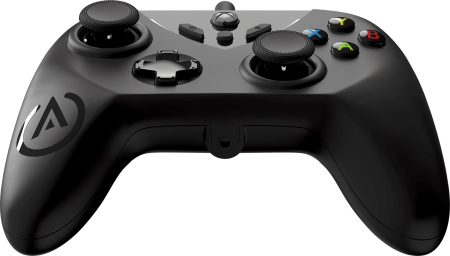 Officially licensed for the Xbox One, the Fusion Pro sports some nice bells and whistles and -most importantly- is built for sturdiness. I won’t name any names here, but I’ve had some less than great experiences with third-party controllers in my long gaming life, and it’s good to hear that Power A has taken some extra steps to make sure that this one isn’t a letdown.

A four-stage testing ‘regimen’ is what this little beauty was put through, including a series of button-presses that got up to the one million mark. Yep, that’s a lot of button presses alright. The pad also features “platter-style precision” analog sticks, four underside buttons that can be assigned as you like, rapid-fire capability, a 9.8ft braided USB cable, built-in audio jack, and a custom light-up feature with 256 different color variations.

The Fusion Pro for the Xbox One will ship out on October 26th and will cost you $79.99 USD.

Jason's been knee deep in videogames since he was but a lad. Cutting his teeth on the pixely glory that was the Atari 2600, he's been hack'n'slashing and shoot'em'uping ever since. Mainly an FPS and action guy, Jason enjoys the occasional well crafted title from every genre.
@jason_tas
Previous Go monochrome and harken back to a simpler time with Rogue Invader
Next Battlefleet Gothic: Armada looks out of this world in new trailer