Home / News / Capcom keeps the remake train rolling, will have RE0 remake ready for 2016

Capcom keeps the remake train rolling, will have RE0 remake ready for 2016

Coming through on promises to mine their back-catalog for HD remakes and remasters, Capcom already has a new one in the offing. Ready to take that train ride into Raccoon City one more time in Resident Evil 0? 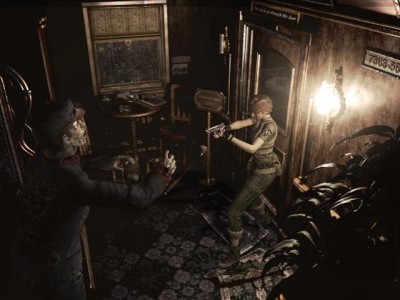 First released on the Nintendo GameCube, RE0 is a prequel story for Capcom’s long-running horror franchise. The game takes players back to the events that led up to the mansion incident in the woods around the formerly idyllic midwestern American burgh of Raccoon City.

There’s a train ride, zombies, 2 playable characters (natch) and a freaky leech-man that always managed to get under my skin. RE0 was also a Nintendo exclusive title, appearing first on the GC and then making its way over to the Wii for its first re-release. Now though, pretty much everybody except Nintendo gamers will get to experience the game, as it’ll be appearing on the Xbox One, PS4, Xbox 360, PS3, and PC.

You can expect to see Resident Evil 0 hit those platforms in the first quarter of 2016, complete with all-new, overhauled visuals. That should be quite a treat, as the game already looked pretty darn good.

Jason's been knee deep in videogames since he was but a lad. Cutting his teeth on the pixely glory that was the Atari 2600, he's been hack'n'slashing and shoot'em'uping ever since. Mainly an FPS and action guy, Jason enjoys the occasional well crafted title from every genre.
@jason_tas
Previous One of the greatest gaming icons of all time, Pac-Man celebrates his 35th
Next Marvel plans something ‘All-New, All-Different’ for 8 months later