DST releases are nothing if not diverse. This week sees the release of a new Enterprise A from Star Trek, as well as the second series of TMNT Minimates and a wicked little goblin bank. 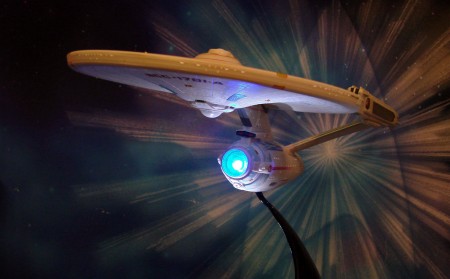 If you’re a regular player of tabletop games like Pathfinder, or even D&D and Warhammer, this is going to catch your attention right away. I’m not exactly the world’s authority on board gaming, but DST’s new goblin bank looks like something that you might have to have if you host game night with any regularity. He’d just make such a cool little conversation piece, wouldn’t he? And although he is from Pathfinder, he’d probably fit right in with any other middle-ages-themed gaming property.

Going slightly past the dark ages, is Diamond’s new Enterprise A form the Star Trek motion pictures. This baby is from the classic series of films and not the JJ Abrams-verse, which automatically makes it awesome. Well, for me anyway. As it was in the Undiscovered Country film, this ship is loaded with lights and sounds taken from three different Star Trek movies. All that and it’ll look quite spiffy on the shelf in your ready room.

And finally, this week sees the long-awaited arrival of the second wave of Teenage Mutant Ninja Turtles Minimates. The new series comes blind-bagged and features new renditions of the Fab Four, an awesome new Shredder in his red outfit, Splinter, Casey Jones, and more. IF you’re a TMNT nut, these are some figures that you shouldn’t miss out on.

That’s what’s in stores this week figure fans. Scroll down for more detailed looks at the new stuff and some pics, and then make your way over to your favorite comic book shop or specialty store for the goods. 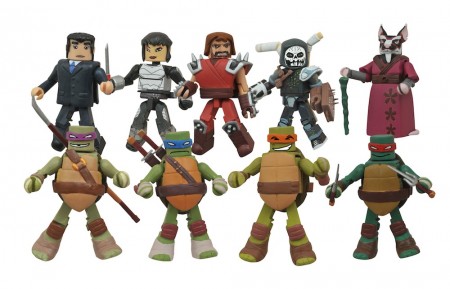 Jason's been knee deep in videogames since he was but a lad. Cutting his teeth on the pixely glory that was the Atari 2600, he's been hack'n'slashing and shoot'em'uping ever since. Mainly an FPS and action guy, Jason enjoys the occasional well crafted title from every genre.
@jason_tas
Previous The Escapists busts loose, hoofs it on over to the PS4
Next Bring crazy home with Previews new Harley Quinn bust/bank