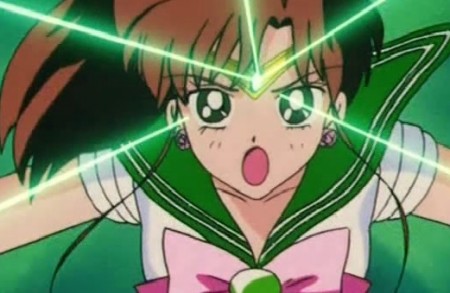 Sailor Jupiter is the very definition of strength, and she was brought to life by Susan Roman in all four seasons of the original English dub of Sailor Moon.

Roman went to theater school because she had dreams of being a on-camera actress. Originally from Montreal, she decided to move to Toronto since there were more acting opportunities, and so she did a lot of television and film work. Roman got into voice acting when her agent had mentioned that there were auditions taking place for an animated series, and she jumped at the chance to give it a shot.

“Little by little I started doing way more voice work and started enjoying doing voice work way more then I was enjoying the on-camera stuff. Finally I just said let’s put an end to the on-camera and just focus on voice work. Which is what I’ve been doing for the last 20 years,”said Roman.

There was a huge casting call for Sailor Moon and Roman recounts the audition day very clearly, and what she felt towards Lita/Sailor Jupiter.

“There were a lot of actors and actresses in the room that day, and as I recall I think I read for every sailor scout including Sailor Moon. I think the only one I didn’t read for was Sailor Mercury. I know I wanted Sailor Moon. We all wanted Sailor Moon of course because it was such a great character,” Roman began.

“There were character breakdowns for each part and I know when I read the character breakdown for Lita I really liked her. I just felt a very strong kinship with her right off the bat, but I wasn’t really focusing too hard on that because I was of course focusing on trying to get Sailor Moon.”

“When my agent called me and said they would like me for Sailor Jupiter I thought if I can’t do Sailor Moon I really liked the idea that I got Sailor Jupiter. It’s just so uncanny of how similar the actresses are to the parts that they got.”

To further understand this Roman shared a memory which involved a photograph of her, and actress Katie Griffin (who played Rei/Sailor Mars). 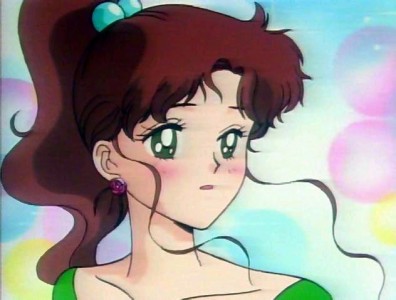 “There’s a photograph that Roland Parliament (one of the first directors ) dug up from his stash of photographs and I think it was taken 18 or 20 years ago, and it’s a photograph of me, and Katie Griffin in the studio with our headsets on. I rarely in my life have had long hair, but in that point in time I had my hair up in a ponytail, and Katie’s beside me and her hair at that point was really, REALLY dark and it came down to her waist. And I thought we actually look like the parts that we’re playing,”said Roman.

Roman said that the producer was very keen on the physicality of the person playing each part, and how voice work can sometimes, overlap into on-screen performances.

Since landing the role of Lita/Sailor Jupiter, Roman had been one of the few actresses that remained a part of the cast throughout the entire four seasons of Sailor Moon and the movies.

“It was spread out. We would record over a couple of months, and then we wouldn’t record for what seemed like four to five months and it was assumed well that’s gone, and then the show would come back, so whenever it came back I happened to be here, but for some of the other actresses the timing turned out not to be good for them. So in certain cases people were replaced by other actresses,” said Roman.

Roman also went onto explain that it’s really difficult when someone is replacing an existing character.

“It’s really hard on the actor or actresses who is replacing somebody. You try to concentrate on performing but more often than not your brain starts focusing on: do I sound like her?And then the other part of your brain goes: No wait a second. Just read the line. Just read it with your heart. So sometimes what happens when you are replacing somebody is that you end up reading it with your head, because you want so much to sound like your predecessor.”

Despite the challenges that some actors and actresses faced, Roman enjoyed meeting new faces and working with them.

“It was really neat to meet all the different actors and actresses who came through you know playing the same role. It was interesting. Everybody of course is from Toronto so we got to meet people we hadn’t known before or sometimes we got to work with people we’ve known for a long time,” she said. 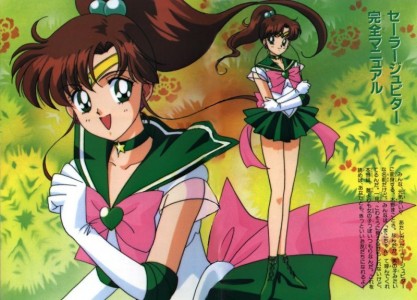 “I believe that it continues to touch lives because I’ve seen what it did to the lives of people 15 to 20 years ago. That’s one of the great things because we get to meet so many people who have been impacted by that show. In many instances it impacted positively and some things just stand the test of time. Now with the release of the new dub a whole new generation of young girls, young guys, teenagers, and all the old fans who want to watch the stuff that they missed the first go round- it might have been deleted- it just proves that some things just don’t really need a certain time frame to be popular.”

Fans all have their favourite Sailor Scouts and for Roman, she has a special fan memory that she shared in regards to Sailor Jupiter.

“Very often people will come up and say that they were bullied in school, life was very difficult for them, and when they started watching Sailor Moon they saw Sailor Jupiter and how strong she was– how she wouldn’t let anybody get her down.”

In addition to Sailor Jupiter changing a fan’s life, she has changed Roman’s life as well by reinforcing two valuable lessons.

“I think one of the most important things that I have learned, well it’s something that I believed in all along but now I believe in it even more strongly and that is if you have a good friend you have to have their back. You have to be supportive. and you can be angry at times, moody, and be a normal person but no matter what when push comes to shove you’re there for them. You’re there to support them, to stand up for them, and to have their back,” she began. 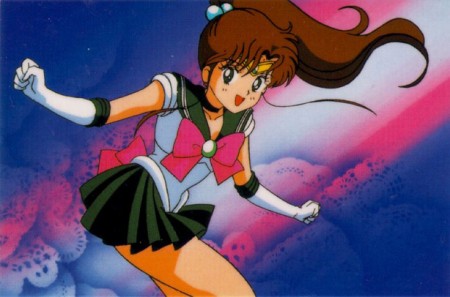 “Sometimes when I am feeling down I try to draw on that Jupiter energy you know that says (Sailor Jupiter’s voice): “Come on! Let’s just go! Okay!” I will talk to myself like that. Sometimes you can actually talk yourself into feeling better if you have a positive voice in your head that you can emulate, I mean at first it doesn’t feel very authentic because it feels like you’re trying too hard but then all of a sudden something clicks inside and you realized that you grabbed on to that positive energy – that energetic energy and before you know it you’re doing what you have to do.”

Roman relates to Sailor Jupiter in so many ways, but most importantly they share similar values, in regards to being loyal to their friends.

“Let’s say you have a best friend and you’re at the mall. Then a guy comes along and your friend changes right in front of your eyes, because she is doing something to get this guy interested or fascinated by her or something.

I’ve had that happen and I would stand there and look at this person, who I thought I knew and doing this whole number because the guy is there. And totally ignoring me, and when the guy leaves she is back to normal. You see that’s not loyalty. That to me is like a fair weather friend. So I could not imagine Sailor Jupiter doing that to any of the other Sailor Scouts.”

Reflecting back on being a part of the whole Sailor Moon project, Roman shared what she took from the experience.

“The one thing that I have taken from being a part of the whole project the best part of it has happened ironically in the last three or four years/ And that is getting to meet the people who were affected by this show and that has been the greatest gift of all.

“To meet those people 20 years later, talk with them, and learn that something that I was involved with has had an effect on them you cannot get any better then that. I am very grateful to have been involved with this project- from the very beginning to the very end of when it ended in North America.“

Hey! I'm Nadia! I am a big fan of RPGs and you can almost always catch me playing one in my spare time. Writing is my passion, and my intention is that you all learn something through my work!
Previous Red Skull #1 brings some (more) evil to Secret Wars
Next THE GIFT THAT KEEPS ON GIVING: INTERVIEW WITH CANADIAN VOICE ACTOR MATT HILL