Toys R Us stores are about to get an fresh infusion of The Walking Dead, as the latest wave of TWD Minimates are on the way from DST. 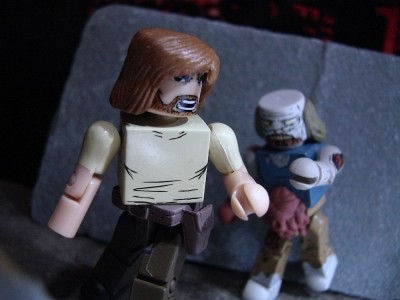 Diamond Select has a really nice line with the Walking Dead Minimate series, with an even balance of zombies and characters from the runaway hit comic-turned TV sensation. This latest set of two-packs is themed after issues #115-126 of the book, and includes a bunch more fan-favorite characters from the comics, plus four more zombies, some of which are sporting some neat little gross-out features and one of whom is a poll-winner that’s been picked by the fans for inclusion (prom zombie).

Have a look at the descriptions below to see who’s paired with which undead creep, and what looks they’ll be cast in. The new line arrives in Toys R Us stores this month. Also worth noting is that the tradition of a comic book shop wave that accompanies the TRU releases will be upheld, and you can look for a set featuring Jesus, Dwight, Chris, Derek, and Holly to appear as well. 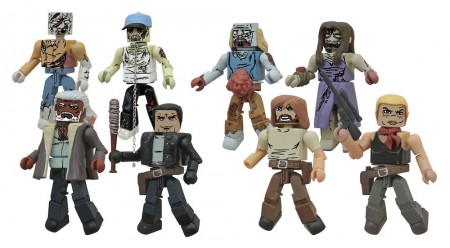 Jason's been knee deep in videogames since he was but a lad. Cutting his teeth on the pixely glory that was the Atari 2600, he's been hack'n'slashing and shoot'em'uping ever since. Mainly an FPS and action guy, Jason enjoys the occasional well crafted title from every genre.
@jason_tas
Previous Interplay is working on a new Clayfighters
Next Release date announced: LA Cops