All of the glory of the Tales series on a handheld – What more do you need? 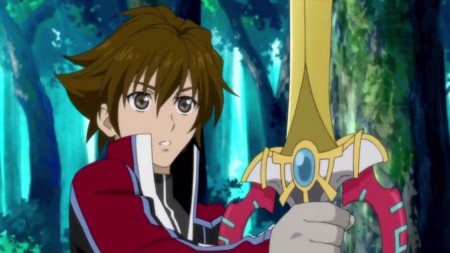 Tales of Hearts R is a PlayStation Vita port of the original Japanese Tales of Hearts for the Nintendo DS and is localized for the English speaking market for the first time.

The visuals of the game look amazing considering that this was originally a Nintendo DS game. I like how the various locales look and how everything reminded me of the good old days of Tales of the Abyss. Mind you, I’m not comparing the two games, but rather appreciating the beauty and grandeur that both games brings to the table. The character designs are beautiful too and most of them are loveable on sight save for Shing, the protagonist – but that’s probably just me.

I also like how most of the weapons looked and the unique taste they bring in a Tales of… game. The monsters look standard for any Tales game, from the flans to the bigger baddies, but that doesn’t take away their charm, and if anything it probably only adds to the nostalgia factor that each Tales game never fails to give me. The skills look alright too, but are nothing too special and nothing we haven’t already seen, but again, that’s not necessarily a bad thing. 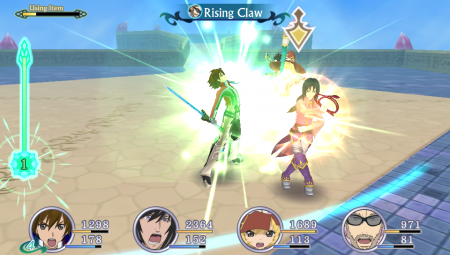 I also enjoyed the various animated cutscenes that the game presented and it reminded me of the times when I used to play Lunar and the older Tales of… games like Abyss and Destiny. The animation may not be as top class as Ufotable’s take on Xillia but it’s definitely something to look forward to.

The music in the game through, just feels wrong for some reason- especially the theme song. Take note that I am reviewing the localized Tales of Hearts R version and I loved the theme song for the original Tales of Hearts game on the DS. The battle music doesn’t seem exciting enough and the game’s OST just seems plain and mediocre compared to the other more glorious entries in the series.

I mean, they managed to cram Tales of the Abyss in a 3DS cartridge and that was a good game with good music so I’m wondering how they failed to do that on a Vita card. The music’s lack of grandeur isn’t anything too game breaking, but as a Tales of… fan, I must admit that I feel disappointed at the lack of impact that the music gave me, or in this case, didn’t give me. Music is an integral part of any game and publishing a game with a ‘just barely good enough’ soundtrack should never be in the minds of any serious game publisher and/or developer, especially not with a game that is a part of one of the biggest franchises in gaming.

The story on the other hand seems just right for a game like Tales of Hearts R. Without spoiling anything, the game basically begins with Shing meeting Kohaku and her brother Jadeite with Kohaku losing her emotions as a result of an earlier attack on her, and Shing feeling responsible for this loss. Luckily for them, the emotions can be recovered with the help of their special weapons called Somas. It isn’t exactly the best written story out there, but it’s definitely something to look forward to after going through the mess of things being lost in translation as a result of a less than stellar localization.

Speaking of things being lost in translation, the names are among the most important things that were messed up by the team that worked on this localization: Shing became Kor, Kohaku retained her Japanese name but localized, she should be known as Amber. To be fair, these things don’t really determine what makes this game good or bad, but they do make the journey enjoyable if they are done right. 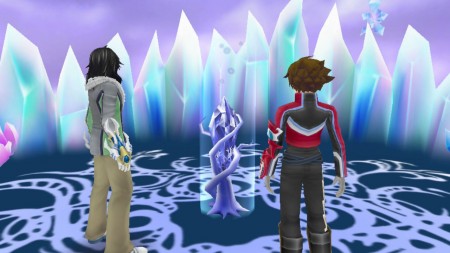 The gameplay is reminiscent of older Tales of… games so don’t expect anything as complex as Tales of Xillia’s Dual-Raid Linear Motion Battle System, as the game utilizes the Combination Aerial Linear Motion Battle System, a variant of the battle system used in games like Tales of Destiny. The game also features all of the standard features that the other Tales of… games have from the Skits, Extra Conversations and Item Collection and all of them add to the fun factor of the game and replayability. The game also makes use of the PlayStation Vita’s touchscreen in that you can assign NPC skills to the various gestures such as ‘Swipe Left’ or ‘Swipe Right’ and if done right, this could determine victory or defeat in a battle.

As stated above, the characters are all loveable except for Shing who comes off as irritable, naïve and childish but he does possess a kind heart. Of course, Shing changes for the better during the course of the game, but initially, I did dislike him. The standout character for me is Ines Lorenz for I found myself looking forward to what she was going to do or say next. Everyone in the party, like in any Tales of… game, has their own personal circumstances and the way the game resolved most of them felt okay enough for me to not deem it bad, but the character development that got me the most was of Kohaku’s change.

She starts out as sweet, caring and kind, but independent and tough enough to not be a damsel in distress kind of character. And when she loses her emotions, that’s when I knew that I was going to love this game. Seeing Kohaku as a shell of herself got me feeling for her brother and it made me root for them to eventually be okay. I guess it is their love as siblings that really got me in this game and of course, Shing’s undying resolve to make things right is the icing in the cake. 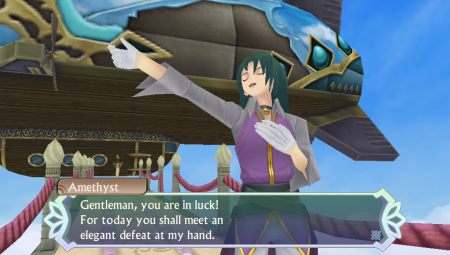 Another aspect I enjoyed in the game is the voice acting. Man these Japanese voice actors are good – with the exception of Tetsuya Kakihara’s take on Shing. Shing just seemed annoying at first, really. I get that this may be just a personal grudge against the main character’s childishness but mid-game Shing does get better. The other characters were a godsend as Kohaku was voiced by Inoue Marina, who played Armin Arlert in Attack on Titan, and most especially Ines Lorenz who is voiced by the talented voice actress Ito Shizuka. She definitely gave out that ‘Older Sister’ vibe with her teasing yet mature voice and that’s something that got me enjoying the game more both as an RPG gamer and as a fan of Japanese animation.

One thing I didn’t like about the game though, is how the dungeons feel limited and small. I get that this game is from the Nintendo DS and that it was originally released in 2008, but making the dungeons bigger should have been one of the priorities in porting it. I enjoy dungeon crawling and I know that Tales of Hearts R isn’t really a dungeon crawling game, but c’mon man, 1996’s Lunar Silver Star Story Complete had bigger dungeons than this game.

The controls are basically the same as in every Tales of… game and they are easily learned, and quite frankly feel intuitive and second nature as a long-time Tales fan. I find that the controls in Tales of Hearts R are satisfying and responsive; if anything should be improved, it’s probably the PlayStation Vita’s buttons that sometimes feel sticky and tough.

Tales of Hearts R is a great port save for the imperfection of its localization. It’s sure to make any Tales of… fan and generally any RPG fan happy with its engrossing story and its loveable characters.

Just bear with the music and try to get used to it, and if you can overlook the somewhat small dungeons as well, then this game may be for you. If Namco Bandai can learn from their release of Tales of Hearts R, then I can only be optimistic that the future of handheld Tales gaming can improve and eventually be good enough to go toe to toe with the bigger releases.

Benj likes video games, neckties and scotch. His favorite games include Resident Evil 2 and Final Fantasy VIII. You may contact him at [email protected]
@ggburroughs
Previous Xbox one creeps up on 10 million sold thanks to price drop
Next Sony looking to get PlayStation into the TV business with PS Vue