Abyss Odyssey is a side-scrolling Rogue-like game with elements from fighting games such as Street Fighter and Super Smash Brothers. The game has players traversing Santiago, Chile, a city whose landscape is plagued with entrances to an abyss that’s filled with monsters and other supernatural entities seeking to spray the player’s blood all over their domain. The Abyss and its inhabitants are created by the dreams of the “Warlock”, and it is up to our heroes to save the day.

The story here is reminiscent of the fairy tales that you may have heard of in the past, about Heroes going on a grand adventure and fighting monsters to save the world. The premise of Abyss Odyssey is that a powerful “Warlock” has fallen asleep and his dreams (or nightmares since they will kill you – a lot) have taken on a life of their own and several entrances to the Abyss have opened up all over the land.

Now, the people of Santiago are troubled by this (obviously) so they send in the military to try and deal with the Abyss but alas, the soldiers prove to be less than a match for the monsters. Three Heroes are gathered instead and together, they attempt to save the world once and for all. The story is simple but beautiful. The narrative is provided by the Warlock’s journal whose pages are scattered all throughout the game and only by completing the pages can they form a story to tell. 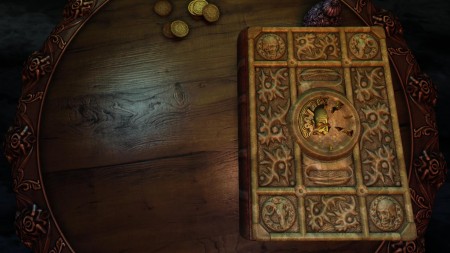 The art and visuals of the game are influenced by the Art Nouveau movement, giving the story a colorful tone and aestheticism that can certainly be called beautiful and unique. The colors give out a dreamlike feeling and is somewhat reminiscent of a darker Child of Light – and that’s a good thing. Vibrant and wonderful can be used to describe the game’s visuals as each character, NPC, background, and even the monsters are artfully given life. If anything else, the arts and visuals of Abyss Odyssey may be one of the better aspects of this game.

The music is skillfully done as well. It can be mellow when the player is traversing the town and it can be tense when the player is surrounded by foes on all sides, and the best part is that the music never seems to be repetitive. Each loop is welcomed with open arms and that says a lot about an Original Soundtrack’s composition. Abyss Odyssey’s composer Patricio Meneses did a job well done on the soundtrack for the game. Noteworthy is the game’s opening song (aptly titled “Opening”) as it sets the tone for the game and gets the player’s blood pumping and ready to defeat the scourge threatening our world.

Abyss Odyssey’s controls are simple and easy to master, with the possible exception of the fact that movement may prove to be a little annoying on a keyboard, but it’s nothing game-breaking. The mechanics of the game are a little harder to master, but can be conquered after spending some time with it. Learning the Character Combos and the “Captured Monsters’ Combos” (more on that in a second) may prove to be confusing but that’s not a bad thing, either. All in all, the controls and mechanics of the game feel intuitive but a little practice here and there should help.

Gameplay is surprisingly deep! There are a lot of things to accomplish and could prove to add to the replay-value of the game. The Heroes can capture the souls of their foes and transform into them at the press of a button. The monsters you can transform into range from the standard cannon fodder the player fights in the beginning of the game to the mightiest and baddest of the bosses. Yup, even the final boss is not safe from our heroes grasp. There are also 3 Heroes to choose from: Katrien the short-sword-wielding maiden, Ghost Monk who uses a Broadsword, and La Pincoya the spear-wielding elemental Goddess. 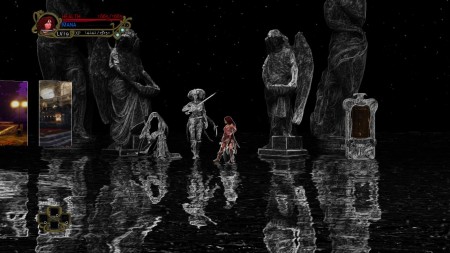 The game also features a shifting difficulty system wherein some portions of the Abyss are on “Easy” mode, some on “Moderate” and others on “Hard” which is quite troublesome, but hey, what’s an adventure without a little difficulty, yes? Easy may not really be as easy as some may think (for a beginner) so remember to always approach with caution and try to devise a strategy or at least master your combos so that you can survive for at least a while longer.

Abyss Odyssey features a multiplayer function too wherein players can simply drop-in or out of a game. Players can assist each other in defeating bosses, accomplishing tasks such as completing the in-game journal (a narrative device which compliments the story of the game), capturing monsters and, most importantly, help each other survive in the grueling and unforgiving depths of the Abyss. Noteworthy is the ability to harm your co-op teammate (I’m having Battletoads flashbacks right now -ed), of course turning off friendly-fire is possible, but the game does warn that doing so will disqualify the players from the community based final-boss objective wherein each time a player (or players) defeats the final boss, a small portion of his mask breaks away until it reveals another identity and with it, new features and new enemies. Though it is annoying to have to be wary of your teammate as well as try to survive the monsters who are trying to kill the player character, the author believes that the added challenge can only add to the appeal of the game.

Prominently featured in the game is a 4 player PVP mode, either online or local, where the goal is defeat your opponents and be the last Hero standing. This game mode is reminiscent of Super Smash Bros. and the much older Power Stone series, but the game sets itself apart with the many combos and complexity that each hero and their abilities have. Noteworthy here is the game’s upgrading system wherein the player can choose what hero uses which ability. The player can also choose to strengthen the abilities using skill points, adding bonuses in defense, mana-drain or offense.

There are 3 main weapons for the 3 heroes of the game: Short swords, Spears and Broadswords. Abyss Odyssey offers a varied choice in weaponry and weapon buffs, and they can be procured by looting treasure chests, defeating enemies who randomly drop these weapons, or picking them up from merchants – at a hefty price. The game’s store feature is convenient but most of the time it is a hassle to find and may not always have what you need (i.e. Health Potions. A lot of them, too.) It is also interesting to note that these stores may sometimes stock up on Monster Souls. 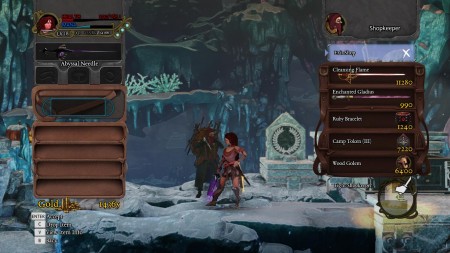 The usual method of procuring Monster Souls is by using the Heroes’ various Special Moves which are activated by filling up the mana bar and clicking on the left and right mouse buttons (for the PC Version, of course) at the same time and note that the success rate of capturing a monster is determined by the Player Level, Damage to the Monster and other factors that are unknown to the author (See “Pokemon”). And trying on every Monster Ability and Combo is difficult, but tempting as each Monster is described to be as complex and as flexible as the playable hero characters themselves.

Abyss Odyssey is a great game with a wonderful soundtrack and beautiful visuals coupled with a promising story and a relatively ‘okay’ battle system. It’s only weakness lies in its repetitiveness but the author recommends buying this one.

Trust me, you’re going to be enjoying dying – for a  long time.

Benj likes video games, neckties and scotch. His favorite games include Resident Evil 2 and Final Fantasy VIII. You may contact him at [email protected]
@ggburroughs
Previous Going on down to South Park… to play some pinball
Next Life is Feudal:Your Own Impressions