Resident Evil Revelations is coming back to consoles with what may or may not be a direct sequel to the 3DS original. 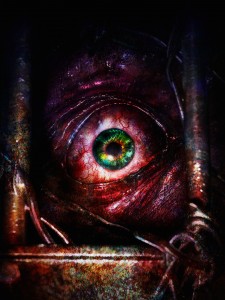 There are still a myriad of things that we don’t know about Resident Evil Revelations 2. The story, characters (although it’s been published that Chris Redfield and Jill Valentine won’t be in the game) , and setting all remain a mystery. What we do know though, thanks to a Capcom briefing at a pre-Tokyo Game Show event this morning, is that it’s definitely on the way to the PS4, Xbox One, Xbox 360, PS3, and PC in early 2015.

And no, I didn’t forget to type something as a 3DS edition has not been announced, which does strike me as odd considering that that’s where the sub-series got its start. Though with current and last generation versions on the table, it does make you wonder if Capcom is set to promote Revelations 2 as more of a headline title, instead of a side-story to the main Resident Evil series.

In that case it would definitely makes sense that there’d be no handheld version since the chances of it actually being able to run on mobile hardware (even on the New 3DS) would probably be pretty slim.

Stay tuned, lots more to come on this one as we work our way towards quarter 1, 2015.

Jason's been knee deep in videogames since he was but a lad. Cutting his teeth on the pixely glory that was the Atari 2600, he's been hack'n'slashing and shoot'em'uping ever since. Mainly an FPS and action guy, Jason enjoys the occasional well crafted title from every genre.
@jason_tas
Previous Loki has his hands full with Dr Doom in the latest Agent of Asgard
Next Marvel announces one box set to rule them all