Home / industry / The Last of Us: Remastered (PS4) Review

The Last of Us: Remastered (PS4) Review

Naughty Dog’s instant classic reappears in a new Remastered form for the PS4. 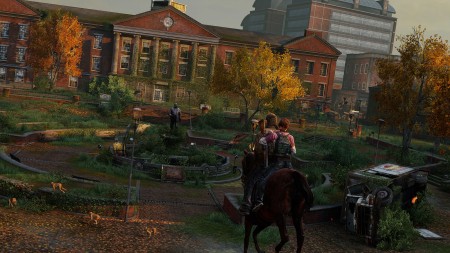 Well, it’s finally here, the most anticipated game in my household. The game I almost didn’t upgrade my PS3 for, because I had become far too attached to it. The Last of Us: Remastered. And I have not been disappointed, the very same story I know and love, upgraded graphically to make the characters seemingly come to life.

This story, it has to be said, is one of the most emotional tales anyone could ever expect from a video game and more. Twists and turns, leaving you on the edge of your seat, and characters written so well that you actually feel obliged to keep playing and hopefully find them a happy ending in a world of violence and terror. From the devastating death of Sarah, the heated relationship between Joel and Tess, then the agonising moment where Ellie finally catches up with the fireflies.

Given that nothing of the story line has changed, I mean why change something so good, but the enhancement of the graphics adds to the feeling and the atmosphere of the game.

This is a remaster, so of course the graphics are the huge addition here. The new frame rate of 60 fps, and 1080p resolution produces graphics so lifelike, your guests would be forgiven in thinking something had gone terribly wrong in the world should they walk in with this game on screen.

More gory, and disgusting Runners, Clickers, Stalkers ( my personal fave), and Bloaters. The fungus on each and every Clickers face and body, looking so revolting and repulsive, it really adds chills when they chase you through any dark room in some abandoned house. Stalkers and Runners of course are the frenzied stages, where any little movement spotted will send them on a heightened rage in your direction. The better graphics system allows you to finally clearly see into the eyes of you enemy, in a way you could never have imagined.

Joel, in his young days was quite the looker, but then after the 20 year jump- WOW! The details of his face are amazing on the PS4. You can see each and every hardship lived through his wrinkles. This is art at it’s finest. The likeness of Ellie is clearly now more Ashley Johnson than any other similar actress who will remain nameless, and the expression on her face while she is being controlled by the AI is very human and realistic.

The landscaping is the least sensational out of all of this, but nonetheless pretty incredible. The different seasons of year throughout the game showcase the artists’ talent, with snow, rain, rivers and lush greenery all looking far too realistic for a video game. The little details really stand out sharply, every brick and bottle, every piece of litter lying in the street, just jumps out at you, also making it a lot easier to spot inventory items, such as binding, and the all coveted ‘pills’ that allow you to upgrade your health, crafting speed and the ever handy listen mode. 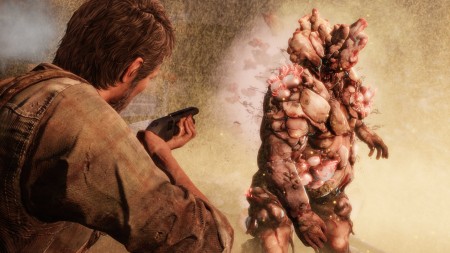 The basic weapon selection and inventory are all still there, but now incorporating the PS4’s new controller. Instead of crafting and viewing your backpack via the select button, it is the new touch pad you will use. The difficulty modes are all there, and the chance to earn ‘money’ to purchase new items of clothing and such for the story mode are also still with the game.

The sway seems vastly improved, even without weapon upgrades, on most weapons. The game play is also reasonably smoother with the improved 60 fps, and the cinematic to game play change is extremely quick. So far no bugs, and no glitches, but I’m sure I will create some.

Photo mode of course is a brand new addition, the fact you can take photographs throughout your journey and document each one (and edit them) is a lot like the photo mode of Infamous Second Son. There’s been an awful lot of good reception on the photo mode, I have tried it once or twice myself but am saving it for my second play through to really go wild with it.

Well, this is my favourite multi-player ever, and again with new graphics, the crispness makes it that little bit easier to distinguish the enemy in the distance. new weapons have been added, new skills, and some new pre-loaded loadouts thrown in there also.

Again, the basics of the Multi-player mode have not changed. There are different gaming modes within it, soon to be released new ones joining ranks, and of course all the downloadable add-ons. There’s a lot to do and it’ll make everyones multiplayer experience a different one. But the third person team based mode itself, is in fact quite addictive, with your survival relying on collecting ‘parts’, which are dropped after kills and awarded for teams winning each round/game. Your firefly or hunter will have chance to last a whole 12 weeks, if you cant keep your camp safe that long, you simply begin again and select which side you are one an away you go.

Left Behind is a sort of prequel to the actual game itself, introducing Riley Abel, Ellie’s best friend. Other players that have read the comic series, The Last Of Us : American Dreams, will already be familiar with Riley, but the DLC does allow the players who are not so familiar with her, have a slight insight to her rebellious personality.

The only DLC for the single player mode to be released also gives you the player a chance to see what Ellie got up to in between her and Joel leaving the university where was Joel impaled and where the player switches to playing as Ellie as she hunts the deer and meets David and his pals. In this interesting part of the DLC, which switches back an forth between Ellie alone and Ellie with Riley, you really get to know Ellie’s past and see how she has grown through out the game itself.

Even with funny mini games added in, the DLC had mixed reviews from players who thought it was too short. Personally I would have liked to see some of what happened in the 20 years after Joel losing Sarah and Tommy joining, and leaving, the fireflies. 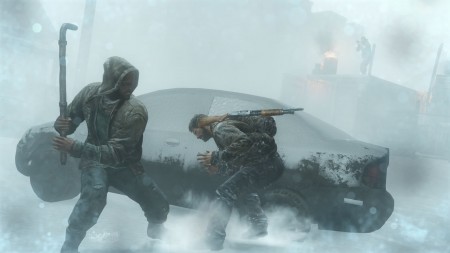 I have say maybe I’m a little biased, as I truly loved this game on PS3, but after sitting and playing through on the PS4, I’m so glad I did. Everything they have upped their game on has just totally enhanced my gaming experience in any way that could be possible.

I have spoken to people who were Xbox owners and have now become PS4 owners, who will be experiencing this game for the first time too, and my only advice is just enjoy it. Throw yourself in to the game, because this is one of those titles, I feel, that will go down in history as a game of a generation, with everything a gamer could possibly want or need right there at your finger tips.

One of BG's UK contributors and a PlayStation super-fan, Kiri is self-described as "super competitive" and can be most often found shouting at her other half "kicking my butt on Injustice".
Previous SDCC 2014: DC Comics hosts Batman Animated, New 52 figures and more
Next SDCC 2014: Hasbro focuses on Marvel and Star Wars, with a lil bit of Transformers mixed in 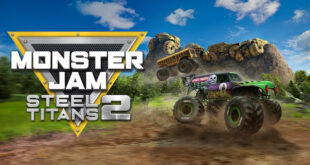 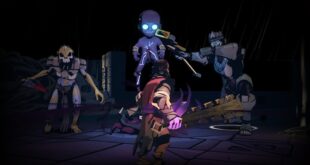 From Passtech Games and Focus Home Interactive, Curse of the Dead Gods is a particularly …