Home / Comics / Feature Friday: Five horrible X-Men games, and a plea for one that delivers

Feature Friday: Five horrible X-Men games, and a plea for one that delivers

This past week we’ve been posting a bunch of X-Men related stuff, most of it having to do with the Death of Wolverine storyline in the comics. It got us to thinking though; where are all the good X-Men games? 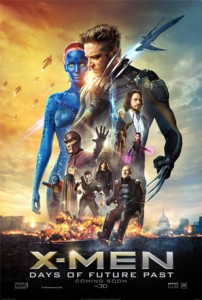 Brought up by new BG arrival and big time X-Men fan Kiri, it seems like there are just no good X-games anywhere as of late. For a while there we had decent stuff like X-Men Legends (and it’s sequel) and even X-Men Origins: Wolverine, which was surprisingly good, but after that… zippo. So in this age of superhero-licensed games like the excellent Batman: Arkham series and even the steady flow of decent Spider-Man titles from Beenox, is it remotely possible that we could get back to some good games about Marvel’s merry mutants?

Here are Kiri’s thoughts on the matter:

My first thoughts of the ultimate game/comics cross over was… Just Dance: Batman Edition. But I thought maybe that wouldn’t be a best seller.

So my very serious suggestion is an X-Men open world RPG. Using the mechanics of your average adventure game, but with the X-Men as your main protagonists, you’d be able to play as any and all of the main mutants. Sort of similar to the Injustice story mode with plenty of action and one-on-one ‘superhero’ moments, but then adding in the RPG elements of games like Final Fantasy, complete with stuff like needing to find collectables, taking on side missions for upgrades, and of course grand battles and boss fights galore.

I have played previous X-Men games and I felt so let down, and with the ever growing popularity with the movies, comics, and toys I really hope someone out there picks up on the gap in the market and expands this franchise with a decent game.

We want to play as Wolverine, Storm, Jean Grey, Mystique, and especially Magneto and Professor X. Us, the fans, need the rush of completing a mission in an open world environment, progressing our powers and expertise to the extreme.

I have to agree with all of those points and I think most other X-Men fans would too.

And I have to big time agree with the idea of an RPG for an X-Men game. Personally, I think the genre is the best representation of comics (really any comics) translated into a playable form. Honestly, you probably don’t even need the action elements in there to make it work, not that they wouldn’t be great too, but if a developer wanted to do something really different with a superhero franchise I think that’d be the way to go. Mainly because it couldn’t possibly be any worse than what’s come before.

Case in point, lets take a brief look back at some monumental stinkers- X-Men games that were just barely recognizable and almost completely unplayable in some instances. True, bad game translations are historically true of most superheroes, but the X-Men have been on the receiving end of middling games by the Blackbird-load, and some of the straight-up worst games of all time.

Don’t believe me? These are my personal top five of the bottom rung and I challenge you to defend them (especially the last two):

There you have my top (bottom?) five horrible X-Men games of all time. They’re all bad, though to be fair the top two (X-Men and Uncanny X-Men) are almost unplayable and probably deserve a list all their own, like a top tier of the biggest wrecks of all time…

Some different things have been happening with superhero games in general though over the last few years and, as I mentioned before, there’s some great stuff out there. Seeing as the X-Men are raising in popularity once more (with no small thanks to the X-Men: Days of Future Past film that was just released) it seems only right that there would be some interest in making a new game to capitalize.

Then again, (as has been pointed out in the past) Marvel’s rights to the X-Men films are still very much with Fox. Though I hate to think it could be the case, the comic book publisher might just not be ‘into’ pushing the brand right now. That’d be a shame, because a role-playing X-Men title just might have a chance to be one of the very finest superhero games out there.

Jason's been knee deep in videogames since he was but a lad. Cutting his teeth on the pixely glory that was the Atari 2600, he's been hack'n'slashing and shoot'em'uping ever since. Mainly an FPS and action guy, Jason enjoys the occasional well crafted title from every genre.
@jason_tas
Previous The Mountain Monster team goes hunting for Cave Creatures
Next Xbox Live Games with Gold announced for July