Developer Ready at Dawn wants the most film like look possible for its upcoming PS4 title The Order: 1886. So much so that they have capped the frame-rate for the game to 30fps. 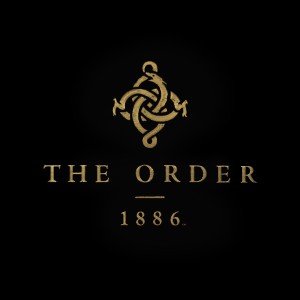 If you’re unaware, most big screen motion pictures run at just 24 frames per second (fps). Ready at Dawn really, really wanted that same level of film quality for its hotly anticipated title on the PS4, but has gone instead with a cap st 30fps.

Why limit the speed to 30 when most games run at 60? Well, simply because 60 tends to give everything a very slick and smooth look. It’s an almost unnatural look, which anyone who has ever seen the speed in action in a real, honest-to-goodness live action movie can attest to. It kind of looks… wrong.

In games, that’s not the case at all. Most games of the blockbuster variety proudly proclaim the 60fps marker as a part of their graphical arsenal even though it’s really not that noticeable to most players. Not here though as Ready at Dawn wants that gritty look and is shooting for a game that looks as real (as in filmed) as possible. The team would have gone with 24fps, says director Dana Jan as he spoke with Kotaku, but while that’s fine for something that you watch, it just wasn’t cutting it when applied to an interactive product.

Overall it’s an interesting idea, to make a game that looks more like a movie in terms of ‘film’ quality that solely the way the graphics come off. I’m sure there are more than a few people out there who won’t feel the same though, and will undoubtedly cry foul since 60fps is a number that pretty much every gamer has been trained to look for and a good chunk of them think that anything under that is inferior.

Whatever Ready at Dawn is doing though, it’s seems to be working out for them since The Order: 1886 is looking like something very special indeed. You will have a little more waiting to do for it though. If you missed the announcement earlier this week, the game has slipped free of 2014 and been officially nudged into quarter 1 2015.

Jason's been knee deep in videogames since he was but a lad. Cutting his teeth on the pixely glory that was the Atari 2600, he's been hack'n'slashing and shoot'em'uping ever since. Mainly an FPS and action guy, Jason enjoys the occasional well crafted title from every genre.
@jason_tas
Previous Savage Hulk #1 tears into Marvel next month
Next New Mortal Kombat teased by Ed Boon