Welcome to the latest edition of our retro review series! Today we are going to be looking at Kingdom Hearts 2, an amazing third person RPG developed by Square Enix. KH2 does a masterful job of weaving famous worlds and characters from Disney and Final Fantasy. 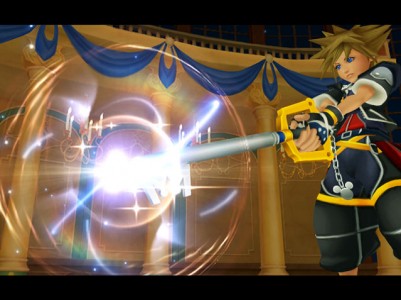 Before we begin, I have a few things to say: The first time I played this, was soon after the death of one of my family members, and I needed a way to escape. While playing KH2, I realized that the game teaches you how to cope with death and to move on. Okay, now that you have a little background, on with the review!

Kingdom Hearts 2 starts off with the player controlling a character named Roxas, who, despite having a life of his own, with friends, family, and even a whole town where most everyone knows his name, (*spoiler warning*) ends up being a Nobody. Nobody’s are creatures that never should have existed, just silhouettes of real world people.

Roxas, in this case, is the Nobody of the series’ main protagonist, Sora. After Roxas finds a young woman by the name of Naminé he has a nightmare where he falls into a white light; this leads into the main game, as you wake up as Sora (I swear, this all makes sense when you are actually playing the game). 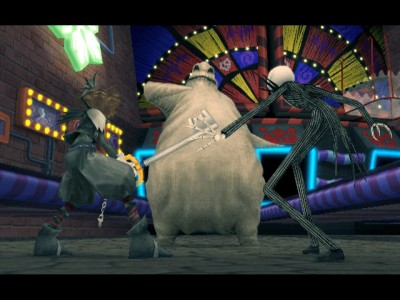 One of my favorite things about the Kingdom Hearts series, is the graphics. They are a perfect mix of mildly realistic, yet cartoon-like. The environments are just as great, with most areas leaving you feeling a sense of child-like wonder and awe. Most (if not all), of the locations in the game are in the universe of a famous Disney story, such as Mulan, or Beauty and the Beast.

My personal favorite however is the world from The Nightmare Before Christmas. The only complaint that I have is that, personally, I feel the worlds (as amazing as they are) feel a bit too small or streamlined. A few worlds are open, but a little bit more exploration could have done the game more good (totally agree – ed).

Another amazing point in KH2’s favor are the boss fights. Each world has a boss fight (sometimes even two or three bosses) with a well known villain from that particular series. For instance, in the Hercules world you fight Hades and in Mulan the battle is against Shan Yu. Most of the time, these boss fights are a great amount of fun and pretty difficult (sometimes frustrating). After beating the game, if you go back to a certain area, you can find Sephiroth (that’s right, Sephiroth) and have an amazing battle of the ages, also it’s extremely hard.

Combat is pretty run of the mill, and basically consists of mashing attack and dodge, and occasionally using a potion from time to time. Something thrown in to set it apart though, is the use of a system called Drive. When the Drive bar is full, you can change into one of many different forms, these start out with a low level form, but gradually grow all the way to basically being a walking titan. 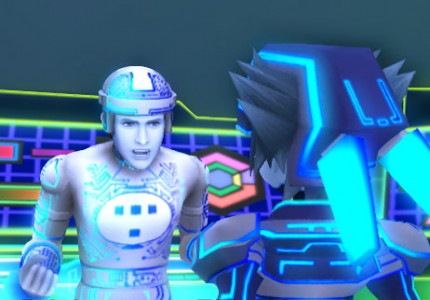 It is well written, well created, and very well executed. I would never discourage anyone from playing this game, or any of the other games in the series. This could just be my biased opinion, because like I said earlier, this game got me through some hard times; but if you are going through a rough patch and need a way to escape, play Kingdom Hearts 2… heck, play it even if you’re in a great mood, it’s that good… trust me.

Five parts actual review, 2 parts sarcasm, 2 parts bad puns, and one part self loathing = one of my game reviews.
Previous 2013 Brutal Gamer Awards part 3 (of 3) – Platform Bests and Game of the Year
Next LEGO Ghostbusters Ecto-1 coming this June