The latest LEGO title will only be making it’s new-gen debut on one console at the moment. 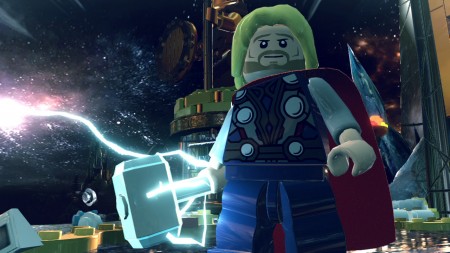 Update: Whatever was holding up LEGO Marvel Superheroes on the One (it was never really revealed) has apparently been taken care of as the game is now on track for launch next week. Blocky-Avengers… Assemble!!!!

If you were looking to grab a copy of LEGO Marvel Superheroes for the Xbox One next Friday,  you’re going to have to pick something else to take home along with your shiny new console. The game, which is available right now for current-gen rigs and handhelds, will be missing the launch of Microsoft’s newest for less than clear reasons.

In fact, no reasons were really given to gaming industry site MCV for the delay, with the only statement coming out of Warner Bros being that the game would still see release and a new date will be announced soon. The title is expected to release alongside the PS4 this coming Friday though, so if you’re getting Sony’s console (or both), then a little next-gen Marvel Team-Up is still in the cards for November.

As to when the Marvel heroes might debut on the Xbox One, sit tight. We’ll have it for you as soon as a new date is announced.

Jason's been knee deep in videogames since he was but a lad. Cutting his teeth on the pixely glory that was the Atari 2600, he's been hack'n'slashing and shoot'em'uping ever since. Mainly an FPS and action guy, Jason enjoys the occasional well crafted title from every genre.
@jason_tas
Previous Blood of the Werewolf (PC) Review
Next Assassin’s Creed IV companion App released