Home / News / Demons of the Past closes out Spellforce 2

Demons of the Past closes out Spellforce 2

Nordic Games’ SpellForce 2 comes to a close with the Demons of the Past add-on next month. 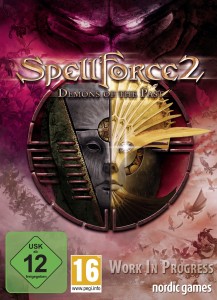 The popular RTS/RPG hybrid finally ends its run with the stand-alone expansion Demons of the Past. The brand new content pack and follow-up to Faith in Destiny (released last year) adds a total of 5 new maps (8 overall) to explore and do battle in.

Nordic is promising a pretty great bang for your buck too as Demons of the Past will have a whopping 25 hours of gameplay (which is pretty great for an ‘expansion’), some 50 quests for you to take on and new spells and weaponry.

With a story centering on the evil Zazhut and putting the tale of SpellForce 2 to a close, it’s up to the player to defend the world of Eo once again- for possibly the last time.

“Demons Of The Past is the final add-on for SpellForce 2. We’ve gone all-out to ensure it’ll be a fulfilling and conclusive end to the ever-popular series. The compelling story will make players want to fight to save the world of Eo from evil,” said Gennaro Giani, Localization and Production Manager at Nordic Games and also Nordic’s first internally bred SpellForce nerd. “Fans of the SpellForce series are amongst the most involved and motivated. With the new content we’ve tried to make sure it has exactly that unique and magic SpellForce feel to it.”

Keep an eye out- SpellForce 2 releases for the PC on October 24th.

Jason's been knee deep in videogames since he was but a lad. Cutting his teeth on the pixely glory that was the Atari 2600, he's been hack'n'slashing and shoot'em'uping ever since. Mainly an FPS and action guy, Jason enjoys the occasional well crafted title from every genre.
@jason_tas
Previous Killzone: Mercenary (PS Vita) Review
Next Assassin’s Creed IV playable at Eurogamer Expo