Hobbit toy line to expand with Desolation of Smaug

Toy maker The Bridge Direct’s excellent series’ of figures based on The Hobbit films will expand with an official wave 2 this Autumn with the release of the second film in the trilogy – The Desolation of Smaug. 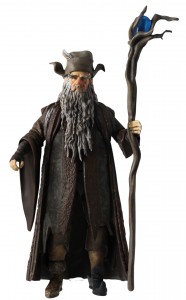 If you liked what’s been made thus far for Peter Jackson’s second epic trilogy set in Middle-earth, then you know what to expect from wave 2. Both the popular 6″ and the 3 3/4″ scales will return with brand new sculpts based on the characters. Here’s who you can expect to see in stores:

Each figure features 12 points of articulation and replicates the authentic facial features, clothing, weapons and accessories of the character in painstaking detail.

The Bridge also has a brand new con exclusive on the way for San Diego Comic Con 2013 that they promise will be revealed soon. Wave 2 of The Hobbit: The Desolation of Smaug figures will be in stores on October 15th.

Tags The Bridge Direct The Hobbit: The Desolation of Smaug

Jason's been knee deep in videogames since he was but a lad. Cutting his teeth on the pixely glory that was the Atari 2600, he's been hack'n'slashing and shoot'em'uping ever since. Mainly an FPS and action guy, Jason enjoys the occasional well crafted title from every genre.
@jason_tas
Previous WizKids/NECA announces TabApp Elite out on iPad and Android
Next The Legacy of Metal Gear Solid comes home this Summer