Home / industry / Doom 4 goes next gen or nothing

Doom 4 goes next gen or nothing

Just in case you thought that there was any kind of chance that the next Doom title from iD Software might appear on current generation consoles, we can definitively end that speculation for you. 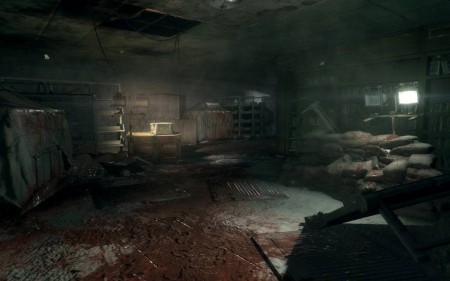 Doom 4 has had more twists and turns in development than you could chuck a Lost Soul at. It started out innocently enough as a co-project in development at the same time as Bethesda and iD’s newest IP Rage was going through the creative wringer.

Rage was a game that had some big ambition and while we liked it just fine, many others weren’t so hot on it and it ended up not having the retail punch that parent company Zenimax was looking for. Zenimax also felt that Doom 4’s first go around didn’t get the attention that it deserved since it was built side-by-side with Rage with what was effectively a split team.

The shortfall caused the title to be completely rebooted in its fourth year of development according to Bethesda vice president of marketing and public relations Pete Hines. And that was just the tip of the iceberg as D4 then reportedly went through massive inter-team issues, creative battles and problems galore.

Apparently, Doom 4 was, once upon a time, being set up as a remake of Doom 2. That’d make sense considering Doom 3 was a remake of the original title from way back when. The game featured  the player as a member of Earth’s resistance forces that were preparing for a full on hellspawn invasion in a game that reminded some in the company of Call of Duty- or ‘Call of Doom’ as they called it. But that’s all long gone now.

It’s unclear where the game’s development might be taking it presently, but according to Kotaku’s Jason Schreier it’s now next gen or nothing. iD and Bethesda parent company ZeniMax Media is apparently more than a little tired of playing the waiting game and has told iD that they have one year to produce or else. So what’s the ‘or else’?

Some rumors say that ZeniMax might actually move to shut down the longstanding developer (though I seriously doubt they’d do that), while others say that iD may transition from a developer of games to a developer of tech and just focus on creating stuff like the iD Tech 5 engine and the like. Honestly, While I do agree with Jason that that outcome is way more likely, I don’t really see it happening either.

Of course the best possible course of events (and the only one that’d have a certain outcome) is that iD just gets the job done and readies Doom 4 for launch next year. At the very least, the developer really has to get the project on the right track and set for release some time in the very near future if it just wants to avoid all the rumoring.

It’s an uncertain time for fans of the classic series who’d like nothing more than to see it continue. For now, there’s precious little that can be said definitively and it’s more of a waiting game to see what iD can produce. The next 12 months should be very interesting ones for the developer and Doom fans. Don’t change that channel folks.

Jason's been knee deep in videogames since he was but a lad. Cutting his teeth on the pixely glory that was the Atari 2600, he's been hack'n'slashing and shoot'em'uping ever since. Mainly an FPS and action guy, Jason enjoys the occasional well crafted title from every genre.
@jason_tas
Previous New DLC coming for Nascar The Game
Next The Last of Us infecting comic shops today