So there’s a little game coming out later this year, you might have heard of it, it’s called Grand Theft Auto 5.

And here’s your first glorious look at the official cover art for the fifth numbered GTA title. Bask in its glory: 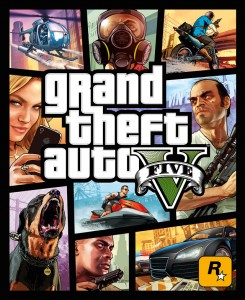 The cover shows all three major characters in the game- Michael, Trevor and Franklin as well as some hints at some of the vehicles you’ll be able to operate in the upcoming crime saga.

Jason's been knee deep in videogames since he was but a lad. Cutting his teeth on the pixely glory that was the Atari 2600, he's been hack'n'slashing and shoot'em'uping ever since. Mainly an FPS and action guy, Jason enjoys the occasional well crafted title from every genre.
@jason_tas
Previous Spidey’s villains to get Superior
Next Best Of PlayStation Network: Volume 1 On The Way