Home / Mac / Telltale announces Fables ‘The Wolf Among Us’

Telltale announces Fables ‘The Wolf Among Us’

The DC Vertigo book Fables is set to get the graphic adventure treatment from Telltale in ‘The Wolf Among Us’. 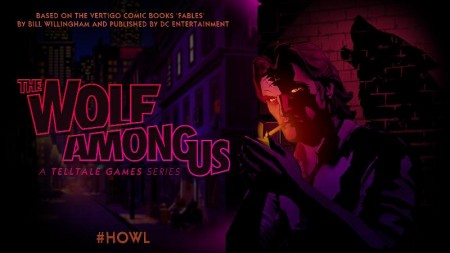 Fables, from DC Comics’ Vertigo brand, has been around just over a decade now – since 2002. It;s easy to see why the book has had such a great run too, as it’s easily one of the most interesting takes on classic fairy tales that’s ever seen the printed page in any format. Fables tells the tale of the fairy tale characters that you know from fiction, but brought into the modern world and planted in in a dingy, rundown neighborhood in New York City.

Thought they’re hidden and look like normal people, they have all their powers and abilities from the fictional worlds they hail from. It’s a very cool twist that has caught on with readers and become a universe unto itself.

“Developing ‘The Wolf Among Us’ based on the ‘FABLES’ universe has allowed our studio to build upon all of the hallmarks of what makes our episodic series so engaging for players,” said Dan Connors, CEO and Co-Founder of Telltale Games. “Through an evolution of our approach to choice and consequence, we can further explore the complexity of each and every iconic character in a universe rich with untold history from the darkest sides of the storybooks.”

The upcoming games from Telltale will take one of these characters, Bigby Wolf (formerly known as the ‘Big Bad Wolf’- perhaps you’ve heard of him?) and weave that now standard Telltale magic as he deals with the various personalities and day-to-days in a wonderland that’s forced to be anything but.

Set prior to the events seen in the first issue of the FABLES comic book series, The Wolf Among Us puts players in the role of Bigby Wolf, a man once more infamously known as The Big Bad Wolf. Now the sheriff of a hidden community in New York City, exiled from the land of fairy tales, Bigby is tasked by the bureaucrat Snow White to keep order within a society of mythical creatures and characters trying to remain undetected in the world of the mundane. From a chain-smoking member of ‘The Three Little Pigs,’ to a car-stealing Mr. Toad itching for his next wild ride, The Wolf Among Us examines the lives of beings straight from the pages of myth and lore, now trying to survive on the meanest and most run-down streets of New York City.

Details are still a little light at this point, but the game will be an episodic adventure (which is right in line with Telltale’s other titles) and will debut this Summer. Look for DC Comics’ and Vertigo’s Fables ‘The Wolf Among Us’ to appear on the Xbox 360, PS3, Mac and PC.

Jason's been knee deep in videogames since he was but a lad. Cutting his teeth on the pixely glory that was the Atari 2600, he's been hack'n'slashing and shoot'em'uping ever since. Mainly an FPS and action guy, Jason enjoys the occasional well crafted title from every genre.
@jason_tas
Previous Valiant announces new round of 2nd printings
Next New Divinity title hits Kickstarter