The Video Game BAFTA’s: Does the gaming industry need approval?

Aside from the industry patting themselves on the back, do we really need or even care about the BAFTA’s? 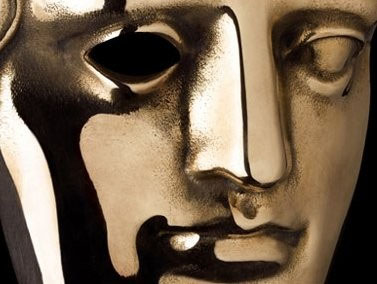 This has a lot to do with the fact that while most people enjoy film, the same cannot be said about video games. Although changing to a degree with the dawn of mobile gaming on smart phones and tablets, gaming is still only enjoyed by a close knit minority. Some individuals of an older generation don’t even understand what ‘playing a game’ truly entails. It is a fact that by most, those who play video games are seen as nerdy, geeky and, if they’re older than 21 and still playing them, even a bit weird! This has led to gamers, and the whole associated culture, being relatively insular. Is this changing? Do we gamers want to be seen differently? Is this, I ask you, why we have the BAFTA video game awards?

The video game BAFTA’s do not have the same results as the Oscars or the regular BAFTA’s do in the realm of film. If a movie is even nominated for, let alone wins, a prize it usually generates more associated hype and thus more takings at the box office. I would be extremely surprised, however, if any gamers, even the more seasoned and hardcore variety, knew which games were even nominated for awards. Moreover, would the presence of a sticker on the front cover of a game release stating that the titles had either been on the shortlist or won a video game BAFTA actually make anyone purchase it that wouldn’t have anyway? I strongly feel that the answer would be a resounding no.

If this is the case, then why have them? There are two distinct possibilities. Firstly, as said before, they are purely a public relations exercise to show the games industry, and those who play them, in a more positive light. The video game BAFTA’s are therefore not there for our benefit, the gaming public, but ultimately for those who don’t. The second possible reasoning for the awards is a self-congratulatory process devised by the industry for the industry itself. This would also seem quite likely, but most awards would probably to fall into this category to some degree.

Yesterday morning, the day after the video game BAFTA’s, the bulk of gaming sites either ran extremely small stories on the awards or, in some cases, none at all (We didn’t – ed). Do people not want to know that Dishonored won ‘Best Game’ or that Journey won for ‘Artistic Achievement’ among many others? Hmmm, the stench of video gamers’ disinterest wafts through the air, me thinks!

If they are purely there for the industry to pat itself on the back, then why bother at all. If, though, it is there for a PR exercise then I’m sure a better one could be devised. If the movie BAFTA’s are sometimes seen in the UK as the poor man’s Oscars, then this video game version is surely one for paupers. For all the good that this over-bloated and pompous event actually does, I say that we abandon it now!

Jason's been knee deep in videogames since he was but a lad. Cutting his teeth on the pixely glory that was the Atari 2600, he's been hack'n'slashing and shoot'em'uping ever since. Mainly an FPS and action guy, Jason enjoys the occasional well crafted title from every genre.
@jason_tas
Previous EA Disable Some SimCity Features
Next Dark Horse Comics is Super Brutal with X