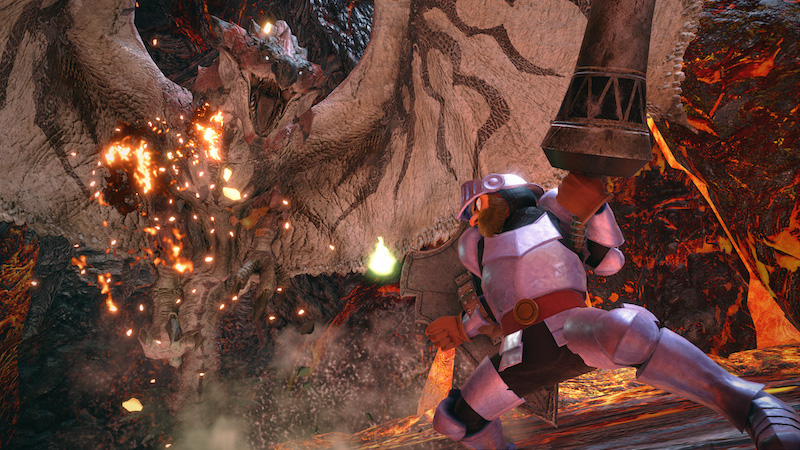 It’s time to hunt some beasties once again, as Monster Hunter Rise is here today for PlayStation and Xbox consoles, and that includes Game Pass.

To overcome the looming Rampage, the hunters of Kamura make use of the new Palamute hunting companions and “Wirebug” grappling mechanic as they engage in the series’ trademark action-packed combat. The “Canyne” Palamute companions join the series favorite “Felyne” Palicoes in assisting players while out on hunts. In addition to lending their considerable offensive capabilities to any fight, Palamutes can also carry hunters on their backs to swiftly chase fleeing monsters and traverse the open maps. Wirebugs, on the other hand, enable hunters to nimbly grapple in any direction during a hunt, and can be paired with each of the 14 weapon types to create unique “Silkbind Attacks.” Damaging monsters with these new attacks make them susceptible to the new “Wyvern riding” technique, which allows players to temporarily take control of a monster and yield spectacular battle sequences during a hunt.

In addition to the above, which is the bulk of the game, there’s also the new Rampage “quest type”. In that new mode, players can work with villagers to fortify their town, to defend against “waves of invading monsters, including any powerful Apex monsters that may arrive during the siege”.

Players will also be able to switch-up some skills on the fly to customize their hunts, and battle alongside others online. That’ll come complete with sliding difficulty scales too, which should provide a solid experience for all.

Monster Hunter Rise is out now for Xbox and PlayStation platforms, and is a part of Game Pass as well.

Jason's been knee deep in videogames since he was but a lad. Cutting his teeth on the pixely glory that was the Atari 2600, he's been hack'n'slashing and shoot'em'uping ever since. Mainly an FPS and action guy, Jason enjoys the occasional well crafted title from every genre.
@jason_tas
Previous The Witcher 3 gets current-gen, disc-based launch this month
Next It’s going to be a summer of symbiotes for Venom’s 35th