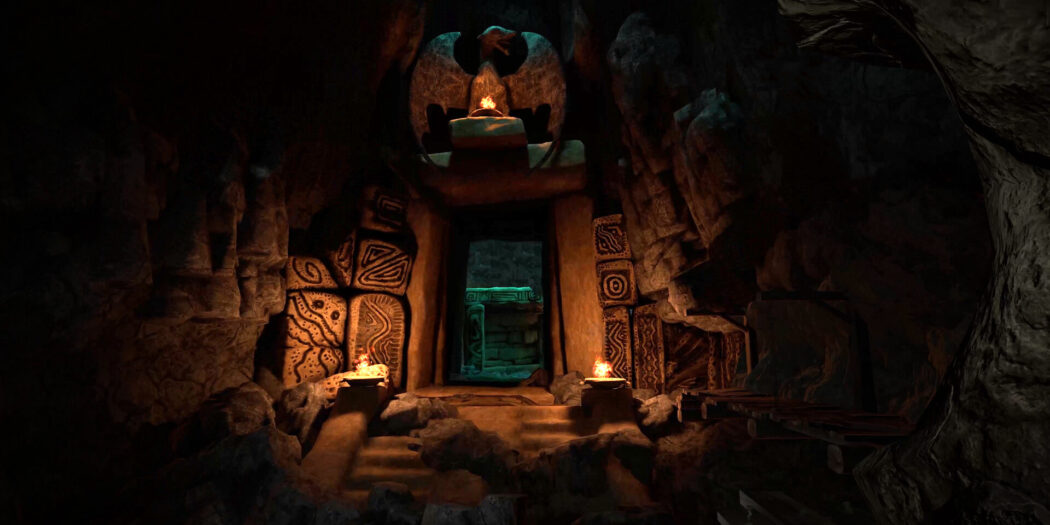 First seeing release in the 70’s, Colossal Cave is getting a remake. It’s one to get excited about too, coming from ‘adventure’ luminary Roberta Williams.

If you’re a PC fan who cut his or her gaming-teeth the 80s or 90s, then you know all about the name Roberta Williams. Together with her husband Ken and their company Sierra On-Line, Williams produced some of the greatest adventure games of all time.

Seriously, she counts (edit – pointed out by a reader, while SQ was from Sierra On-Line, it wasn’t one of Roberta’s!), King’s Quest, and Phantasmagoria to her credit. The genre doesn’t get much more iconic than those titles. And now, as you can see, she’s back with a brand new adventure.

That’d be Colossal Cave – Reimagined by Roberta Williams. Now, if you don’t remember Colossal Cave, you’re forgiven, since it was originally released some 46 years ago, in 1976. It was also a text-adventure.

But as you can see, it’s looking radically different now…

Wander into a breathtaking fantasy realm full of magical beings and endless possibilities. Trek through miles of underground labyrinths glittering with gold and gems awaiting discovery.

Solve complex puzzles throughout the caverns, collecting priceless treasures and mystical items before returning home at the end of an unforgettable journey.

You won’t have to wait long to quest into the Colossal Cave, as the game is targeting a release later this year. So, next month then. Look for it on the Xbox Series X|S, PS5, Switch, Mac and PC (via Steam and Epic).

Jason's been knee deep in videogames since he was but a lad. Cutting his teeth on the pixely glory that was the Atari 2600, he's been hack'n'slashing and shoot'em'uping ever since. Mainly an FPS and action guy, Jason enjoys the occasional well crafted title from every genre.
@jason_tas
Previous Trailer: Animal Shelter Simulator finds a home on Xbox this week
Next Trailer: Get your casket ready, Gungrave G.O.R.E is here