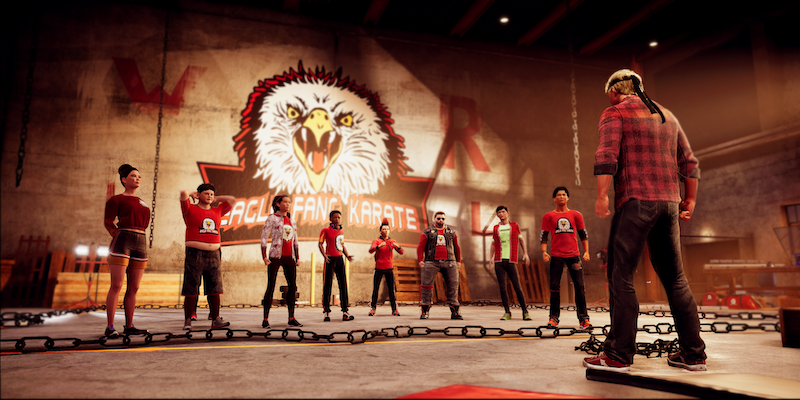 The sequel to the first video game adaptation of anything “Karate Kid” since the 80s, Cobra Kai 2: Dojos Rising is out now on consoles and PC.

Cobra Kai 2: Dojos Rising, the new video game inspired by the hit action-comedy series, is now available on PlayStation®5, PlayStation®4, Xbox Series X|S, Xbox One, Nintendo Switch, and PC via Steam for $49.99. Experience the intense rivalry and pulse-racing action at the heart of the Cobra Kai saga. Go blow-for-blow in bare-knuckle battles with and against your favorite characters as you lead your chosen dojo and team of highly skilled fighters to secure your legacy as the Grand Champion of the All Valley Tournament!

Cobra Kai 2: Dojos Rising is out now for Xbox and PlayStation consoles, plus the Nintendo Switch and PC. In addition to the standard release, there’s also a Nemesis Edition of the game, which is up for sale digitally only.

That version of the game allows players to play as Hammer, Bo, Gabriel, Skeleton Lord, and Terry Silver in the All Valley Tournament mode, and adds in a jukebox feature. If you’re a big fan of the show, then you might want that, since the game’s tunes are from the actual Cobra Kai composers, Zach Robinson and Leo Birenberg.

Jason's been knee deep in videogames since he was but a lad. Cutting his teeth on the pixely glory that was the Atari 2600, he's been hack'n'slashing and shoot'em'uping ever since. Mainly an FPS and action guy, Jason enjoys the occasional well crafted title from every genre.
@jason_tas
Previous Trailer: Giddy up for some co-op vampire slaying in Evil West
Next A trio of new Star Wars comics are set to flesh out the New Republic era