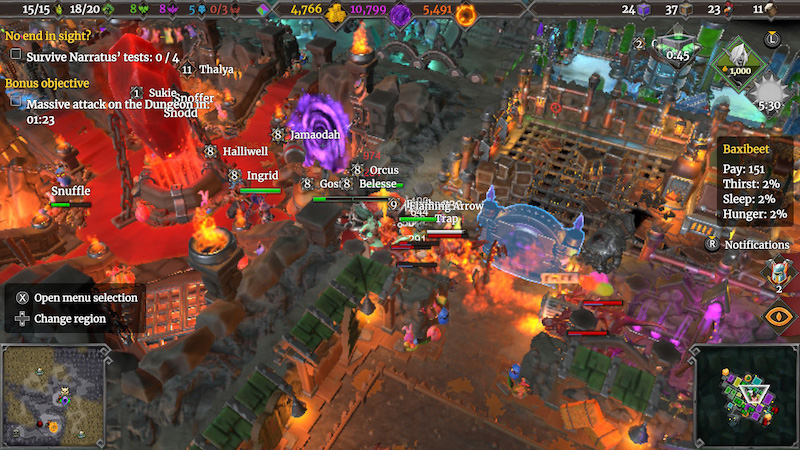 Portable raiding? No, the other way around. Dungeons III puts players in the grieves of an evil warlord, and it’s up to them to defend against pesky heroes.

In Dungeons 3 – Nintendo Switch™ Edition, players can set the Snots to work on creating their very own unique underground dungeon from a vast array of rooms, traps, and structures. Take on the extensive single-player campaign featuring 20 missions, several skirmish maps, and hordes of malevolent monsters. Raise a despicable army of orcs, succubae, zombies, and other cruel creatures, all ready to cast corruption across the once beautiful overworld (gross). Dungeons 3 – Nintendo Switch™ Edition also includes the Once Upon a Time, Evil of the Caribbean, and Lord of the Kings expansion packs.

Jason's been knee deep in videogames since he was but a lad. Cutting his teeth on the pixely glory that was the Atari 2600, he's been hack'n'slashing and shoot'em'uping ever since. Mainly an FPS and action guy, Jason enjoys the occasional well crafted title from every genre.
@jason_tas
Previous TGS 22: Capcom reveals SF6 details, including custom characters, and 4 returning legends
Next Nintendo Download: The Second Biggest Monkey Headline Guybrush Has Ever Seen