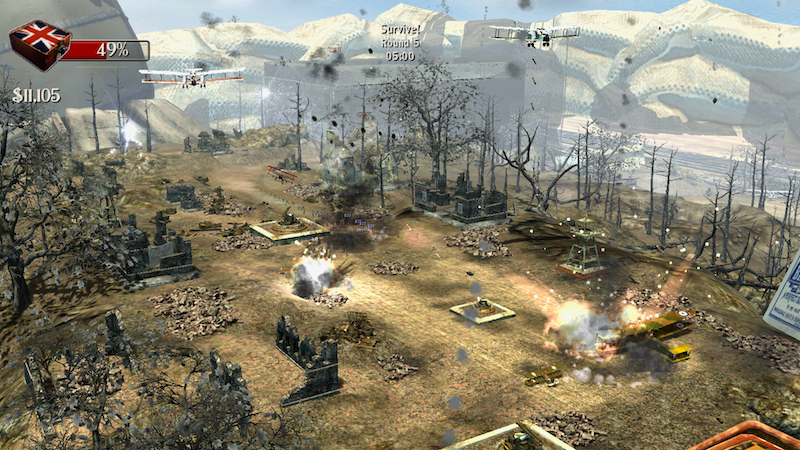 On the relative eve of launch, the Switch edition of Toy Soldiers HD has been put on hold. Accelerate Games cites the multiplayer as the issue.

We’re only a few days away from the scheduled release date for Toy Soldiers HD, which was set for August 5th. But, as you can see from the headline, that’s not going to happen.

Developer Accelerate Games released a statement today, pointing to the multiplayer as the cause of the delay. According to the company, the software is not communicating properly with the consumer version of the Switch, when in multiplayer mode.

What that means exactly is anyone’s guess, but the end result is that the game will be nudged back. How far back though, is also anyone’s guess, as Accelerate hasn’t highlighted a revised date.

So if you were looking forward to this one, sit tight. We should have some kind of info on the launch sooner than later.

Here’s the full statement from the company:

We regret to inform you that we must hold the release of Toy Soldiers HD for Nintendo Switch for a bit longer.

Although we passed extensive quality assurance testing it was discovered that the game’s software is not communicating properly with the consumer version of the console when in multiplayer mode.

Our partners are collaborating with us to quickly implement a solution. Collectively, we all want you to be able to enjoy the full Toy Soldiers HD experience. Whether in single or multiplayer, we want you to experience the game’s hybrid FPS tower defense gameplay.  Survey the battlefield, carefully place your units before the first wave of attackers arrives, and then jump directly into the action and control machine guns, artillery, mortars, flamethrowers and more.

We look forward to seeing you take to the skies and rain down fire from above, take out enemy bombers or earn your victory in exciting dogfights as you pilot the first airborne war machines. Control fearsome armored vehicles and tanks with explosive firepower as you win the war and earn your upgrades for the next thrilling battle on the road to victory!

We will keep you updated and look forward to releasing the game soon.

From the Team at Accelerate Games

Jason's been knee deep in videogames since he was but a lad. Cutting his teeth on the pixely glory that was the Atari 2600, he's been hack'n'slashing and shoot'em'uping ever since. Mainly an FPS and action guy, Jason enjoys the occasional well crafted title from every genre.
@jason_tas
Previous Microprose’s Cold War RTS “Regiments” hitting PC next month
Next 1971: Indian Naval Front tells a historical (and niche) war story